Fears of coronavirus pandemic grows around the world 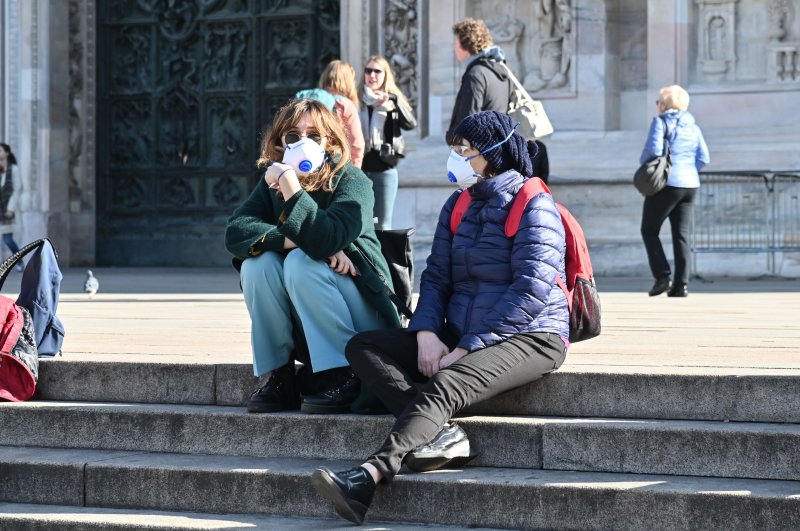 Fears of the coronavirus pandemic are growing amid a rising number of deaths, confirmed cases and accelerating spread of the virus in Europe, Middle East and Asia, bringing the total number of countries with infections above 30.

Since the World Health Organization (WHO) declared the accelerating outbreak a global emergency on Jan. 30, the virus has continued to make its way across the globe. The Geneva-based WHO said earlier it no longer had a process for declaring a pandemic but the coronavirus outbreak continues to spread to different countries.

Worldwide, the number of people sickened by the coronavirus topped 79,000, and wherever it sprung up, officials rushed to try to contain it. China still has the vast majority of cases but as it records lower levels of new infections, attention has shifted to new fronts in the outbreak. While Italy is fighting to contain the biggest outbreak of coronavirus in Europe by sealing off a dozen northern Italian towns where more than 150 of the cases were found, the Middle East, Kuwait, Bahrain, Afghanistan and Iraq on Monday recorded their first new coronavirus cases. In South Korea, cases have skyrocketed to more than 800.

The head of the WHO expressed concerns Monday over the virus' spread in Iran and Italy. “It is an incredible time. Less than two months ago, the coronavirus was completely unknown to us," WHO Tedros Adhanom Ghebreyesus told reporters. “The past few weeks have demonstrated just how quickly a new virus can spread around the world and cause widespread fear and disruption.

Health officials are still puzzled over certain cases with no obvious links with infected persons. "The rapid increase in reported cases in Italy over the past two days is of concern," WHO spokesperson Tarik Jasarevic said on Sunday. "What is also worrying is that not all reported cases seem to have clear epidemiological links, such as travel history to China or contact with a confirmed case," he added.

Far from where the illness first emerged, authorities in Italy battled to contain Europe's first major outbreak. The country has the largest number of cases outside of Asia, including at least seven deaths and more than 200 confirmed cases as of Monday, prompting the government to close off the worst-hit areas in the northern regions of Lombardy and Veneto. In the country’s northern Lombardy region, which includes the nation’s financial capital, Milan, the governor announced Sunday that the number of confirmed cases stood at 110.

Venice, which is full of tourists for Carnival events, reported its first two cases, said Veneto Gov. Luca Zaia, whose region includes the lagoon city. It wasn't immediately known if the two infected had participated in Carnival festivities. As Italy scrambled to check the spread of the virus, authorities announced that all Carnival events had been called off as well as major league soccer matches in the stricken region. Cinemas and theaters were also shuttered, including Milan's legendary La Scala.

The deaths, and steadily rising number of cases of infected people, have prompted a series of security measures in neighboring countries to try to check the spread of the contagion. On Saturday night, Prime Minister Giuseppe Conte had ruled out reintroducing border controls with European neighbors, in the suspension of the EU's Schengen rules. However, neighboring Austria suspended rail traffic on a key route from Italy for hours on Sunday because of two German women with fever who were riding a train from Venice to Germany via Austria.

While Austrian authorities scrambled to stop the country's possible first coronavirus import, hundreds of passengers were stranded on the Brenner mountain pass that separates Italy and Austria's Tyrol province.

In Switzerland, the canton of Ticino announced that its hospitals would isolate and test all patients with COVID-19-type symptoms, even if they have no known links with China or with other infected patients. Ticino borders Lombardy. Some 68,000 people commute from Italy to Ticino for work every day.

Italy’s other neighbors Slovenia and Croatia, which are popular destinations for Italian tourists and whose own citizens often travel to Italy, were holding crisis meetings Monday. Croatia announced it would monitor any travelers coming from Italy, including Croatian children returning from school trips. Fears stretched as far away as Mauritius, which blocked an Alitalia airplane that had landed.

Iran, which announced its first two cases Wednesday, said it had confirmed 61 cases and 12 deaths. Most of the infections were in the Shiite Muslim holy city of Qom. As the Health Ministry insisted only 12 deaths have been recorded to date in the country, a staggering 50 people have died in the Iranian city of Qom from the new coronavirus this month, a lawmaker was quoted as saying on Monday.

Iran's government rejected his claim that the virus had killed 50 in Qom. "I categorically deny this information," Deputy Health Minister Iraj Harirchi said in a news conference that aired live on state television. "This is not the time for political confrontations. The coronavirus is a national problem," he added.

The outbreak of the virus in Iran comes as its economy buckles under pressure from U.S. economic sanctions. The virus threatens to isolate Iran even further as neighboring countries closed their borders with Iran. Many of Iran's neighbors have reported cases of coronavirus in people who had traveled to the Islamic republic.

Authorities in Iraq and Afghanistan, which shut their borders with Iran, announced their first confirmed coronavirus cases Monday. Kuwait, Bahrain and Oman also announced their first cases. In all four countries, the infected patients had links with Iran. Travelers from Iran infected with the virus have also been confirmed in Canada, Lebanon and the United Arab Emirates.