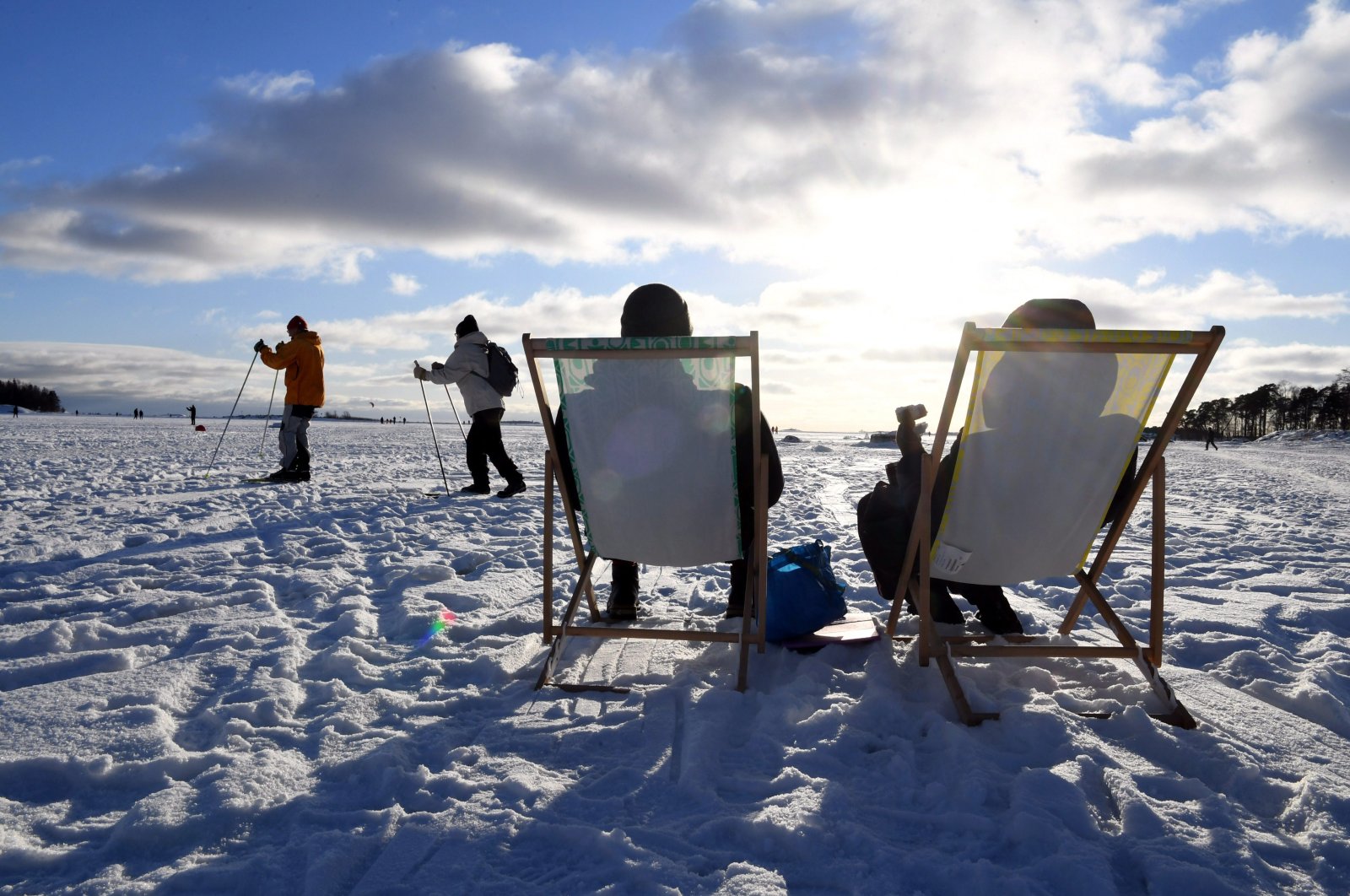 Finland has retained its title as the world's happiest nation for the fourth time in a row, according to the U.N.-sponsored World Happiness Report.

Once notorious for its bland food and long, harsh winters, Finland's repeated success in the annual happiness rankings has helped transform the country's global reputation, boosting tourism and business.

The report elicited some raised eyebrows when it first placed Finland at the top of its listings in 2018: many of the Nordic country's 5.5 million people freely describe themselves as taciturn and prone to melancholy, and admit to eyeing public displays of joyfulness with suspicion.

"When I first heard – and I'm not alone, I would say – I had a big laugh," television producer Tony Ilmoni told Agence France-Presse (AFP) on the still-snowy streets of the capital Helsinki on Friday, when Finland was crowned the happiest nation on earth for the fourth year running.

But the worldwide survey in fact seeks to quantify individuals' personal freedom and satisfaction with their lives, using survey data from 149 countries alongside measures such as GDP, social support and perceptions of corruption.

Finland excels with its quietly world-class public services, low levels of crime and inequality, and high levels of trust in authority.

"The basics are really good here: we don't have anyone living in the streets, we do have unemployment but the health service works, the big things like that," flower seller Riitta Matilainen told AFP.

"But we could be a bit more outgoing and joyful!"

The northern country's long dark winters were once reputed to be behind high levels of alcoholism and suicide, but a decade-long public health drive has helped cut rates by more than half.

'Who wouldn't want to live here?'

For tourism and country-branding chiefs, the "world's happiest" title has been a blessing they were quick to capitalize on.

"Awareness of Finland has grown during the past few years," Paavo Virkkunen, head of Finland Promotion Services at Business Finland, told AFP.

After four years, the happiness trope has been used by countless Finnish businesses to market lifestyle products and to try to attract workers to relocate and join the country's tech sector.

Finland's unflashy cuisine was once derided as something to "endure" by Italian then-president Silvio Berlusconi, and slammed by his French counterpart Jacques Chirac.

But restaurateurs and product manufacturers now tout the simplicity and natural ingredients of Finnish cooking, claiming it as key to the country's no-nonsense approach to wellbeing.

The happiness marketing drive has been led, however, by the travel industry, with Finland's tourist office appointing Finnish "happiness ambassadors" tasked with introducing visitors to the secrets of Finnish wellbeing.

"People are curious about (our happiness) and they want to learn about it," Virkkunen said.

Key to the Finnish brand of happiness is going outdoors to enjoy the country's vast forests and thousands of lakes, as well as the traditional Finnish steam bath, the sauna.

By the start of 2020, tourism to Lapland in northern Finland had reached record levels and the country was attracting more foreign direct investment projects than anywhere else in the Nordics.

"Even though people are not able to travel now, you are able to dream about Finland and the happiness of a true connection with nature, where you can really unwind," said Virkkunen.

Finland's four-year dominance in the happiness stakes leaves one problem, however – where to go from here?

When this year's results were announced, "it would've been more news if Finland had been knocked off the top spot," Joel Willans joked.

The long-time Finnish resident believes that the country's well-functioning, low-stress society has in fact lowered Finns' tolerance for when things do go wrong.

"They get really aggrieved," he said. "Their happiness bubble is easily pricked when things don't go perfectly."

But the benefits of the world happiness title will be long-lasting, Virkkunen believes.

"I think we have grown as a nation, understanding the basics of happiness a bit better than we understood before," he said.