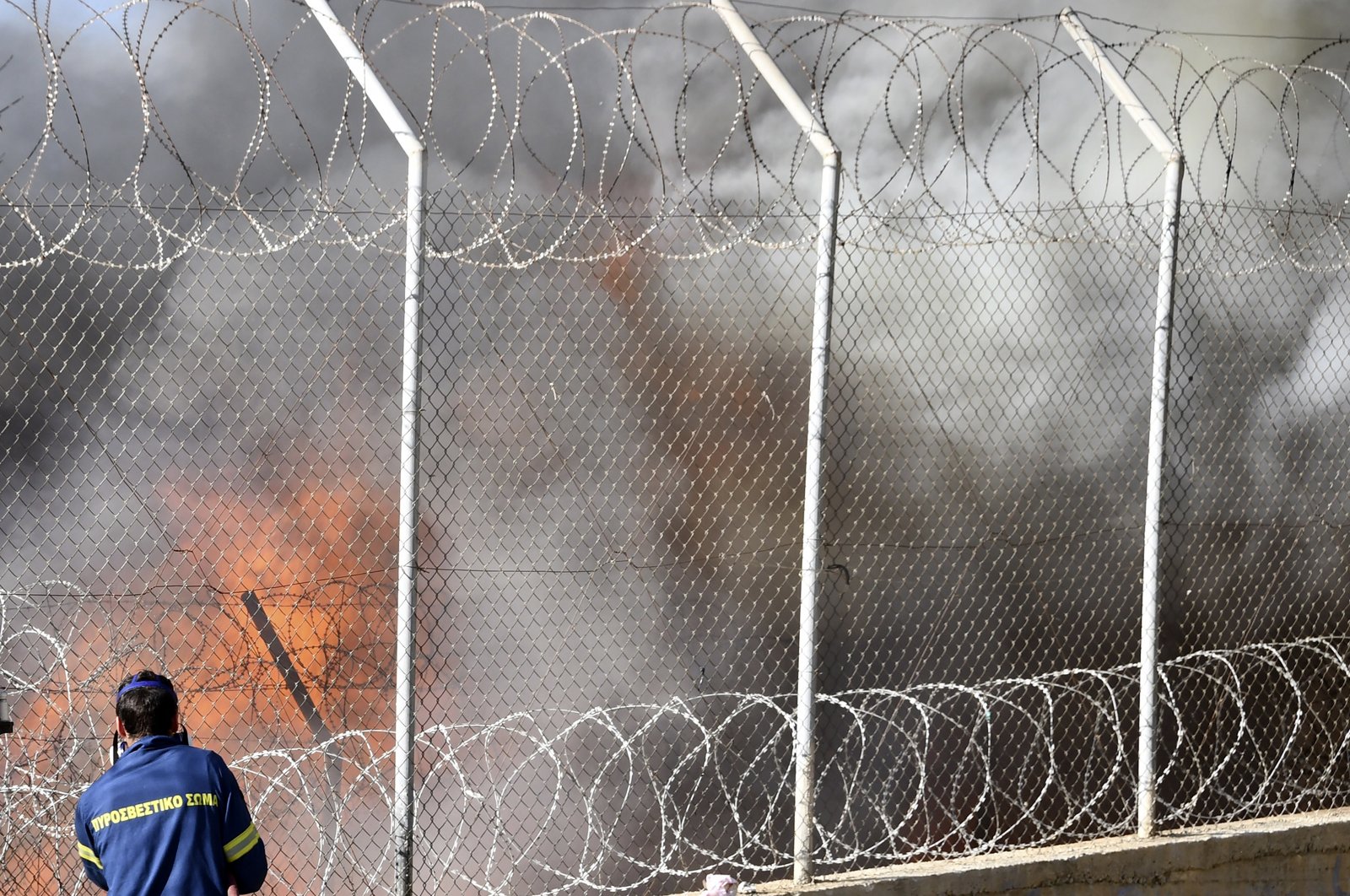 A fire has burnt through tents and some structures in an overcrowded refugee camp on the eastern Greek island of Samos for the second time in less than two weeks, with a nongovernment organization (NGO) warning hundreds of asylum-seekers had been affected.

The fire department said the blaze, which broke out Wednesday morning, was limited in size and was tackled by 24 firefighters using nine vehicles.

According to Agence France-Presse (AFP), about a dozen tents were destroyed before the blaze was brought under control, while the nongovernmental organization Samos Volunteers said nearly 600 people at the camp were affected. Many of the tents are packed closely together in the overcrowded camp and camping gas canisters the residents use for cooking caused small explosions. It wasn't immediately clear what caused the fire.

Several fires have broken out in recent weeks in the camp on Samos, which was initially intended for 648 migrants but now houses roughly 4,000.

Wednesday's fire came less than two weeks after a blaze burned down 15 tents, leaving at least 150 people without shelter at Samos camp. Late September, two more fires had broken out in the camp as a result of arson.

In September, a series of fires destroyed Greece's largest refugee camp, Moria, on the nearby island of Lesbos, leaving more than 10,000 people in need of emergency shelter. Greek authorities had said those blazes had been deliberately set by a small group of the camp’s residents protesting isolation and lockdown orders imposed after a coronavirus outbreak in the camp with poor conditions and lack of sanitation.

Greece is one of the main routes into the European Union of people fleeing poverty and conflict in Asia, Africa and the Middle East. The vast majority head to eastern Greek islands from the nearby Turkish coast, fleeing poverty or conflict in their homeland. The overcrowded camp and its dire conditions have been held up by critics as a symbol of failures of the EU's migration and refugee policy.