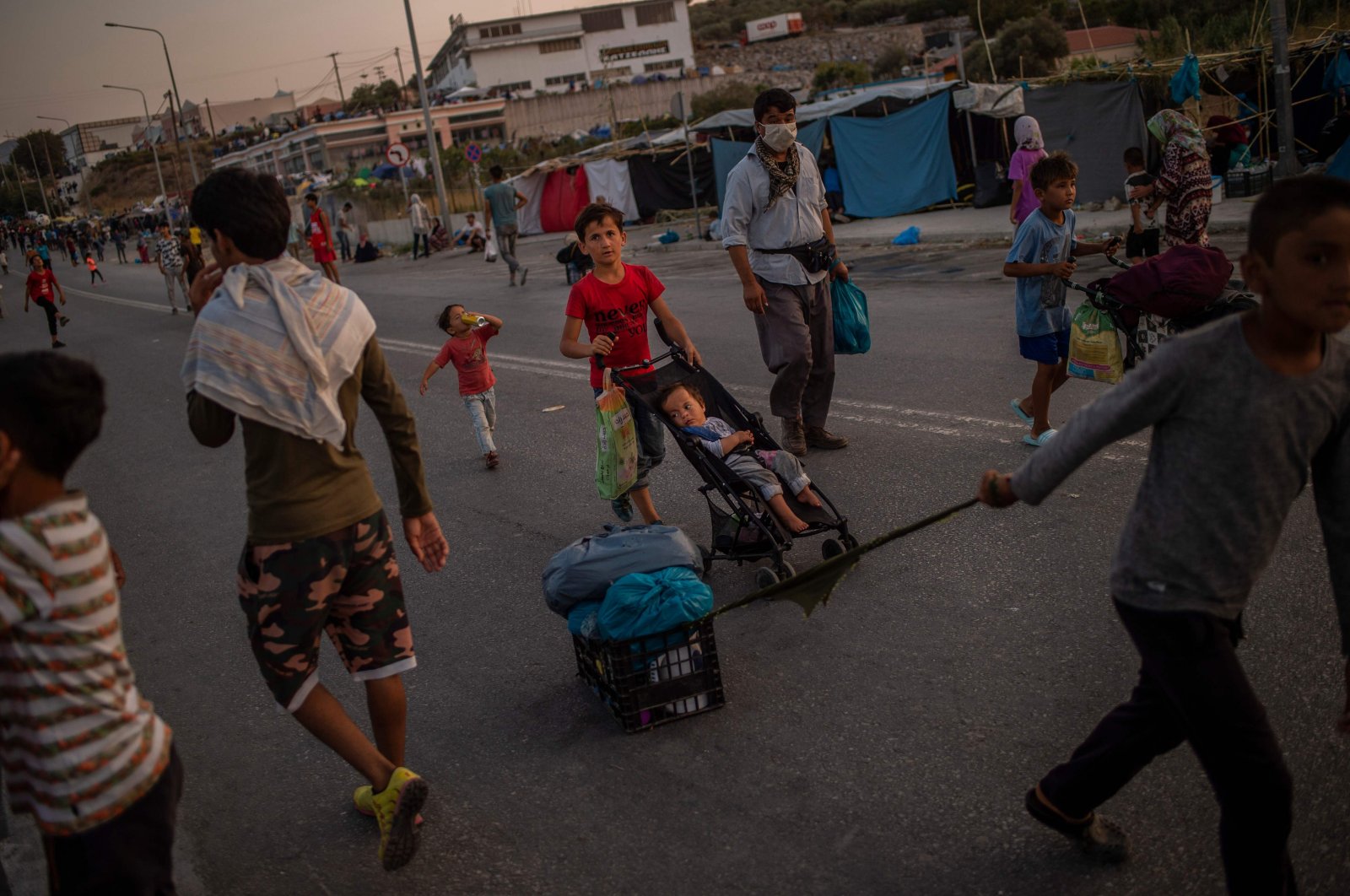 A migrant youngster drags a box carrying his belongings as he walks along a road near the Kara Tepe camp on the Greek island of Lesbos on September 15, 2020. (AFP Photo)
by Agencies Sep 15, 2020 10:22 pm

A fire broke out near a migrant camp on the northeastern Aegean island of Samos Tuesday, burning grass and forest, fire brigade and police officials said.

Camp facilities were not at risk, a police official said. The cause of the fire was still unclear.

"There is a fire on the edge of the registration center," the mayor of the town of Vathy told dpa. "No tents are burning yet, but I'm concerned."

A fire last week burned Greece's largest refugee camp on the island of Lesbos to the ground, forcing more than 12,000 people onto the streets and bringing the long-running migrant crisis on Europe's border back up the political agenda.