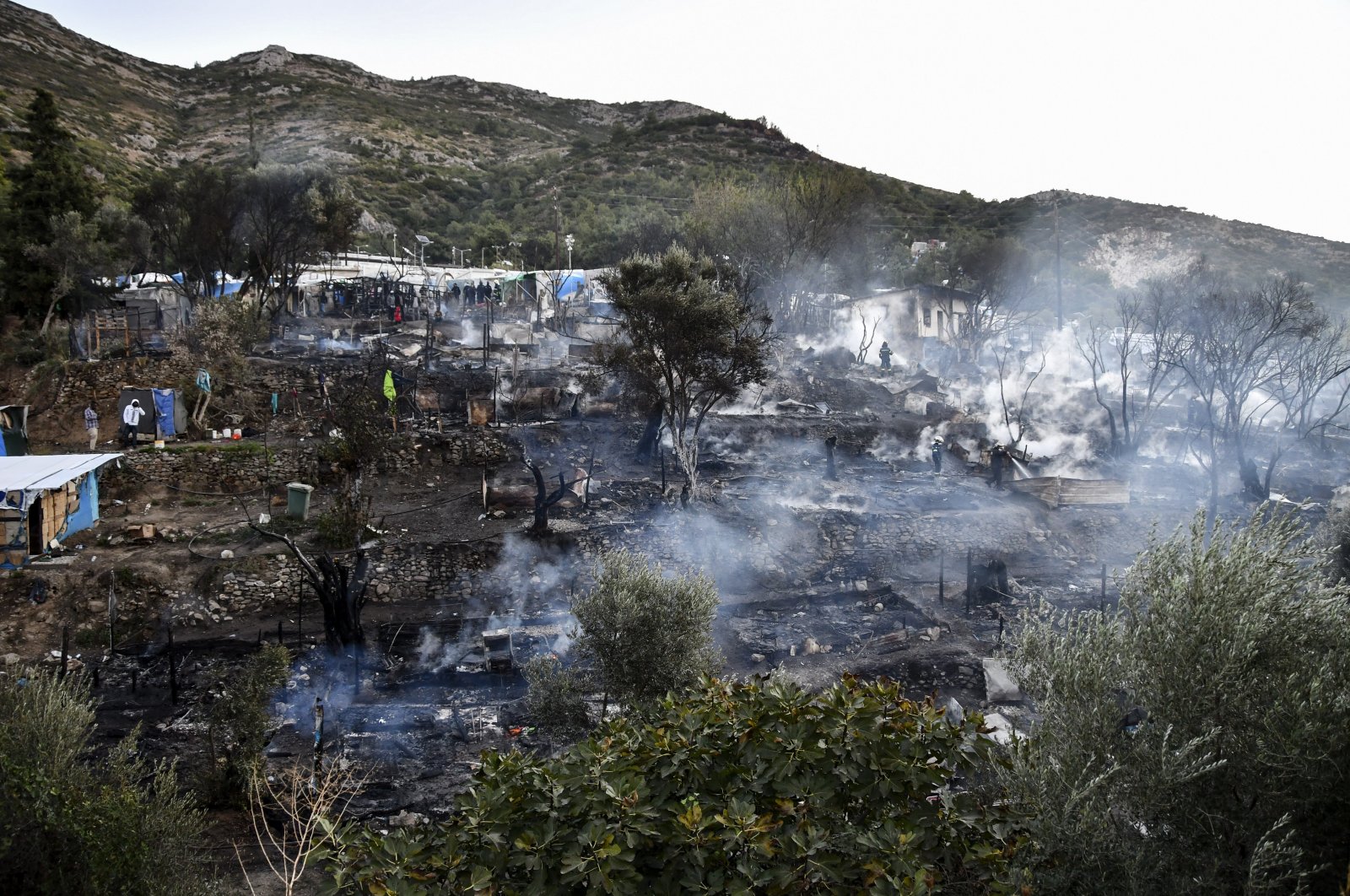 Three days after a deadly earthquake, a fire broke out in the refugee camp on Greece's Samos island on Monday, burning down 15 tents, leaving at least 150 people without shelter.

The blaze started at 4 a.m. local time and 21 firemen with seven vehicles battled for four hours to bring it under control.

The south-Aegean island of Samos was hit by a powerful earthquake that shook the region Friday and killed two teenagers on Samos and injured at least 19 other people on the island. The overall death toll in Friday's quake reached 85 in Turkey after teams found more bodies overnight amid toppled buildings in Izmir, the third-largest city.

The fire has once again revealed how desperate the situation in Greece's refugee camps has been. According to official figures, 4,200 people are sheltered at the Samos refugee camp, which was built for 600. Late September, two more fires had broken out in the camp as a result of arson.

In August, a fire destroyed the Moria camp on the Greek island of Lesbos, where prosecutors raised arson charges against four Afghan nationals. The Moria camp, has a capacity of just over 2,750 people but was housing more than 12,500 inside and in a spillover tent city that sprang up in an adjacent olive grove. It has been routinely criticized by rights groups and the United Nations High Commissioner for Refugees (UNHCR) for its lack of sanitation and overcrowding. Following the devastating fire, thousands have been forced to sleep in the open without access to food and water.

Since becoming one of the main gateways into Europe for migrants and asylum-seekers in 2015, Greece has built dozens of detention centers where overcrowding is common. The government, with European Union funding, has for months been attempting to build a new camp on Lesbos to replace Moria. But locals have resisted the move, clashing with riot police earlier this year to prevent construction from going ahead.

Moria houses people from Africa, Asia and the Middle East, who arrived on the island from the nearby Turkish coast, fleeing poverty or conflict in their homeland. The overcrowded camp and its dire conditions have been held up by critics as a symbol of failures in the EU's migration and refugee policy.