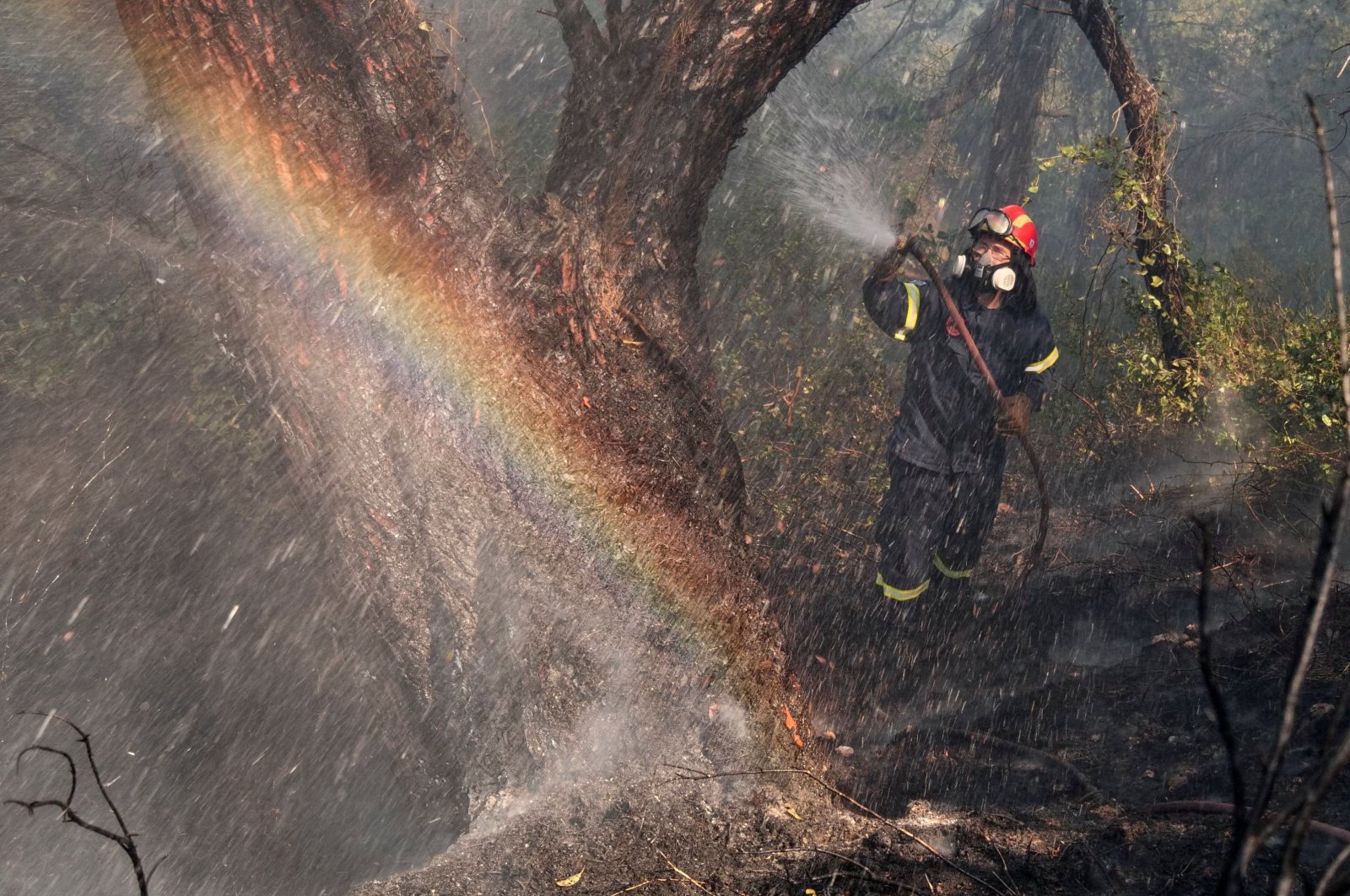 A firefighter tries to extinguish a wildfire burning in the village of Pefkenea, near Corinth, Greece, May 21, 2021. (Reuters Photo)
by French Press Agency - AFP May 22, 2021 11:35 am
RECOMMENDED

Firefighters on Saturday brought the main front of a forest fire near the Greek capital Athens under control as they battled the blaze for a third day.

The fire, on the Geraneia mountain range, some 90 kilometers (55 miles) west of the capital, is "one of the biggest in the past 20 to 30 years, and has come early in the season," fire chief Stefanos Kolokouris told ANT1 television.

More than 270 firefighters, backed by 16 aircraft and by the army were fighting the blazes, the fire service said.

No injuries have been reported, but a number of houses have been damaged or destroyed and a dozen villages and hamlets have been evacuated.

Better weather conditions allowed firefighters to bring the main front of the outbreak under control late on Friday, but there remain "several active and scattered" blazes, Kolokouris said.

Euthymios Lekkas, professor of environmental disaster management at the University of Athens said more the fires have burnt more than 55 square kilometers of pine forest and other land, some of it agricultural.

"It's a huge ecological disaster that needs work to avoid landslides and terrible flooding in the autumn," he told ERT public television.

The scale of the damage, notably for farmers, will only be clear once the fire is completely under control, the civil protection agency said.

It said the blaze started late on Wednesday near the village of Schinos close by the resort of Loutraki in the Corinthian Gulf, apparently by someone burning vegetation in an olive grove.

Smoke from the fire choked Athens with ash falling from the sky.

It was the first forest fire of the season.

In 2018, 102 people died in the coastal resort of Mati, near Athens, in Greece's worst-ever fire disaster.