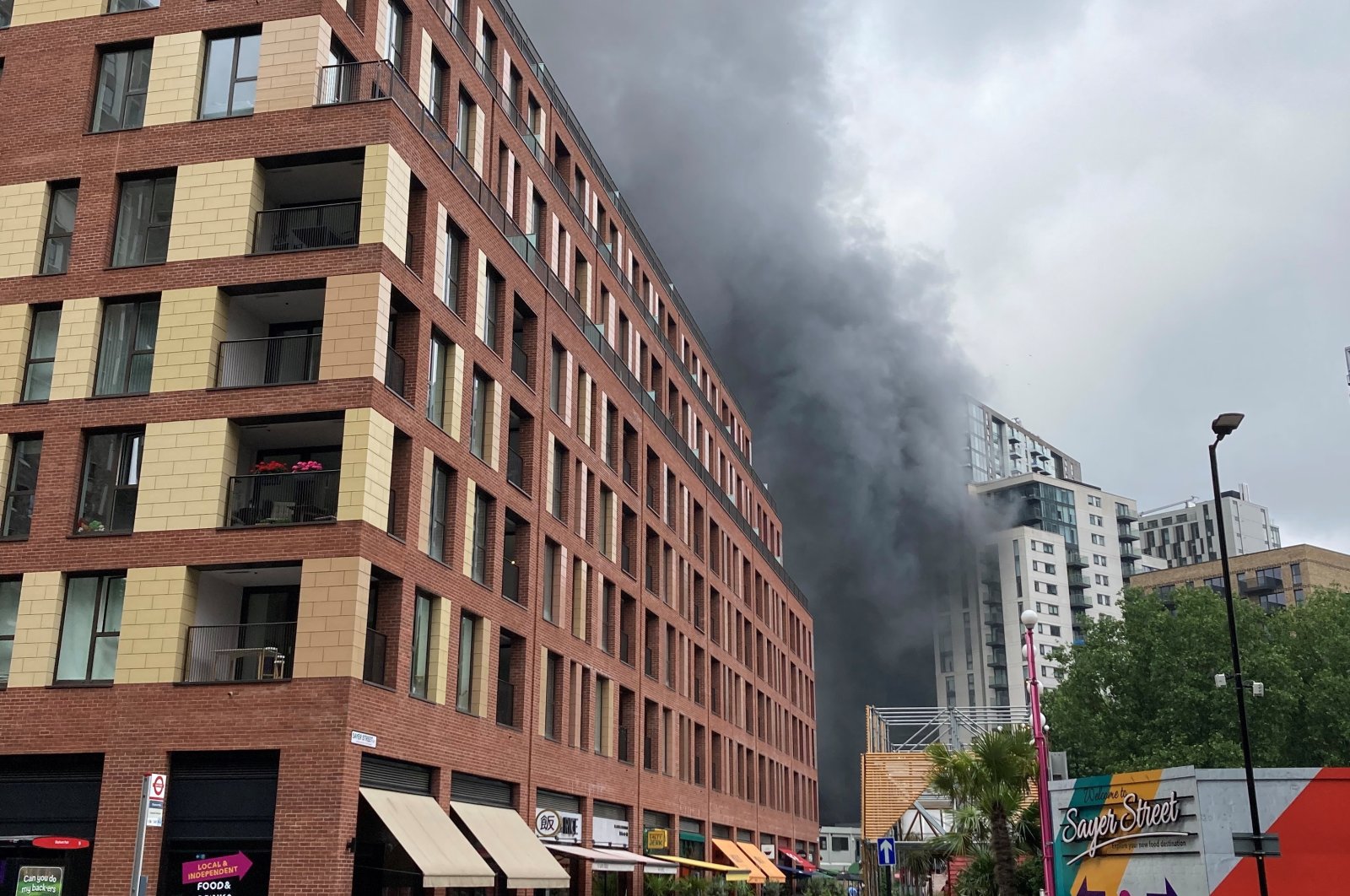 Smoke rises from the fire near Elephant and Castle station in London, Britain June 28, 2021 in this picture obtained from social media. (Social media/via Reuters)
by Agencies Jun 28, 2021 4:55 pm
RECOMMENDED

Around 100 firefighters appeared to have brought under control a big fire near the central London train station of Elephant and Castle that sent huge plumes of black smoke over the capital on Monday afternoon.

The London Fire Brigade said 15 fire engines and their crews battled the blaze at railway arches near the station, which is just south of the River Thames and near some major London landmarks, including the London Eye, as The Associate Press reported.

Six people were treated by medics Monday and one hospitalized after the blaze. The fire brigade said three commercial units below the railway arches were completely on fire and four cars and a telephone box near the station were also alight.

"Road closures are in place and people are advised to avoid the area and keep windows and doors closed," the fire brigade said, according to remarks carried by Reuters.

Elephant and Castle is a busy traffic intersection. It also is a major rail hub, home to a busy subway station on the Northern Line as well as overground trains that connects south London and north London.

London mayor Sadiq Khan said the fire was brought under control, but the ambulance service said it treated six people at the scene including for smoke inhalation, and took one of them to hospital.

"I want to thank our brave emergency services... who acted quickly to ensure both residents and passengers at the nearby station were safely evacuated," Khan said. Local police said the incident is not believed to be terror-related.