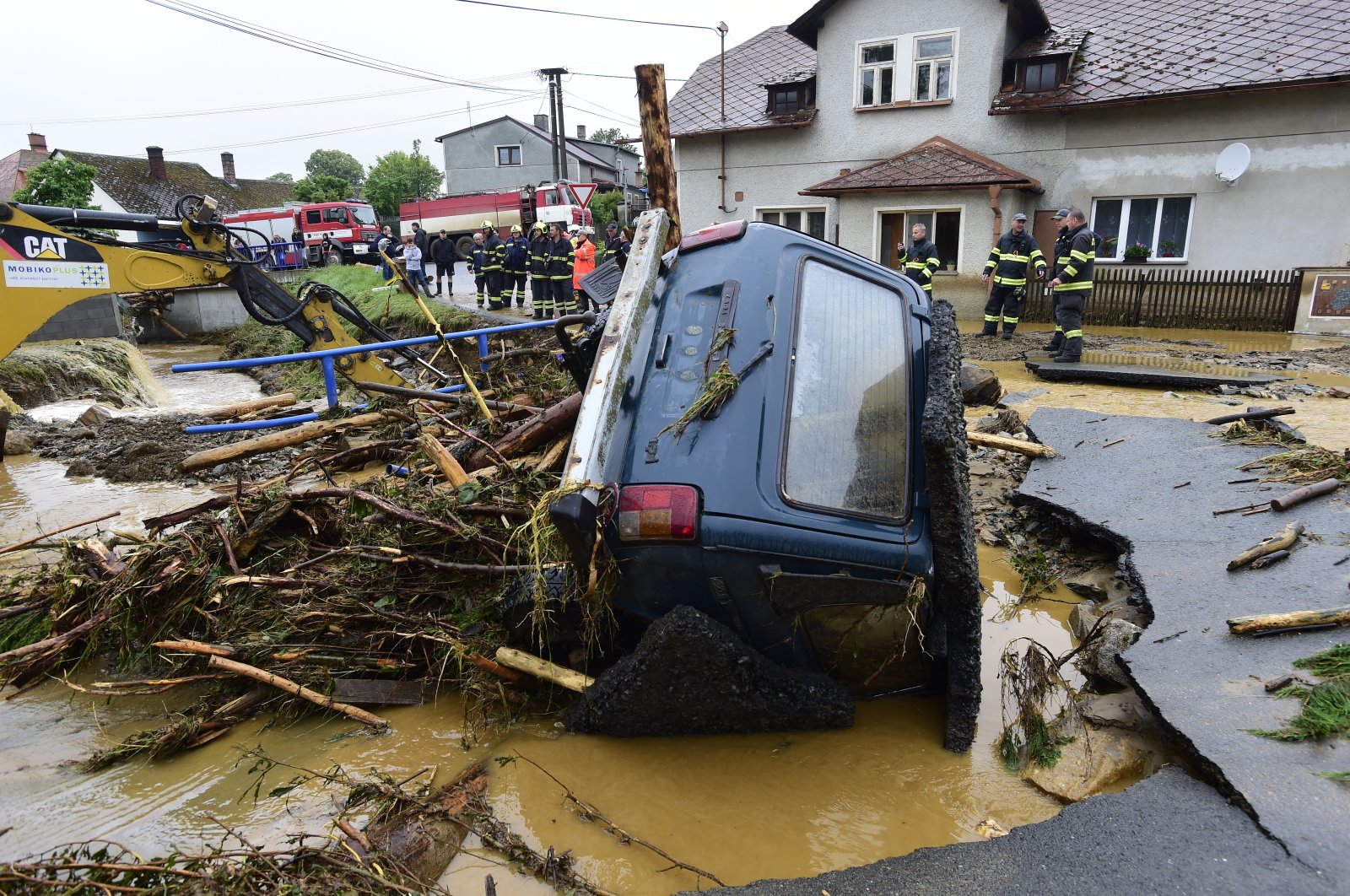 One person died, another is missing and dozens were rescued amid flash flooding in northeastern Czech Republic, rescuers said Monday.

Several towns and villages north of the city of Olomouc, 230 kilometers (140 miles) east of Prague, were flooded by 1 meter (3.3 feet) of water following thunderstorms that were accompanied by torrential rains overnight.

The raging water also destroyed a road bridge. The situation was calming down Monday morning.