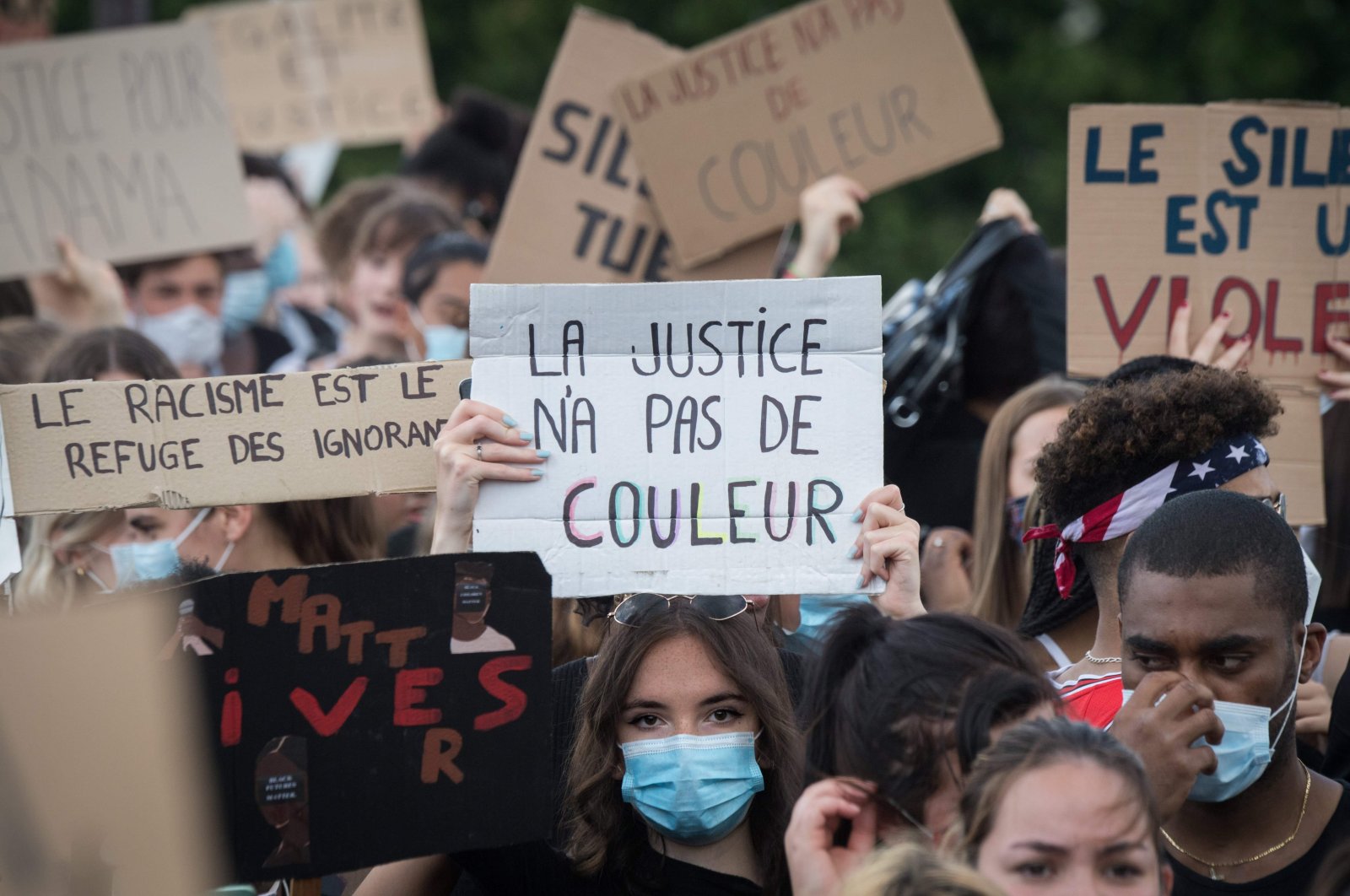 As George Floyd's death in the United States has resonated around the world, French banlieues, where impoverished and minority populations are concentrated, have become a symbol for growing protests against police violence and racial injustice.

A video circulated online in April showing a young man lying on the bloody ground next to two French police officers and quickly set off protests in struggling neighborhoods around the Paris region. The man had been riding on a motorcycle when he crashed into a suddenly opened police car door. Whether the door was opened on purpose or not is unclear, but what was clear was the anger the video sparked. A protest that night in the town of Villeneuve-la-Garenne led to others in a dozen Paris suburbs and similar neighborhoods around France in the ensuing days.

Protesters marching in solidarity with Floyd notably called for justice for Adama Traore, whose death in police custody in 2016 is still under investigation.

The relationship between police and marginalized residents of France’s low-income neighborhoods, many of whom are Arab or black and trace their roots to former French colonies, has long been tense. Safety measures intended to curb the spread of COVID-19 further empowered police – but also empowered community activists using apps or online sleuthing to track and challenge what they see as an abuse of police power.

Since 2005, tensions persist in French banlieues, flashpoints of anger over social and economic inequality and allegations of heavy-handed policing. In a pivotal moment for modern France, rioting engulfed the country for three weeks in 2005 after two boys who were running from police, Zyed and Bouna, were electrocuted while hiding in an electric generator in the Paris suburb of Clichy-sous-Bois. A state of emergency was declared and almost 3,000 people were arrested.

August 2012 was a tough month for France as a new wave of civil unrest occurred in the Amiens suburbs where police intervened to quell the unrest. The gangs of youth attacked police officers with firearms and buckshot, and that violent nights’ cost ran up into the millions to repair the damage caused by the urban youth.

In addition, the harsh policing of protests by the Yellow Vests movement, which was overwhelmingly white, at least in its earliest days, and against planned pension reforms has also drawn criticism. Videos from protests have repeatedly shown police using batons freely, and many people have been severely injured, including losing eyes from rubber bullets fired by police.

Clashes between police and French youth were also reported during the strictest virus lockdown measures, from March 17 to May 11. The trouble in Argenteuil, a suburb on the northern outskirts of Paris, marked the latest outbreak of disorder as France's strict lockdown rules to tackle the coronavirus increased social tensions.