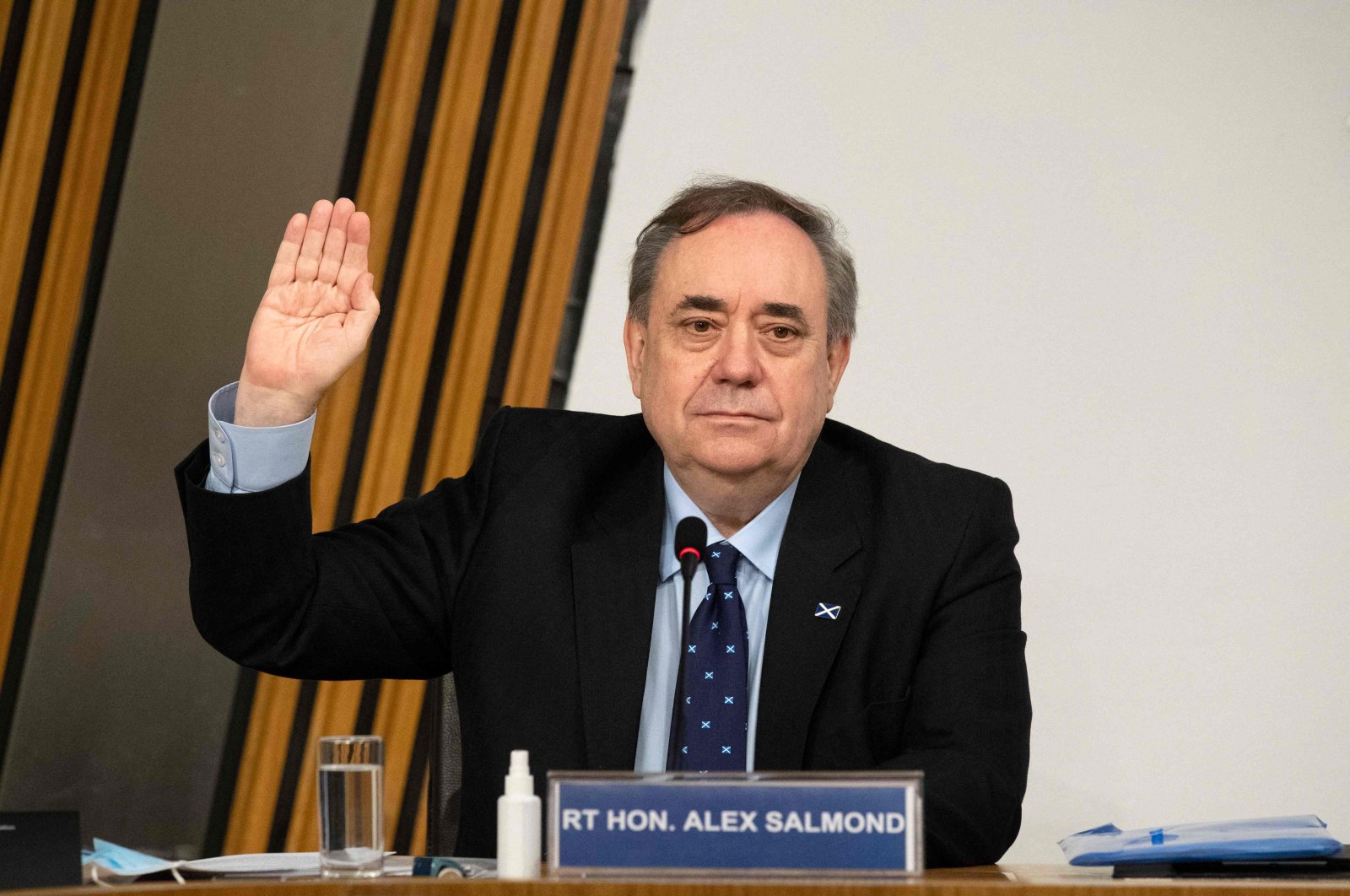 The former Scottish National Party leader and former first minister of Scotland, Alex Salmond, is sworn in before giving evidence to The Committee on the Scottish Government Handling of Harassment Complaints examining the government's handling of harassment allegations against him at Holyrood in Edinburgh, Scottland, Feb. 26, 2021. (AFP)
by REUTERS Mar 26, 2021 5:34 pm
RECOMMENDED

Former Scottish National Party (SNP) leader Alex Salmond has announced the creation of a new pro-independence party which will stand in the Scottish Parliament election, seeking to help build a political majority for breaking away from the rest of Britain.

"I'm announcing the public launch of a new political force: the Alba Party," Salmond said in a statement broadcast on Twitter.

"Alba will contest the upcoming Scottish elections as a list-only party under my leadership, seeking to build a supermajority for independence in the Scottish Parliament."

Salmond, as leader of the SNP, led the devolved Scottish government for seven years until 2014 and helped drive growing support for Scottish independence.

He was the most prominent pro-independence figure in the 2014 referendum in which Scots rejected splitting from the rest of the United Kingdom by 55%-45%.

Salmond and current SNP First Minister Nicola Sturgeon were close friends and allies, but they fell out after several women made sexual harassment complaints against him.

Salmond was acquitted in 2020 of charges of sexual assault, but has portrayed himself as the victim of a conspiracy to drive him out of public life, and won 500,000 pounds in legal costs from the Scottish government after its handling of an investigation into his behavior was ruled unlawful.

He said the Alba Party would run a positive campaign on independence and field candidates across Scotland.

"Over the next six weeks we'll promote new ideas about taking Scotland forward, giving primacy to economic recovery from the pandemic, and the achievement of independence for our country," Salmond said.