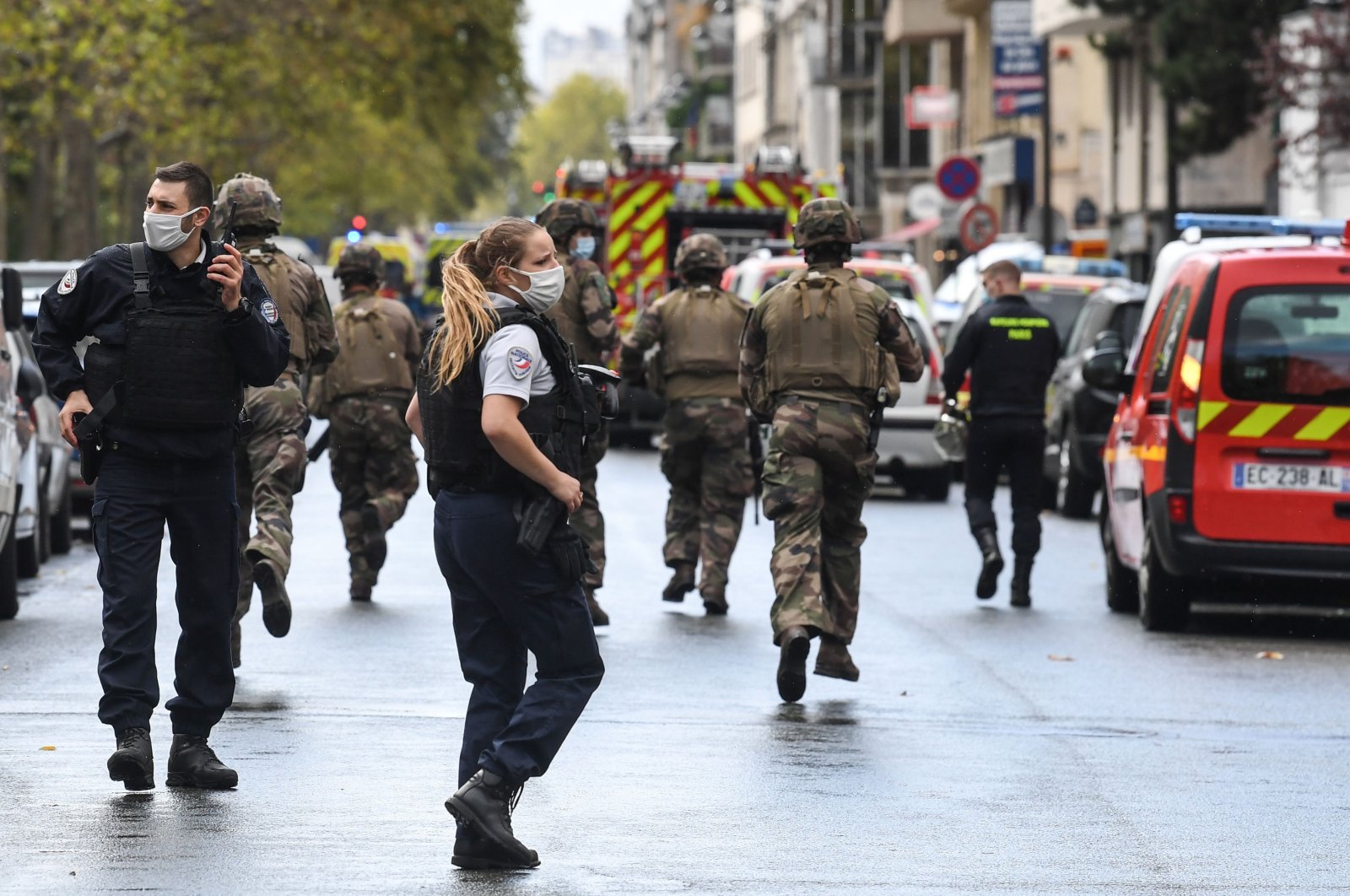 French army soldiers rush to the scene after several people were injured near the former offices of the French satirical magazine Charlie Hebdo following an alleged attack by a man wielding a knife in the capital Paris on September 25, 2020. (AFP Photo)
by German Press Agency - DPA Sep 25, 2020 9:56 pm

France's Interior Minister Gerald Darmanin has described a knife attack near the former Charlie Hebdo editorial offices as an "Islamist act of terrorism."

There is little doubt that it is another "bloody attack on our country," the minister said on French television.

Darmanin said he had asked the police to look into whether the threat of terrorist acts being carried out in the street had been underestimated.

The suspects, all of whom were men, were arrested during a raid on an apartment in Pantin, northwestern Paris. There are now seven suspects in police custody.