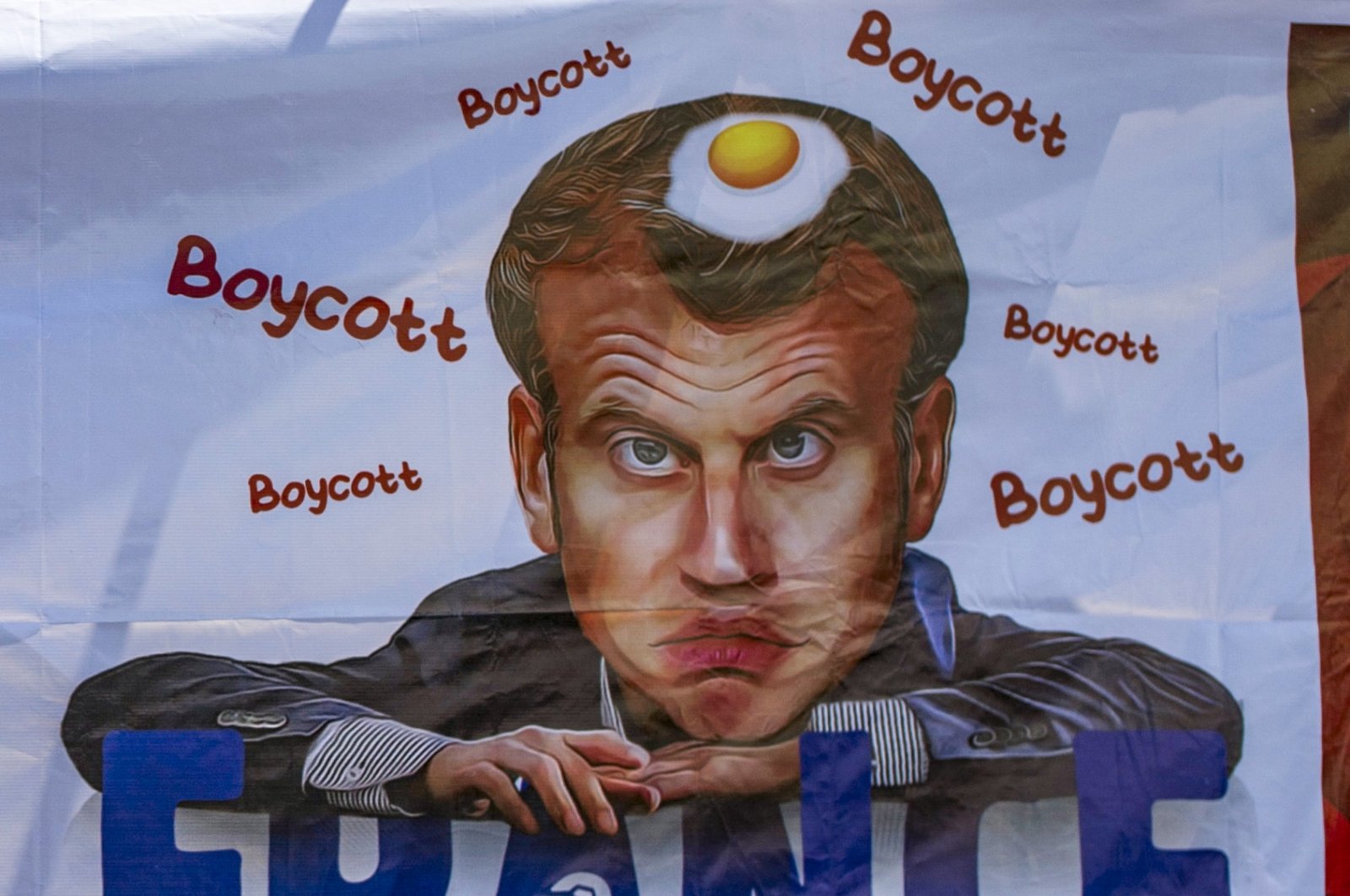 French Foreign Minister Jean-Yves Le Drian was in Egypt Sunday hoping to ease tensions following the publishing of provocative cartoons of the Prophet Muhammad that sparked ire in the Muslim world.

"I have emphasized, and emphasize here the deep respect we have for Islam," said the French minister during a press conference with Shoukry.

Macron's attitude against Islam, the republication of caricatures insulting the Muslim Prophet Muhammad and their projection on the walls of buildings have triggered demonstrations and calls for a boycott of French products in many Muslim countries.