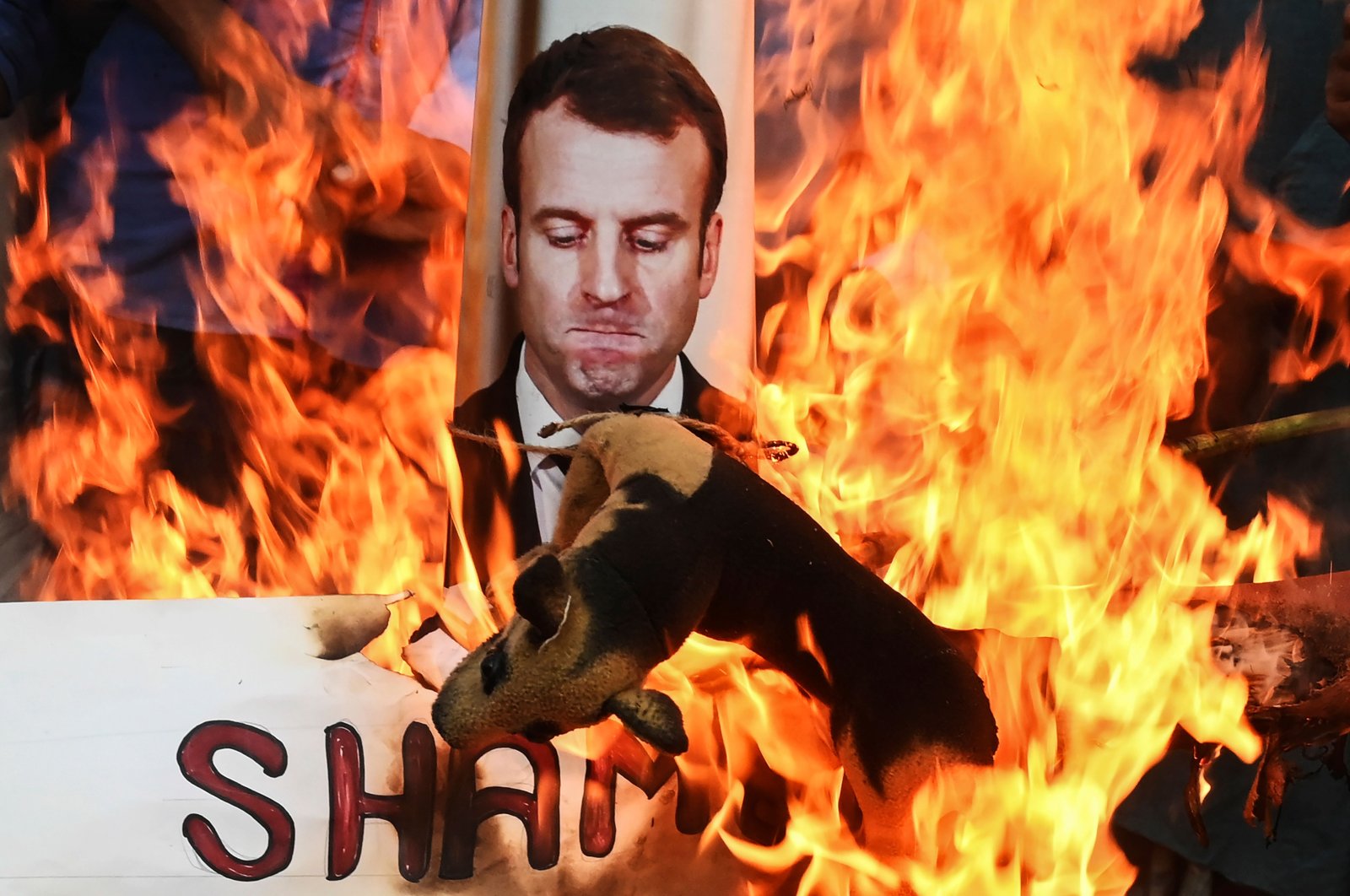 France's anti-Muslim actions continue to trouble its Muslim community as the target of the French state has moved from adults to children, who have recently been detained and interrogated for hours on the claim of testing their inclination toward "radicalization."

In southeastern France's Albertville commune, three Turkish children and a child from North Africa, who are all 10 years old, were taken to a police station Thursday following a dispute over the brutal killing of French teacher Samuel Paty and cartoons that insult Muslims, Turkey's Yeni Şafak daily reported Friday.

In order to allegedly determine whether or not they have any tendency to be radicalized, the children were interrogated for 11 hours at the station.

A father of one of the children said that the French police raided his house in the early morning.

"Before 7 a.m. in the morning, 10 police officers with masks knocked the door harshly and entered into the house with long-barreled weapons in their hands. They have taken the photographs of the adornments on the wall. They checked the entire house in an attempt to find a clue. Then, they asked us to come to the station and take our children back later on," the Turkish father said.

"When we went to the station, they asked us questions about our religious beliefs and what we think of the tension between (French President Emmanuel) Macron and (Turkish President Recep Tayyip) Erdoğan. Everyone knows our family. The school (that the children go to) knows our family very well. We have other children that go to the same school. If they had any inclination toward radicalization, everyone would have known that," he continued.

"In the same way as in the morning, they clearly wanted to terrorize us with the noise and the excessive violence. I do not understand: 10 hyper-armed police officers, trying to, it seems, break our door, to come and get my 10-year-old daughter still asleep."

According to the father worried about his daughter detained for 11 hours, this operation "disproportionately aggressive and notably frightening" of police would be due to questions or remarks made the day before by the four primary school pupils, following a discussion in the class about the gloomy cartoons about Prophet Muhammad of Islam and the murder of Samuel Paty, the teacher who showed blasphemous cartoons in his class.

"My daughter might have made a remark on the murder of the professor," explained the father, recalling that his child is only 10 years old and that "she does not know any of that."

"These are not topics we talk about at home," he said, adding that "everyone knows our family. The school knows us very well; we had several children who went to the same school. If there was a concern of radicalization with us, everyone would know."

The Albertville police told Anadolu Agency that they could not give information on the detention of the four children.

The parents interviewed by Anadolu Agency also noted that the police refused to provide them with a document relating to the reason for the detention of their child; or the interrogation to which they were subjected.

According to the father, two of the four children taken by the police were transported to Chambery, an Alpine town in southeastern France. He did not know which service took care of these two children.

The school where the incident took place did not respond to Anadolu Agency's request for comments.

Paty was killed and beheaded on Oct. 16 in Conflans-Sainte-Honorine, outside Paris, by a Chechen teenager after he was denounced for having shown offensive cartoons to a class on freedom of expression. Muslims regard any image of the Prophet Muhammad as blasphemous and caricatures as an offense against their faith. French law is strictly secular and religious beliefs receive no special protection. The magazine that originally published the images, Charlie Hebdo, was the target of an attack in 2015 that killed 12 people.

French Muslims have accused him of trying to repress their religion and legitimizing anti-Muslim hatred. Macron's attitude against Islam, the republication of caricatures insulting the Prophet Muhammad and their projection on the walls of buildings have triggered boycotts of French products in several countries, including Qatar, Kuwait, Algeria, Sudan, Palestine and Morocco. Turkey has also condemned Macron's attitude toward Muslims and Islam, with President Recep Tayyip Erdoğan saying the French leader needed a "mental health check."

The Presidency for Turks Abroad and Related Communities (YTB) condemned the detention of the children on Friday, interpreting the move as "France in amok over anti-Islam stance."

The chairman of the YTB, Abdullah Eren, said in a statement that the move is not acceptable since it has no relation whatsoever to any type of law.

"They do not provide the families with even an official report," Eren said, underlining that as the YTB, they will continue to monitor the developments on the issue with high sensitivity.

Previously on Nov. 3, Agence France-Presse (AFP) reported that two 12-year-olds are under investigation by French police on suspicion of supporting terrorism, over comments made during a dispute on Paty's killing.

Prosecutors in the eastern city of Strasbourg said the two school students made their comments during a nationwide minute of silence Monday for Paty.