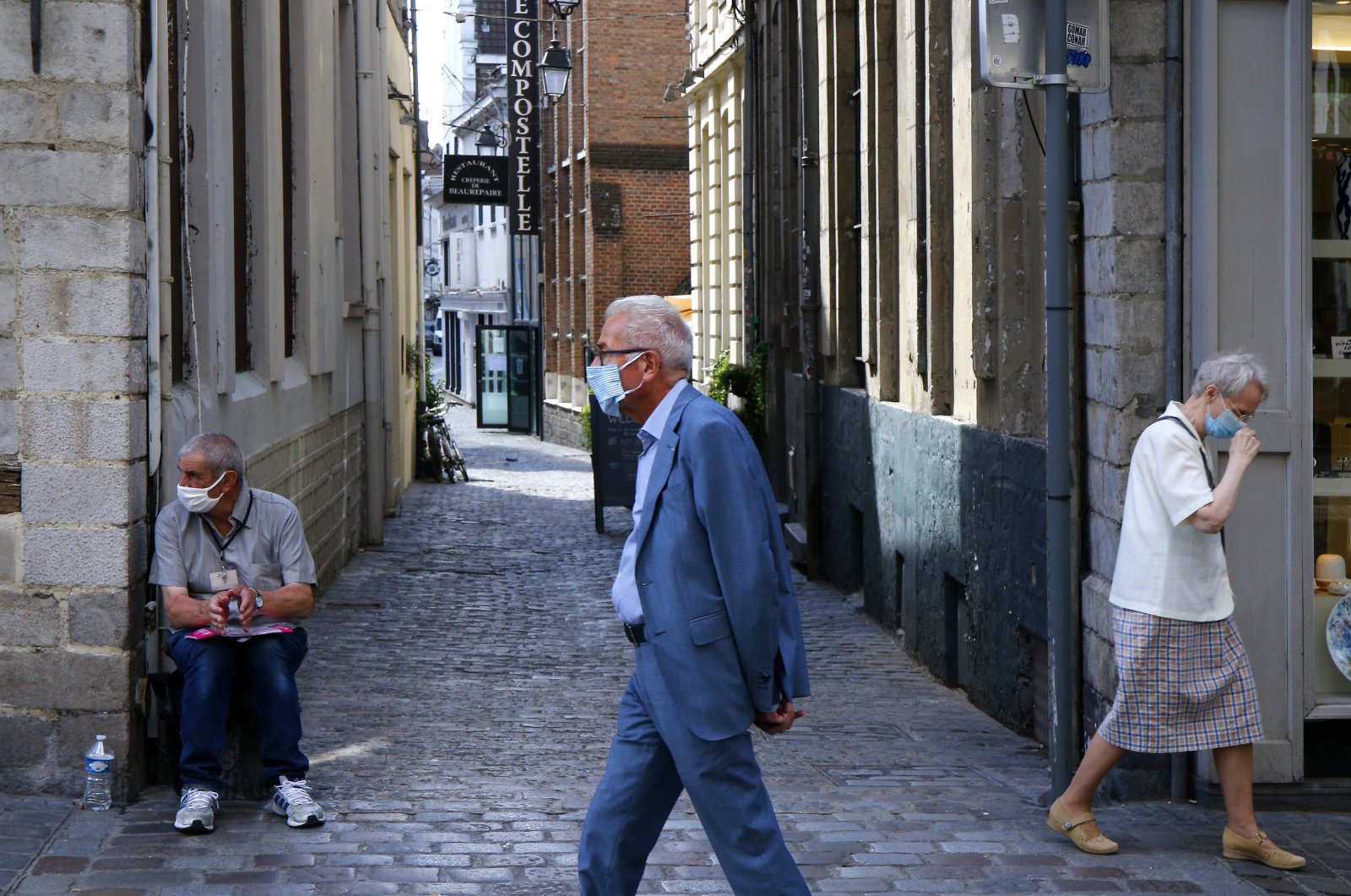 People wearing protective face masks as a precaution against the coronavirus are seen in a street of Lille, northern France, Aug. 21, 2020. (AP Photo)
by Agencies Aug 24, 2020 2:48 pm
RECOMMENDED

France Monday confirmed a spike of 4,897 new coronavirus cases over the last 24 hours, the highest single-day figure since the start of the outbreak.

The death toll in France currently stands at 30,513 with overall cases at 242,899, according to the Health Ministry.

A total of 4,709 people remain in the hospital with 383 of those in intensive care.

Health Minister Olivier Veran said in a statement that France had achieved the ability to test 700,000 people per week – roughly 1% of the French population.

"We have just exceeded our objective of 700,000 tests carried out each week, precisely 725,000," Veran told Le Journal du Dimanche in a weekend interview.

"France is now doing more tests than Germany, Spain, Italy, Sweden and The Netherlands. We can do a million tests if we need to," the health minister said.

Throughout France, 333 new clusters have been confirmed. The health minister was, however, reluctant to call the daily spike in cases a resurgence of the virus.

"No, it's not the same as in February. This is not a resumption of the epidemic because it has never stopped. It was only checked during the confinement. The risk is that after you gently remove the lid from the pot, the water will boil again."

As the number of COVID-19 cases surges in the country, Britain ordered all travelers from the U.K. to France to self-certify that they were not experiencing COVID-19 symptoms or had not been in contact with a confirmed case within 14 days preceding travel.

Since Aug. 15, British authorities have also required travelers returning from France to self-isolate upon their return due to high coronavirus infection rates in France.

French authorities announced that they would reciprocate Britain's decision in the coming days, the junior minister for European affairs said on Monday.

"We will have a measure known as reciprocity that ensures our British friends do not close the border in a single way," French Junior European Affairs Minister Clement Beaune told French TV France 2.

"For travelers returning from the United Kingdom, there will probably be restrictive measures decided in the next few days by the prime minister and the Defense Council."