France spoke with Taliban for evacuations from Kabul: Ministry 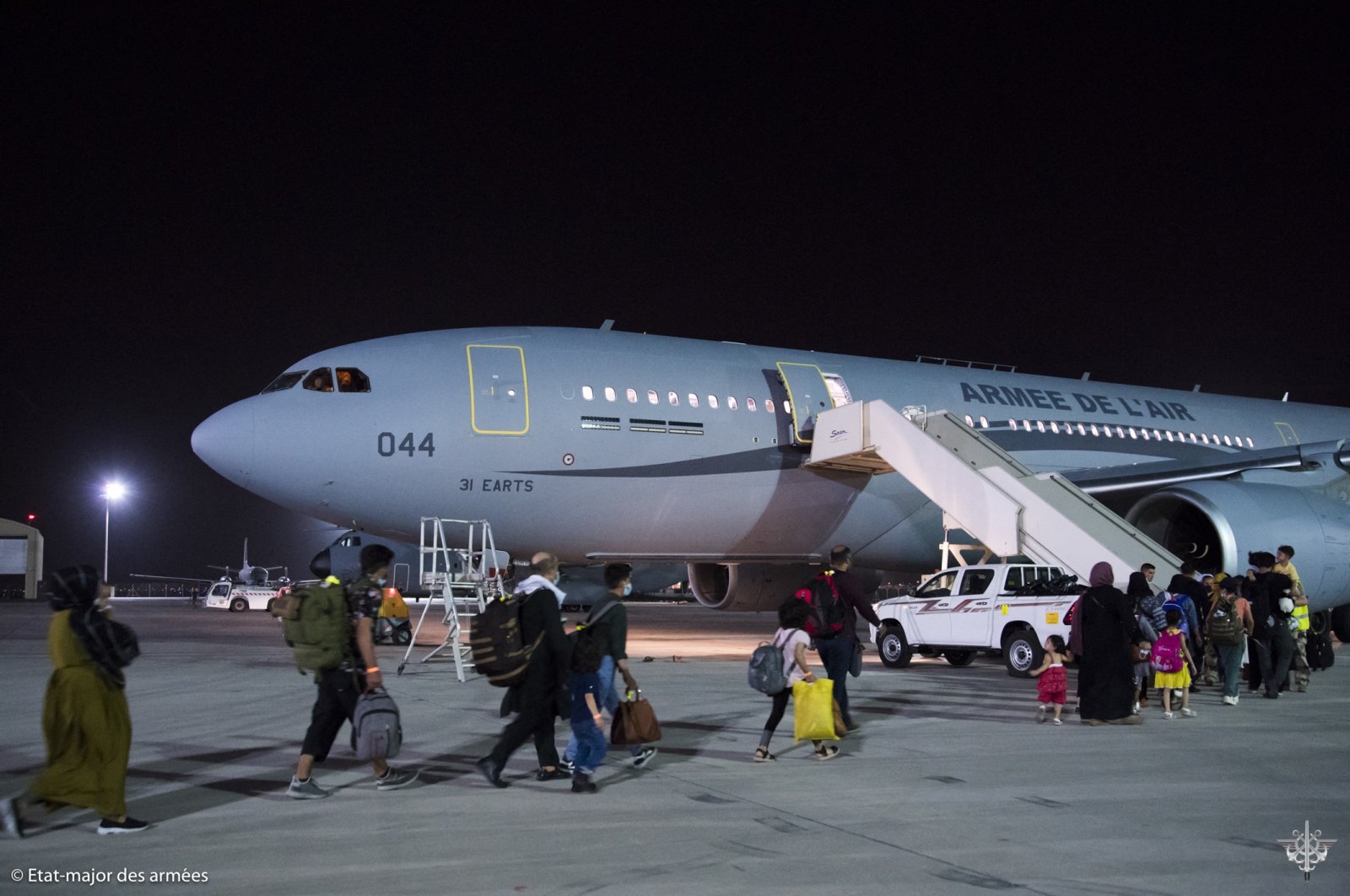 People coming from Afghanistan waiting to board an A330 French military transport aircraft to fly to Roissy Charles-de-Gaulle airport, north of Paris as part of operation "Apagan", at the airbase of Al Dhafra, near Abu Dhabi, UAE, Aug. 26, 2021. (AFP Photo)
by REUTERS Aug 27, 2021 5:16 pm

French officials held meetings with Taliban militants in Kabul and Doha to facilitate its evacuations from Afghanistan, the country's foreign ministry said Friday.

Suhail Shaheen, a spokesperson for the Taliban, had earlier said on Twitter that a French delegation had met the group in the Qatari capital Doha on Thursday to discuss the situation on the ground in Afghanistan. It was the first official meeting since the Taliban took control of the capital on Aug. 15.

"Operational contacts have indeed taken place in recent days with representatives of the Taliban movement, in Kabul as well as in Doha, in order to facilitate our current evacuation operations," the foreign ministry said in a statement sent to Reuters.

U.S. and allied forces are racing to complete evacuations of their citizens and vulnerable Afghans and to withdraw from Afghanistan by an Aug. 31 deadline set by U.S. President Joe Biden.