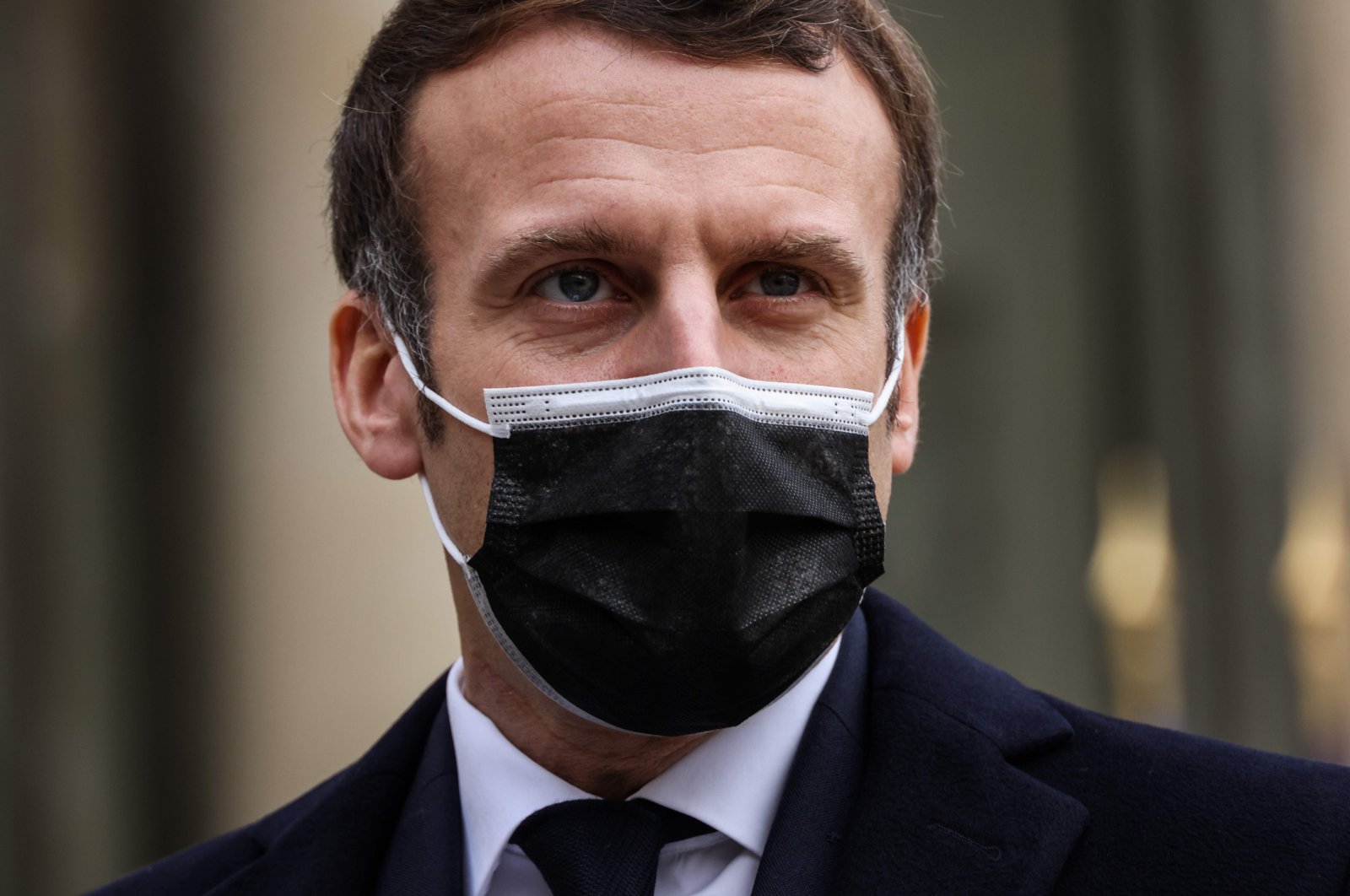 French President Emmanuel Macron addresses reporters upon the arrival of the Portuguese prime minister for a working lunch at the Elysee Palace in Paris, France, Dec. 16, 2020. (AFP Photo)
by Agencies Dec 17, 2020 12:30 pm
RECOMMENDED

French President Emmanuel Macron has tested positive for COVID-19, the presidential Elysee Palace announced on Thursday. It said the president took a test "as soon as the first symptoms appeared.”

The brief statement did not say what symptoms Macron experienced. It said he would isolate himself for seven days.

"He will continue to work and take care of his activities at a distance,” it added, as reported The Associated Press (AP).

It was not immediately clear what contact tracing efforts were in progress. Macron attended a European Union summit at the end of last week, where he notably had a bilateral meeting with German Chancellor Angela Merkel. He met Wednesday with the prime minister of Portugal. There was no immediate comment from Portuguese officials.

Macron on Wednesday also held the government's weekly Cabinet meeting in the presence of Prime Minister Jean Castex and other ministers. Castex's office said that the prime minister is also self-isolating for seven days. The French presidency confirmed that Macron's trip to Lebanon scheduled for next week is being canceled.

Spanish Prime Minister Pedro Sanchez has suspended all public activities and will quarantine until Dec. 24 after being in contact with Macron, his office said Thursday. Sanchez and Macron met Monday in Paris. Video footage of Macron welcoming the Spanish prime minister at the Elysee Palace showed both wore masks and did not shake hands.

Macron and other government officials repeatedly say that they are sticking to strict sanitary protocols during the pandemic, including not shaking hands, wearing a mask and keeping distance from other people. Macron is following French health authorities' recommendations that since September have reduced the self-isolation time from 14 days to seven.

Authorities said at the time that this is the period when there is the greatest risk of contagion and that reducing it allows better enforcement of the measure. French health authorities argued this week that the 14-day quarantine was not well-respected by many in the country who considered it too long.

The president of the European Council, Charles Michel, has also entered self-isolation after meeting with Macron earlier in the week. Michel "was informed by the French authorities that he is not considered to be a close contact. He is tested regularly and tested negative on Tuesday," a spokesperson tweeted.

"However as a matter of precaution the president will go into self-isolation," the spokesperson said, adding that Michel had been in Paris on Monday for the anniversary of the Organisation for Economic Cooperation and Development (OECD). In a separate tweet from his own account, Michel wished Macron a speedy recovery, according to Agence France-Presse (AFP).