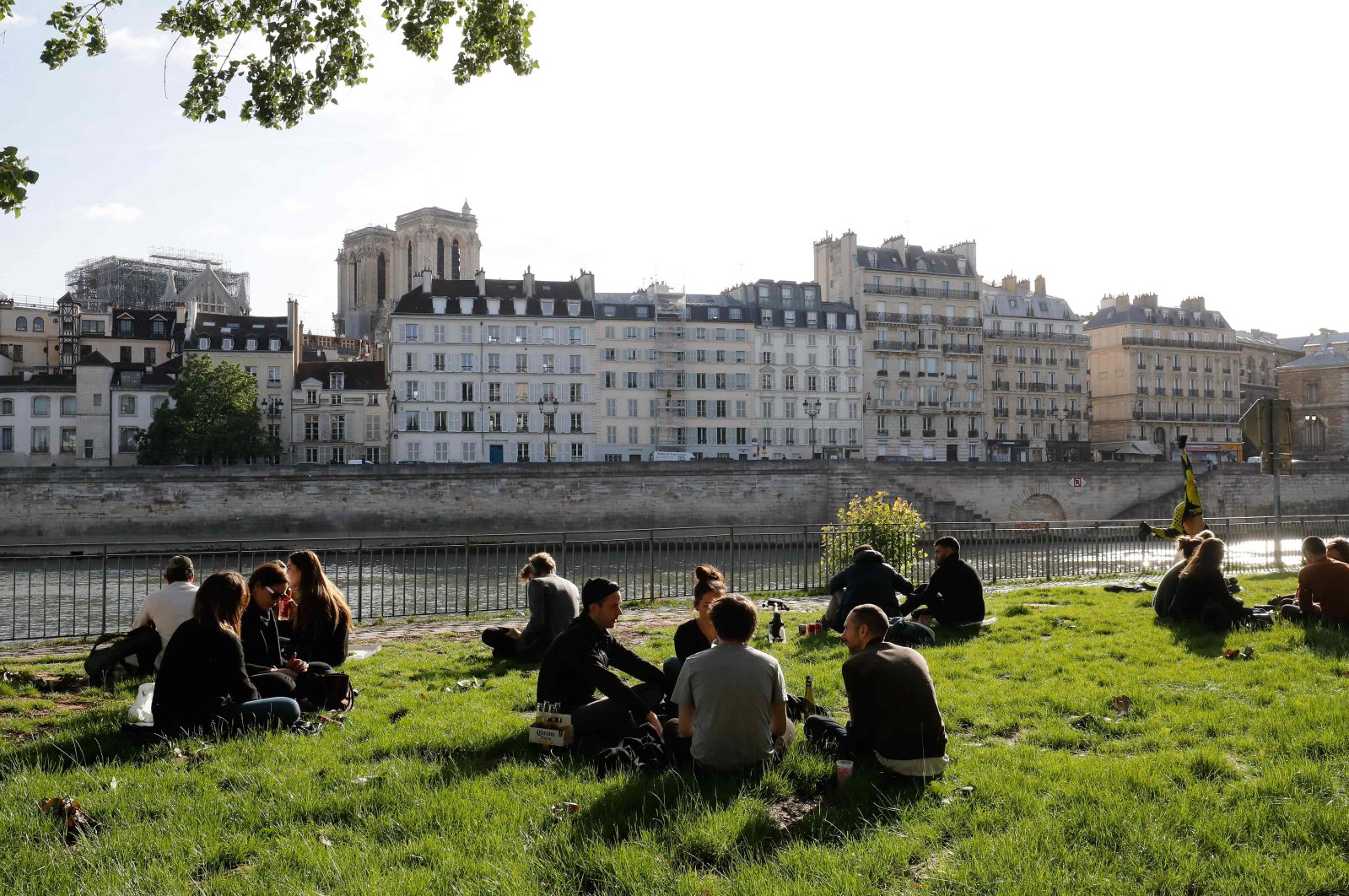 People gather along banks of the Seine river in Paris on the first day of France's easing of lockdown measures in place for 55 days to curb the spread of the coronavirus, May 11, 2020. (AFP Photo)
by REUTERS May 12, 2020 2:27 pm
RECOMMENDED

French Health Minister Olivier Veran said on Tuesday that parks and gardens would remain closed in Paris and the greater Paris region to limit the risk of a second wave of coronavirus infections as France gradually eases a nationwide lockdown.

The minister was speaking after crowds of Parisians gathered on the banks of the trendy Saint-Martin canal and the Seine river on Monday to celebrate the easing of the lockdown.

Police had to disperse the crowds, and Interior Minister Christophe Castaner later asked the Paris prefecture to ban drinking on the Canal Saint-Martin and the Seine river banks.

"It's not over. The virus continues to circulate. ... In view of yesterday's images you are referring to on the Seine river banks ... one can understand, but this can be dangerous," Veran told reporters during a visit in Limeil-Brevannes in the Ile-de-France region.

"No, we will not reopen the parks and gardens in Paris, in the Ile-de-France, and in regions that are classified as red because it can be extremely tempting with the sun that we have today for people to regroup too much and not respect the 10 people limit as well as social distancing."

France is now split into "green zones" where the infection rate is low and "red zones," including the greater Paris region, where the rate is higher and more restrictions are in place.