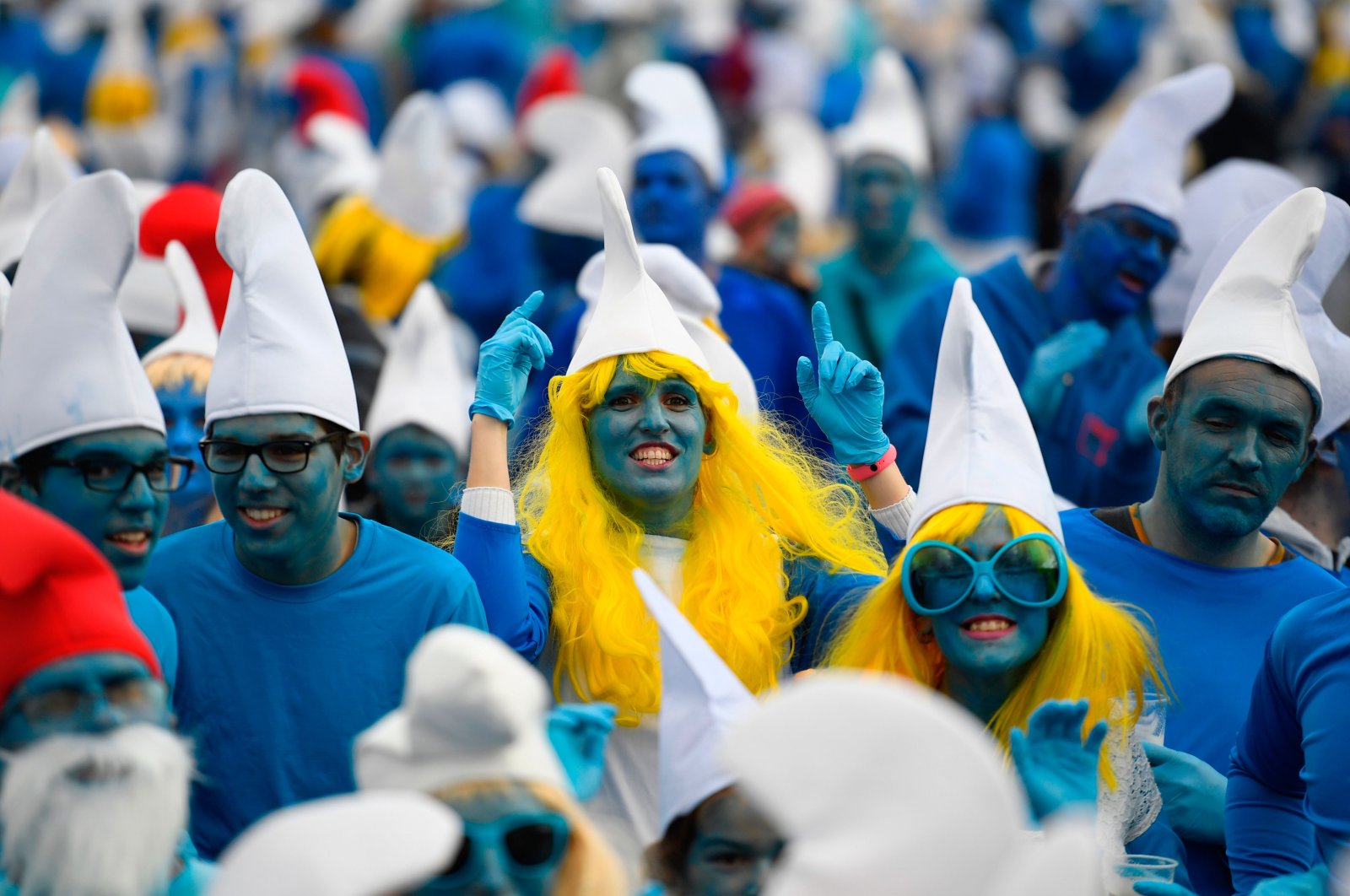 The mayor of a small French town on Tuesday defended hosting a record-breaking gathering of 3,500 people dressed as Smurfs at the weekend, after accusations that the event increased the risks of spreading the coronavirus.

"We must not stop living ... it was the chance to say that we are alive," Mayor Patrick Leclerc of Landerneau in western France told Agence France-Presse (AFP).

The gathering came a day before France banned all gatherings of more than 1,000 in a bid to contain the spread of the virus, which has infected 1,412 people and killed 25 in the country.

The Smurf rally drew criticism particularly from the media in Italy, which is battling Europe's most intense outbreak, where La Repubblica newspaper described the rally as "potentially a very dangerous viral bomb."

Fans of the hit Belgian cartoon about a colony of blue human-like creatures living in houses shaped like mushrooms descended on Saturday on the Breton town to break the world record for a gathering of Smurfs.

Leclerc insisted that the revelers, who painted their hands and faces blue and sported white pointy hats, had violated no ban and were a necessary antidote to an "ambient gloom."

"We've been preparing for a month," one of the Smurfs, who gave her name as Isabelle, told AFP at Saturday's event.

"We got our costumes from all the shops in the area, and we figured that a bit of fun would do us all good at the moment."

Italian media disagreed, with Il Secolo XIX newspaper calling it an "irresponsible move" that could significantly increase the risk of the contagion.