French woman tries to resurrect her existence after being pronounced dead 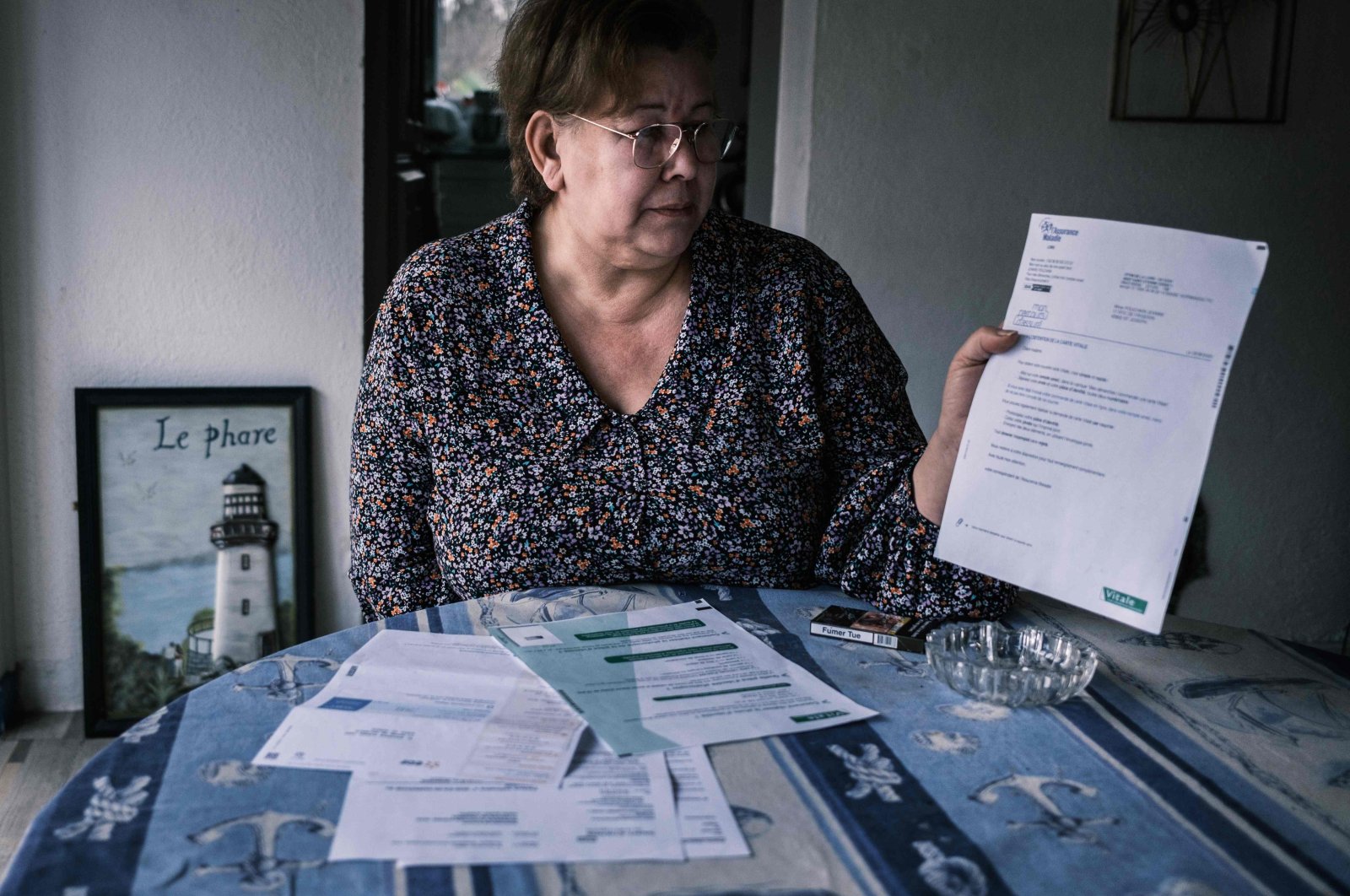 Jeanne Pouchain who, since November 2017, has been declared dead by the justice system after being convicted by the Prud'hommes, shows some paperwork, in Saint-Joseph, France, Jan. 8, 2021. (AFP Photo)
by French Press Agency - AFP Jan 11, 2021 3:23 pm
RECOMMENDED

A 58-year-old French woman, who was wrongfully declared dead in a long-running dispute with a former employee, goes to court Monday in the city of Lyon to try to resurrect her existence.

Reports of Jeanne Pouchain's death had been greatly exaggerated, as Agence France-Presse (AFP) discovered when it met her at her home in the southeastern town of Saint-Joseph, near Lyon, recently.

Pouchain has been trying to prove she's alive ever since a labor court, allegedly acting on information provided by a former employee of Pouchain's cleaning company, noted her down in November 2017 as dead.

She accuses her former employee of fabricating her death to try to win damages from her purported heirs – her husband and son – after two failed attempts to sue Pouchain herself.

"It's a crazy story," Pouchain's lawyer Sylvain Cormier told AFP. "The plaintiff claimed that Mrs Pouchain was dead, without providing any proof, and everyone believed her. No one checked."

The woman took a case against Pouchain after losing her job with Pouchain's cleaning company when it lost a big contract in 2000.

In 2004, a labor tribunal ordered Pouchain to pay the woman over 14,000 euros ($17,000) in damages, but because the case had been taken against her company and not Pouchain herself, the ruling was never enforced. In 2009, the woman took a case against Pouchain directly, but that case was thrown out, only to return in 2016 before an appeals court, which, believing Pouchain to be dead, ordered her husband and son to pay damages.

A lawyer for Pouchain's former employee has accused her of having a hand in her own demise, saying she played dead to try to avoid litigation by, for example, refusing to answer correspondence.

Pouchain, who is seeking to have the court declaration of her death declared a fake, has denied those accusations. She described her life as being in limbo.

"State agencies tell me I am no longer dead, but that I am not yet alive. I'm in the making," she told AFP.