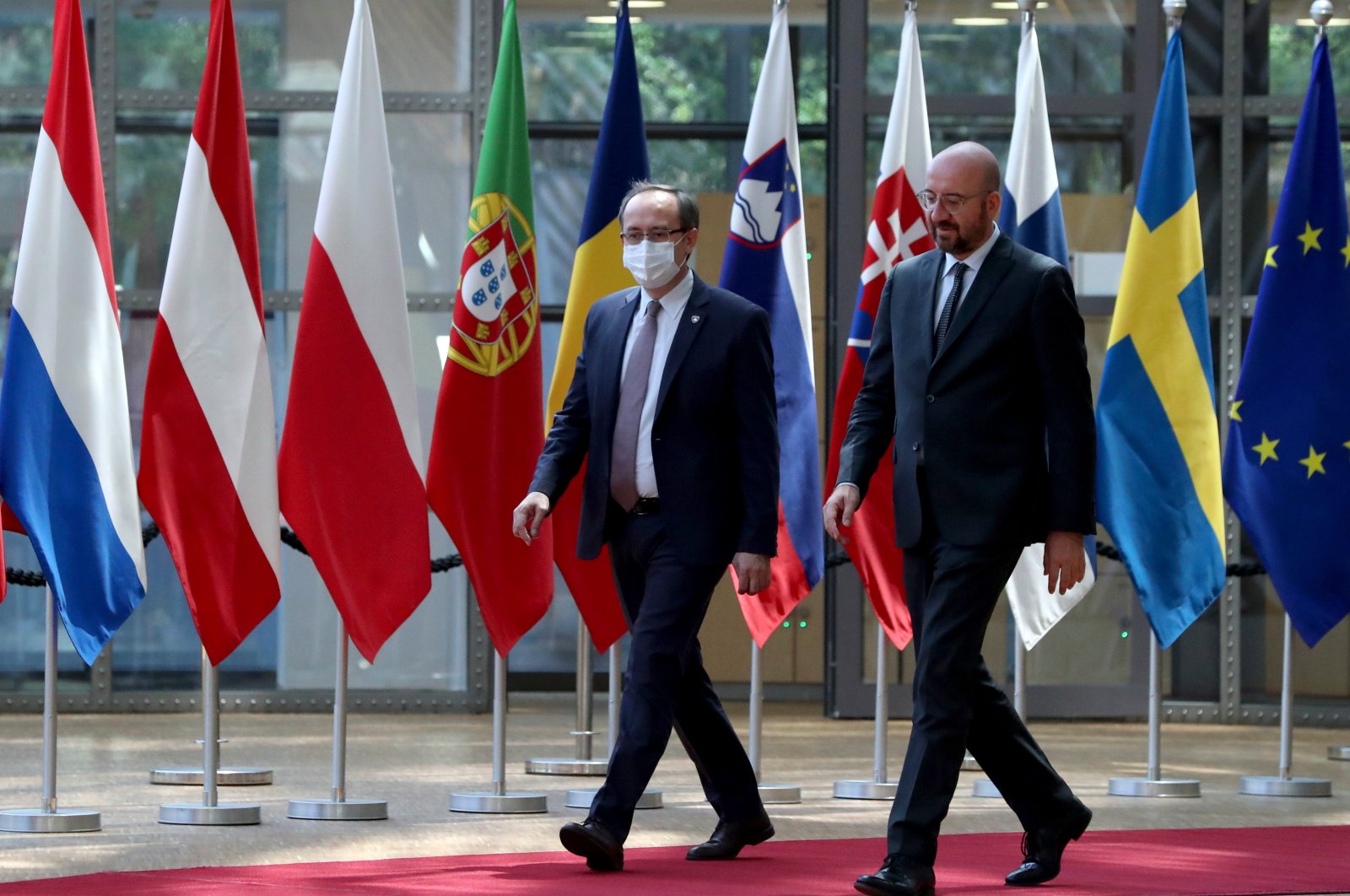 Long-stalled first face-to-face talks between Serbia and Kosovo got off to a bumpy start in Brussels on Thursday while the EU was hoping for frosty relations to thaw.

More than two decades after clashing in war, the Balkan neighbors are still haunted by unresolved tensions that threaten stability in their corner of southeastern Europe.

After a virtual meeting organized by EU officials last weekend, Serbian President Aleksandar Vucic and Kosovo's new Prime Minister Avdullah Hoti met in person Thursday as they try to reenergize efforts to normalize relations. But afterward Vucic accused Hoti of coming not to talk but to try to "blackmail" Serbia.

Hoti was more positive regarding the discussions, saying they had been able to make progress on economic development. But the underlying issue is territorial. Serbia refuses to acknowledge the independence that its former province, home mainly to ethnic Albanians, proclaimed in 2008. Kosovo's statehood has been backed by around 100 countries, including the U.S. and all but five member states of the European Union. But Serbia's core allies Russia and China deny it, effectively shutting Kosovo out of the United Nations.

Nevertheless, talks will continue next week among officials and another high-level meeting is planned for September, said the EU's special representative for the talks, Miroslav Lajcak. EU foreign affairs chief Josep Borrell hailed the fact that the two leaders were talking for the second time in a matter of days as a sign of the pair's commitment to healing wounds.

The two sides have been in EU-led talks for a decade to normalize their relationship, but little progress has been made, with a raft of agreements concluded in 2013 yet to be fully implemented. The previous round of negotiations broke down in 2018 after a series of diplomatic tit-for-tats. While Kosovo is determined to gain full recognition of its sovereignty, Serbia is under pressure to resolve the issue in order to move forward in its bid to join the EU.