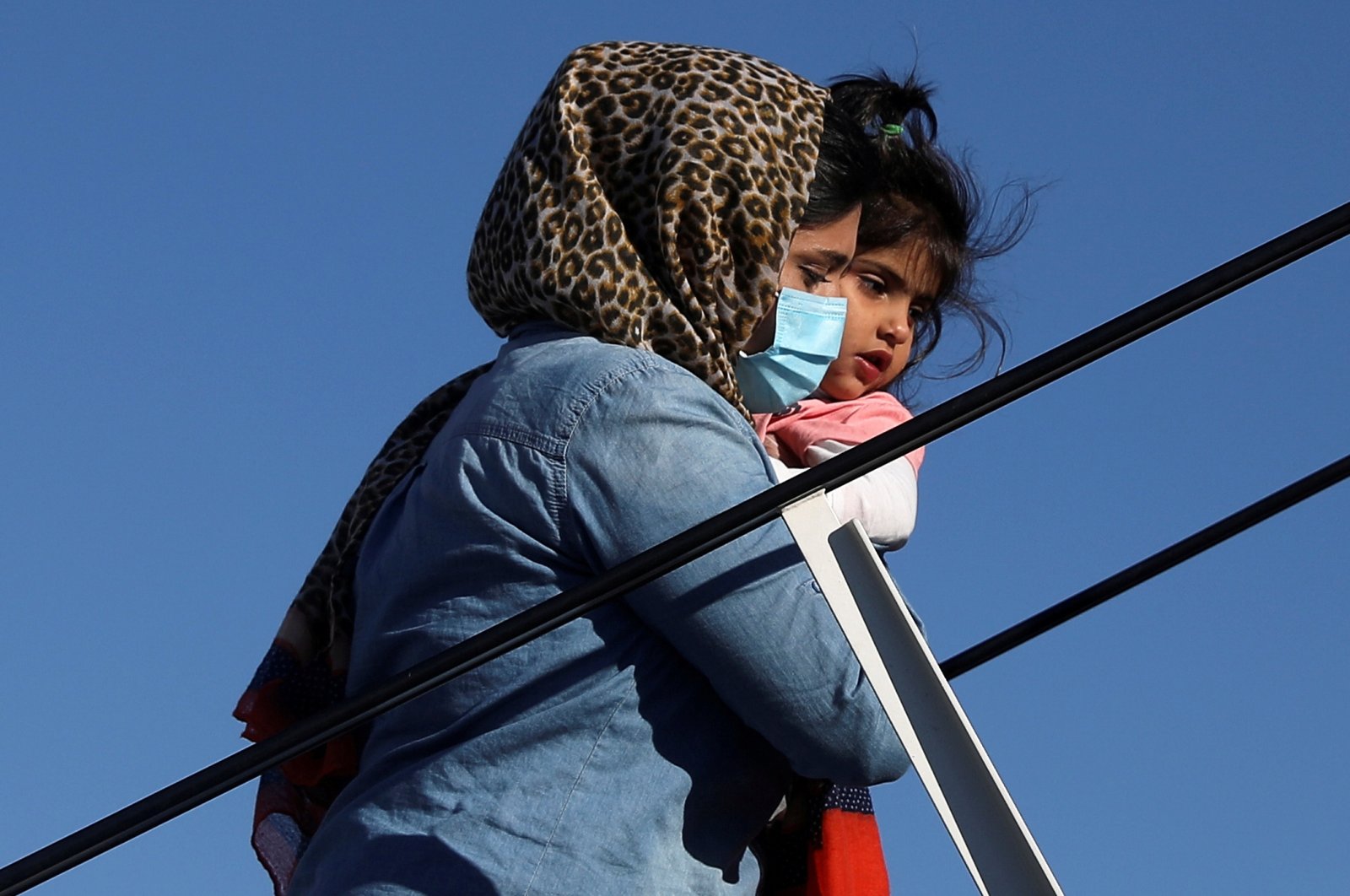 A woman carrying a child boards an Aegean Airlines aircraft that will transfer refugees and migrants to Germany under a European Commission-funded relocation program, at the Eleftherios Venizelos International Airport in Athens, Greece, July 24, 2020. (Reuters File Photo)
by German Press Agency - DPA Sep 20, 2020 9:46 am
RECOMMENDED

The German humanitarian aid organization Sea-Eye said on Saturday its Alan Kurdi rescue ship had picked up 133 migrants trying to reach Europe in the Mediterranean sea.

The crew initially rescued a total of 114 people from an inflatable vessel and a wooden boat, Sea-Eye said. Among those affected were eight children and eight women, one of whom was pregnant.

In a later rescue, the crew of the Alan Kurdi rescued 19 people from a fishing boat, including four women and 10 children, bringing the total number of rescued people on board the ship to 133, the organization said on Twitter.

The migrants were "incredibly lucky" that the crew discovered them, said Gorden Isler, chairman of Sea-Eye. The Libyan Coast Guard and the International Organization for Migration (IOM) did not initially comment on the rescue.

According to Sea-Eye, neither the European rescue coordination centers nor the coast guard responded to the emergency reports by phone or email.

"In the meantime, all communication with aid organizations has been stopped and nobody in Europe sees themselves as responsible for these people. They will be delivered to the Libyans or the sea," said Jan Ribbeck from the Sea-Eye operations management team.

The Alan Kurdi vessel, which aims to rescue migrants in distress, has been operating once again in the Mediterranean for about a week.

Italian authorities impounded the ship in May claiming it had technical defects. The ship was later allowed to go to a Spanish port near Valencia for maintenance, where a week ago it was given permission to return to sea.

Refugees and migrants repeatedly attempt the dangerous crossing to Europe from Libya. According to the IOM, more than 590 people have died in the Mediterranean this year.