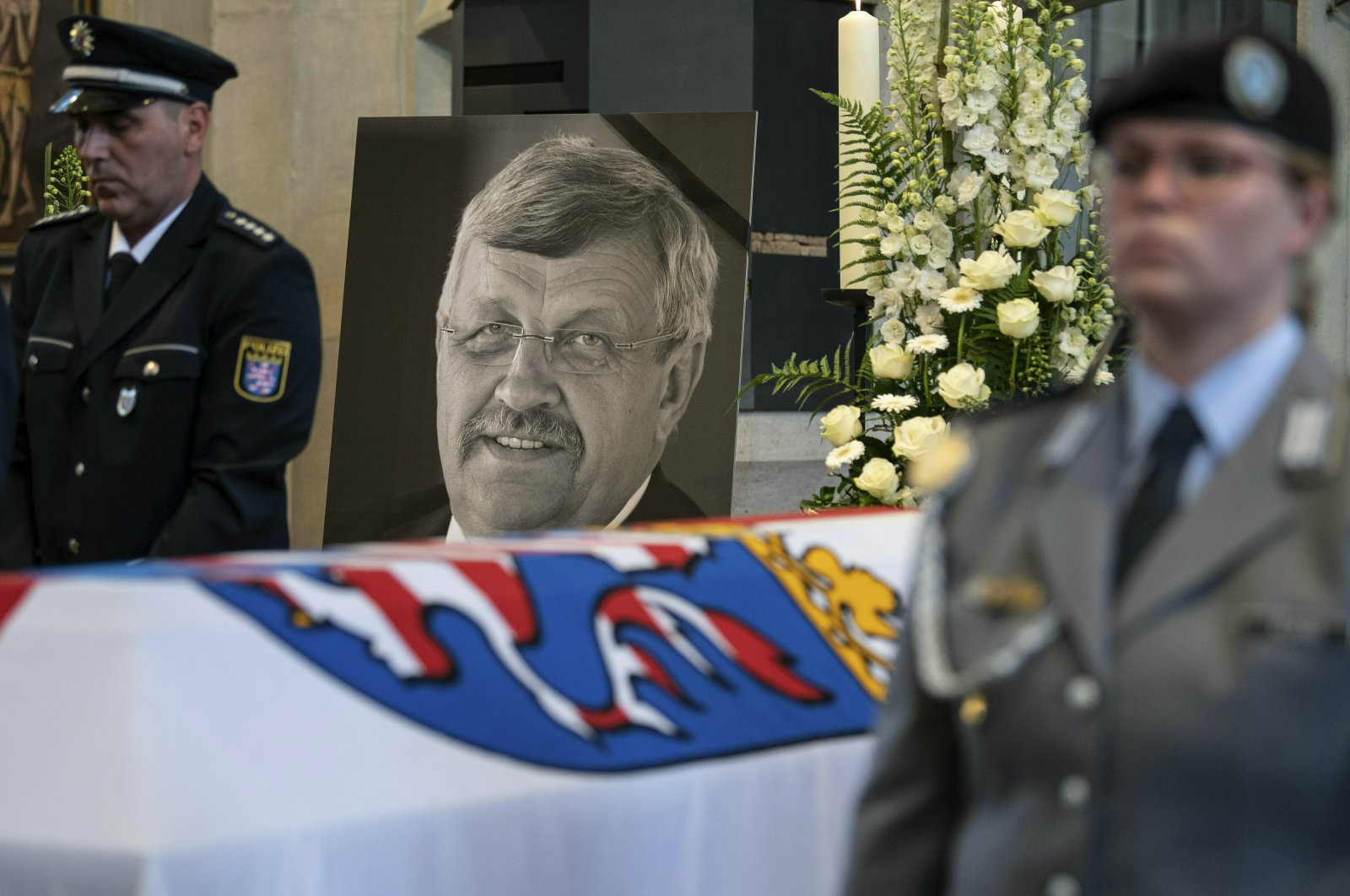 In this file photo a picture of Walter Luebcke stands behind his coffin during the funeral service in Kassel, Germany, June 13, 2019. (AP Photo)
by French Press Agency - AFP Jun 04, 2020 2:26 pm
RECOMMENDED

German police carried out raids across the country Thursday as part of investigations against 40 people accused of online hate speech against a pro-refugee politician who was murdered by a suspected neo-Nazi in 2019.

Officers searched the premises linked to the suspects across 12 German states "in a coordinated, nationwide action," the Frankfurt prosecution service's internet crime office ZIT said in a statement. The 40 suspects stand accused of "making criminally relevant statements, primarily on social media" against Walter Luebcke, a local politician in the western state of Hesse who was shot dead on his terrace in June 2019.

Prosecutors have charged known neo-Nazi Stephan Ernst with the murder, apparently spurred by anger over Luebcke's willingness to host refugees in the area.

The accused is set to go on trial on June 16.

The German government has sought to counter the growing threat in part by cracking down on online hate speech.

Chancellor Angela Merkel's government approved a draft law in February setting out tougher punishments for those caught spreading hatred or making threats on the internet.

Social media networks like Twitter and Facebook will also be required to pass on certain types of illegal posts to the police, such as neo-Nazi propaganda or rape or death threats. Critics have said the law could stifle free speech online but Interior Minister Horst Seehofer has said it would help ensure hate crimes "end up where they belong: before a court."