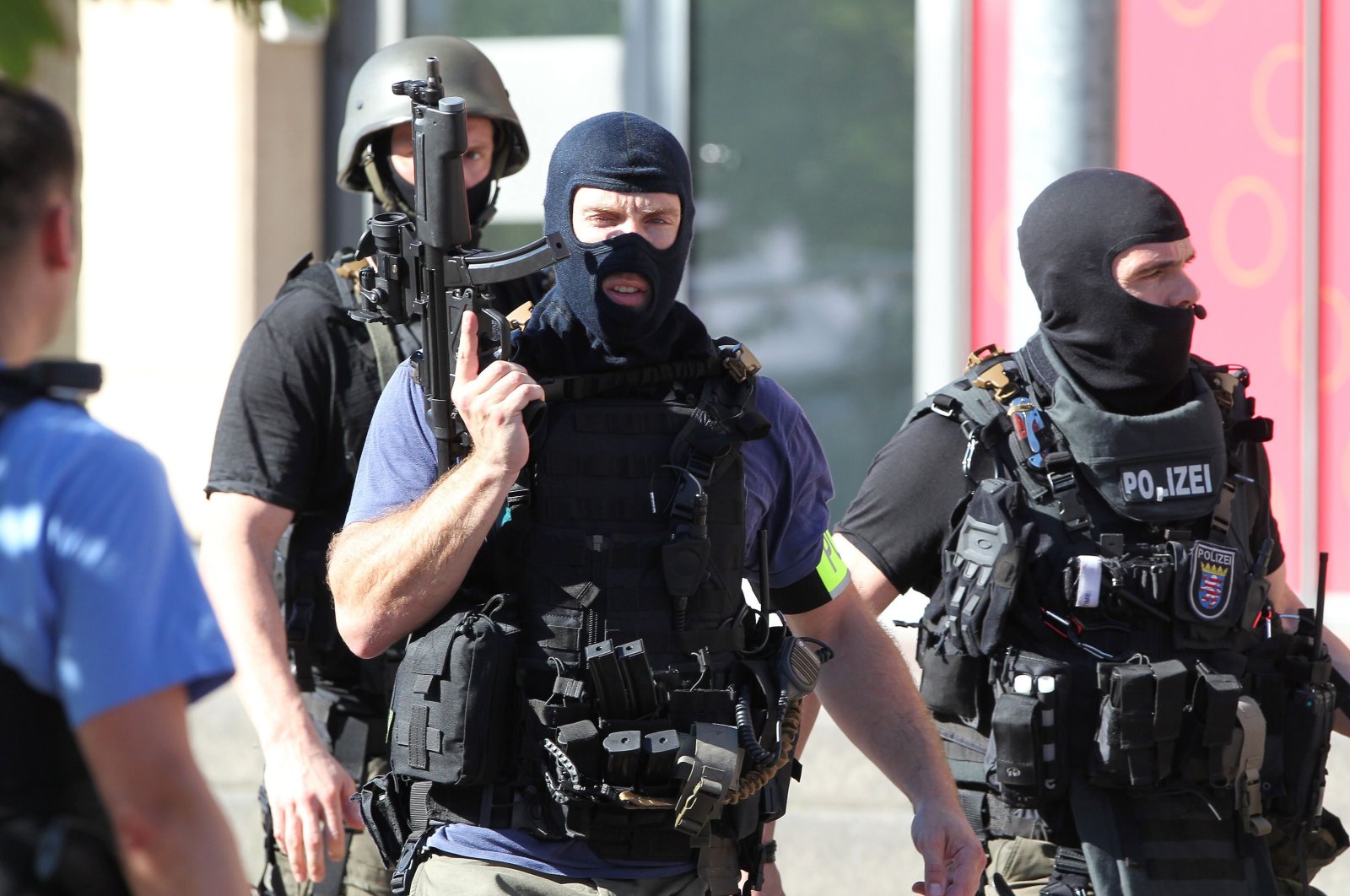 Policemen stand near a cinema where an armed man barricaded himself in Viernheim, southern Germany, June 23, 2016. (AFP Photo)
by Compiled from Wire Services Jul 14, 2020 7:31 pm
RECOMMENDED

A German state's police chief stepped down Tuesday over a scandal involving a left-wing lawmaker who received threatening emails after someone accessed her personal details on a police computer.

The interior minister of Hesse state, a central region that includes Frankfurt, said police chief Udo Muench asked to be sent into early retirement. Muench was taking responsibility for failings “that he does not have to answer for alone,” minister Peter Beuth said, German Press Agency (dpa) reported.

It emerged that someone had requested their personal details on a Hesse police computer before the emails were sent, but it isn't clear yet who that was. The state government has appointed a special investigator to look into the case.

In 2018, several threatening messages signed “NSU 2.0” were also sent to a Frankfurt lawyer representing victims' families in the trial of the original NSU's only surviving member. Beuth has said he can't rule out the possibility of a right-wing extremist network in the regional police.

The German public first learned of the NSU's existence and its role in the murders in 2011, when two members – Uwe Mundlos and Uwe Bohnhardt – died after an unsuccessful bank robbery and police found guns and extreme-right literature in their apartment.

Until 2011, the police and intelligence services ruled out any racial motive for the murders and instead treated immigrant families as suspects.

While recent revelations have shown that Germany's domestic intelligence agency had dozens of informants who had contacts with the NSU suspects, officials insisted that they had no prior information about the NSU terror cell and its suspected role in the killings.