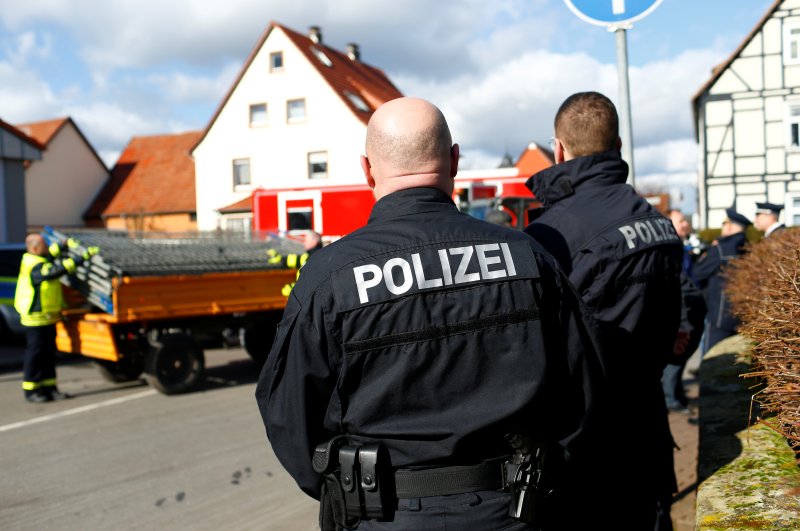 While Germany has watched with alarm as far-right attacks have increased in recent years, German investigators on Tuesday raided a dozen flats in three states. The raids cracked down on suspected right-wing extremists who had formed a group called "Aryan Circle Germany," prosecutors and police said. The flats targeted were in the northern states of Schleswig-Holstein and Lower Saxony, as well as the central state of Hesse.

The 12 suspects, ranging in age from 19 to 57, created the group with others in the northern town of Bad Segeberg in July 2019, according to the Flensburg prosecutor's office and the Schleswig-Holstein state police. They said the aim of the group was to carry out xenophobic violence against people and properties, as well as felonies involving weapons. There were, however, no indications of actual attacks having been planned.

Germany is home to some 12,700 potentially violent far-right radicals, according to the Federal Office for the Protection of the Constitution (BfV) domestic intelligence agency. A Civey poll last year revealed that 60% of Germans think the government is "doing too little" to tackle the problem. As a result, racist attacks targeting Muslims and immigrants have been on the rise in the country. After the right-wing extremist terror attack in Hanau, the Fatih Mosque – belonging to the Islamic Community National View (IGMG), one of Germany’s largest Muslim-Turkish associations – last month received an anonymous bomb threat among other mosques in the country.