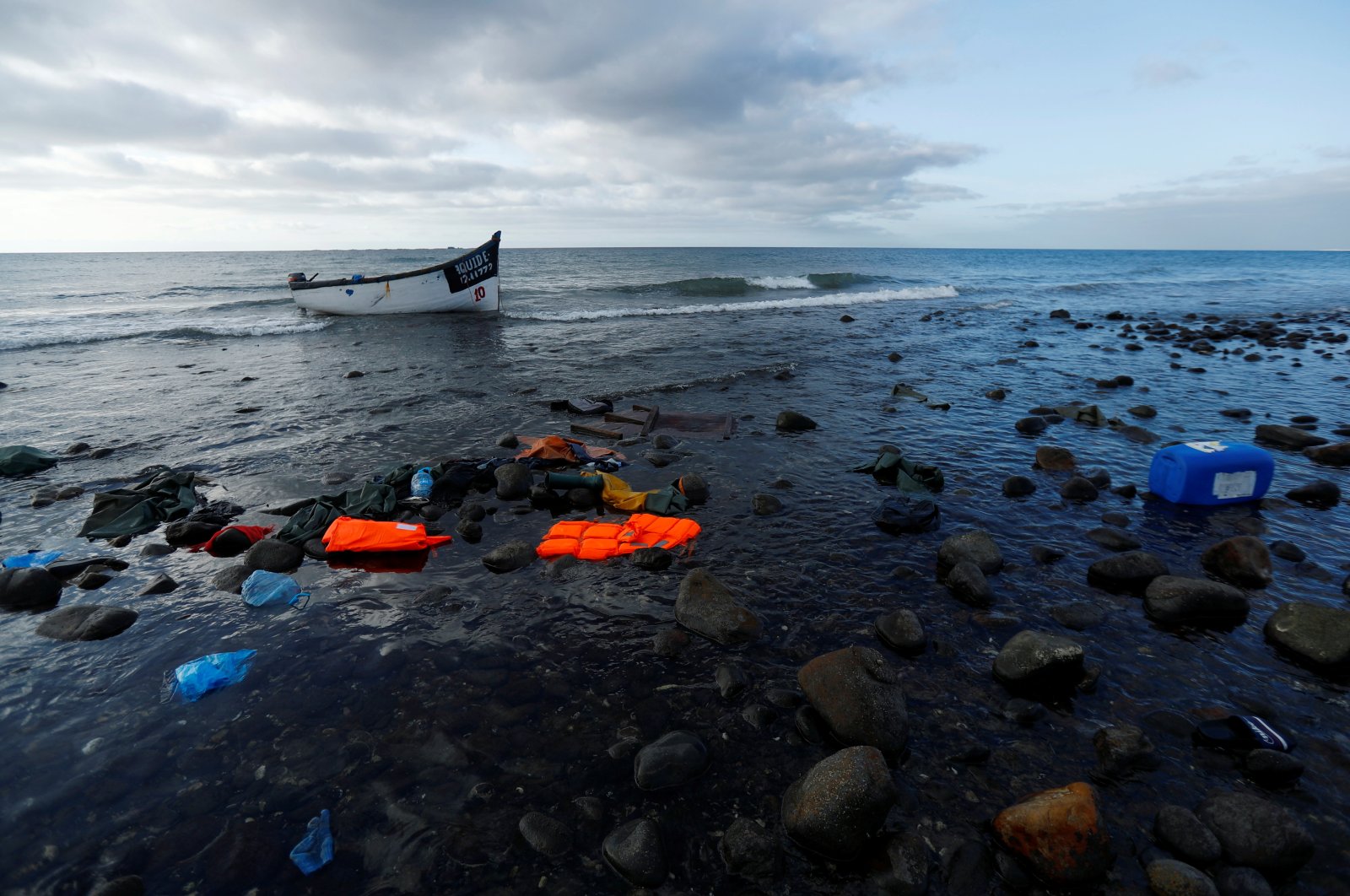 A boat used by a group of immigrants is pictured at Castillo del Romeral beach after dozens of migrants arrived at the south of the island of Gran Canaria, Castillo del Romeral, Spain, Oct. 16, 2020. (Reuters Photo)
by agencies Oct 20, 2020 4:56 pm
RECOMMENDED

The article by Matthias Dreher of the Protestant Melanchthon Church in the Bavarian city of Nuremberg published in a church newspaper argued that migrants were deliberately risking their lives to fulfill their wish for a better life.

However, this did not oblige Christians to help them, Dreher wrote. "In terms of the doctrine of the two kingdoms, which leaves operative politics to the state, a Christian can allow migrants to drown if they neglect responsibility for themselves, so long as he does not see a dying person in front of him, like the Samaritan," he added.

"His argument is based on the assertion that sea rescuers are the reason that people risk crossing the Mediterranean. This assertion has been disproved," Bedford Strohm argued.

A church spokesman said Dreher, who declined to comment further on his article, would be summoned for a meeting with the church hierarchy.

In August, a boat carrying dozens of migrants capsized with at least 45 people having drowned, gone missing, or presumed dead, marking the largest number of fatalities in a single shipwreck off the coast of Libya.

IOM’s Missing Migrants Project said that since mid-August, when four shipwrecks were reported in the central Mediterranean, 48 bodies have washed ashore at Libyan coasts. It said at least 54 others may have died at sea in the tragedies.