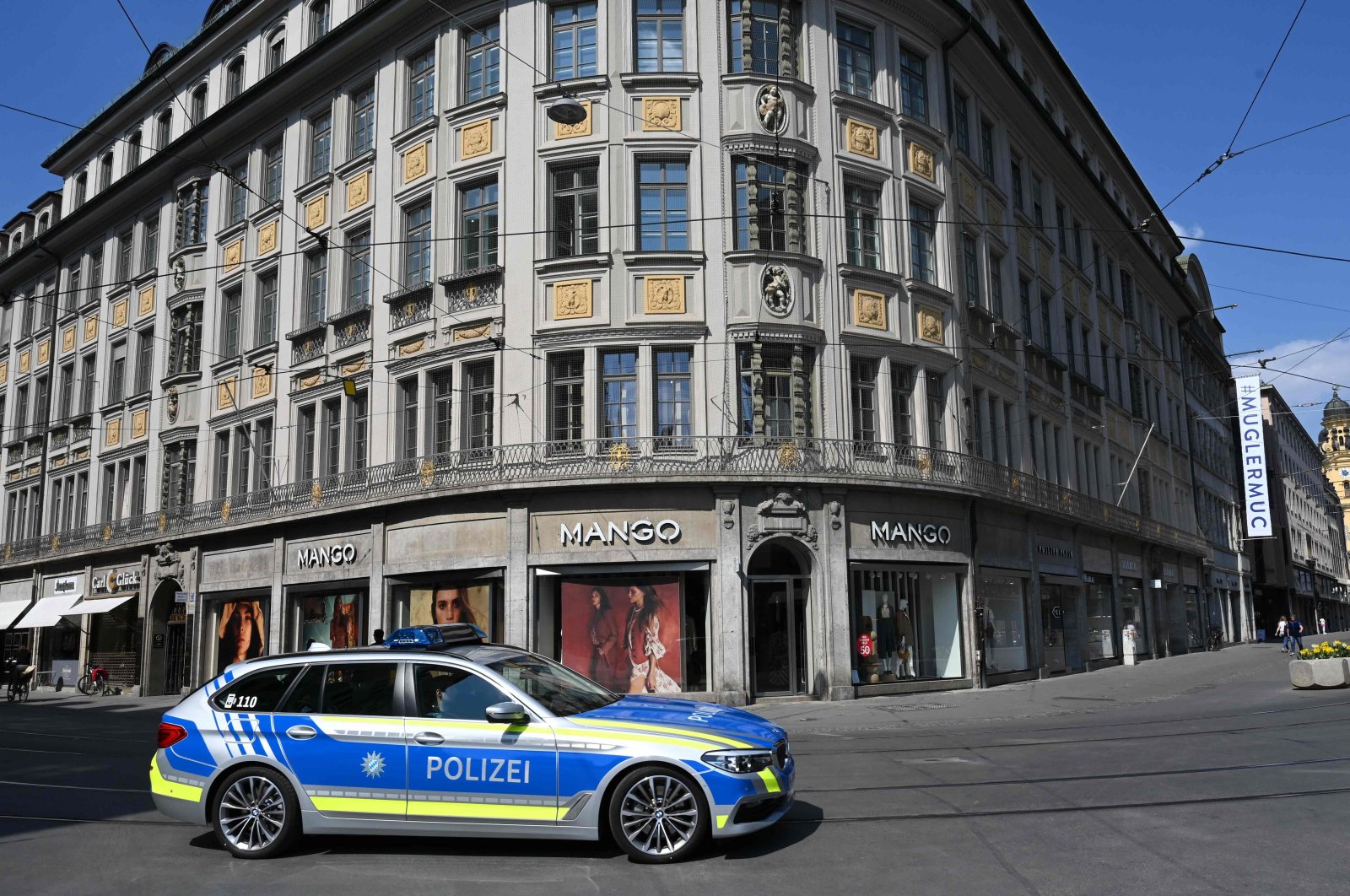 A police car patrols empty streets in the center of Munich as public life in Bavaria has been limited due to the spread of the coronavirus, southern Germany, April 9, 2020. (AFP Photo)
by compiled from agencies Apr 15, 2020 10:29 am

Federal prosecutors said the suspects were arrested early Wednesday at various locations in the western state of North Rhine-Westphalia.

They identified the men as Azizjon B., Muhammadali G., Farhodshoh K. and Sunatullokh K. – all citizens of Tajikistan. The suspects' surnames weren't released for privacy reasons.

German weekly Der Spiegel reports that the men's alleged leader, a 30-year-old Tajik man identified only as Ravsan B., has been in jail since last year on firearms charges.

Prosecutors said the men swore allegiance to Daesh in early 2019 and had contacts with high-ranking figures in the group. They reportedly first planned to carry out an attack in Tajikistan but later shifted their target to Germany, including U.S. Air Force bases in the country and persons deemed critical of Islam.