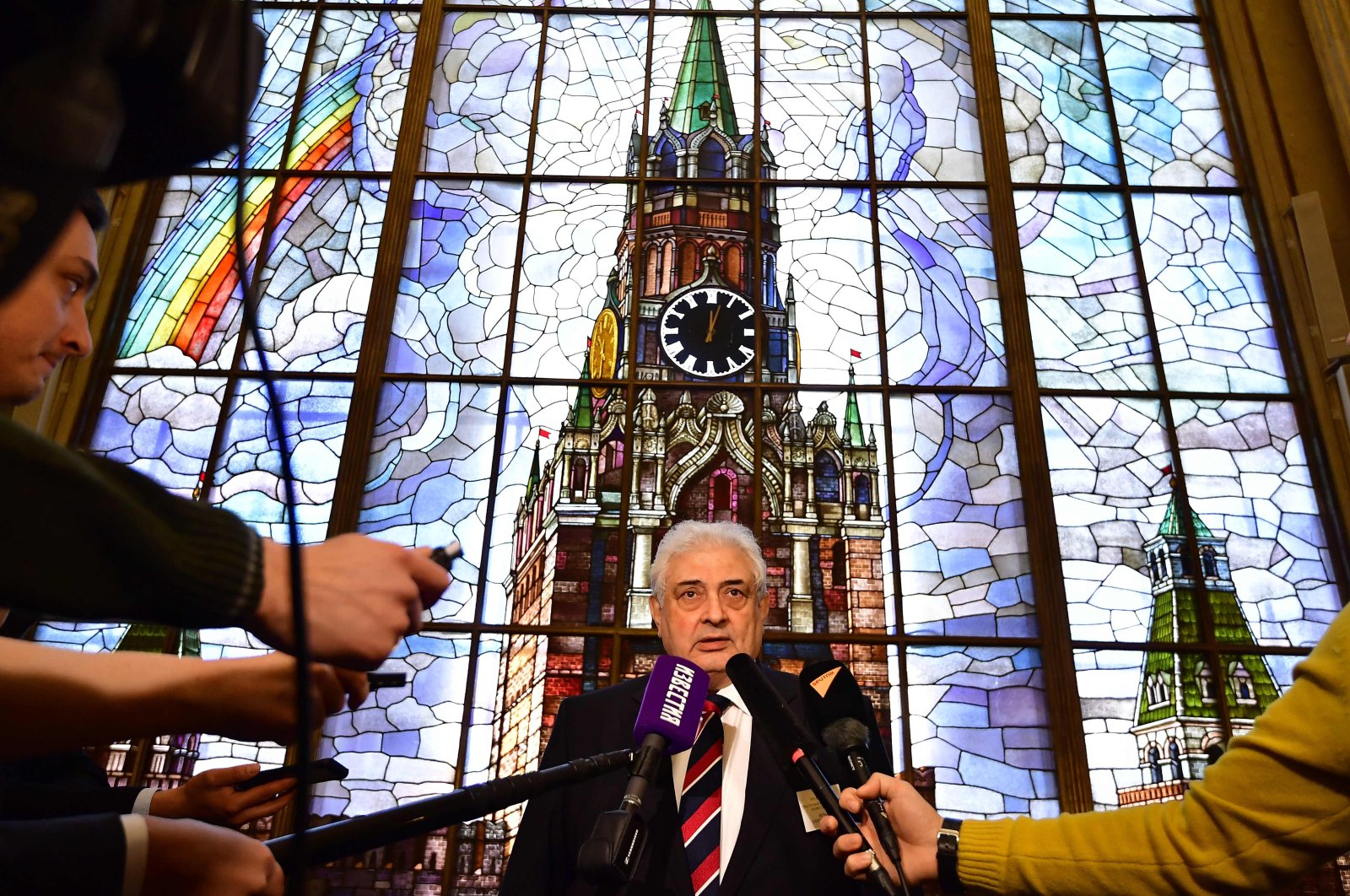 Russian ambassador to Germany Sergey Nechaev (Sergej Netschajew) addressing the media after casting his vote for Russia's presidential elections at the Russian embassy in Berlin, March 18, 2018. (AFP Photo)
by Compiled from Wire Services May 28, 2020 2:59 pm
RECOMMENDED

Germany's foreign ministry on Thursday called in the Russian ambassador to discuss possible sanctions against Moscow over a 2015 cyberattack on the German parliament, in an escalating diplomatic row.

"The Russian ambassador was informed that on the basis of an arrest warrant issued by the (German) federal prosecutor's office on May 5 against Russian national Dmitry Badin, that the German government will seek in Brussels to use the EU cyber sanctions regime against those responsible for the attack on the German Bundestag, including Mr. Badin," the ministry said in a statement.

German Chancellor Angela Merkel told parliament this month that Russia was targeting her in hacking attacks, saying she had concrete proof of the "outrageous" spying attempts and raising the possibility of sanctions.

"I can honestly say that it pains me. Every day I try to build a better relationship with Russia, and on the other hand, there is such hard evidence that Russian forces are doing this," she told parliament.

Germany's intelligence service has repeatedly called out attempts by Russian hackers to spy on lawmakers or leading politicians.

German media reported that among information copied by hackers in 2015 was data from Merkel's email account. That attack also targeted the Bundestag.

Merkel said investigators into the 2015 hacking had identified a specific suspect.

"Unfortunately the conclusion I have reached is that this is not new," she said, noting that "cyber-disorientation, the distortion of facts" were all part of "Russia's strategy."

"Obviously this doesn't make it easier" to foster a better relationship with Moscow, she said, calling such spying tactics "more than uncomfortable."

"Five years have passed. Not a single concrete fact has been provided," Lavrov said in a live interview with Russia's RBK media group.

Lavrov charged that Berlin had decided Moscow was guilty even though "there are no facts in relation to Russia."

"They suddenly said in the Bundestag... that all of this is outrageous and it had been done by Russians."

Badin is also wanted by the FBI for other cyberattacks, including those targeting the Democrats during the 2016 US presidential election.

He was accused by the German federal prosecutor's office this month of spying against the Bundestag lower house of parliament in 2015 on behalf of Russia's GRU military intelligence service.

The operation aimed at the Bundestag involved an aggressive attack called Sofacy or APT 28 that had also struck NATO members and knocked French TV station TV5Monde off the air.

The move comes against the backdrop of mounting friction with Berlin over Moscow's actions in different arenas from annexing Ukraine's Crimea, to cyber meddling in elections and its backing of Bashar al-Assad's regime in Syria.