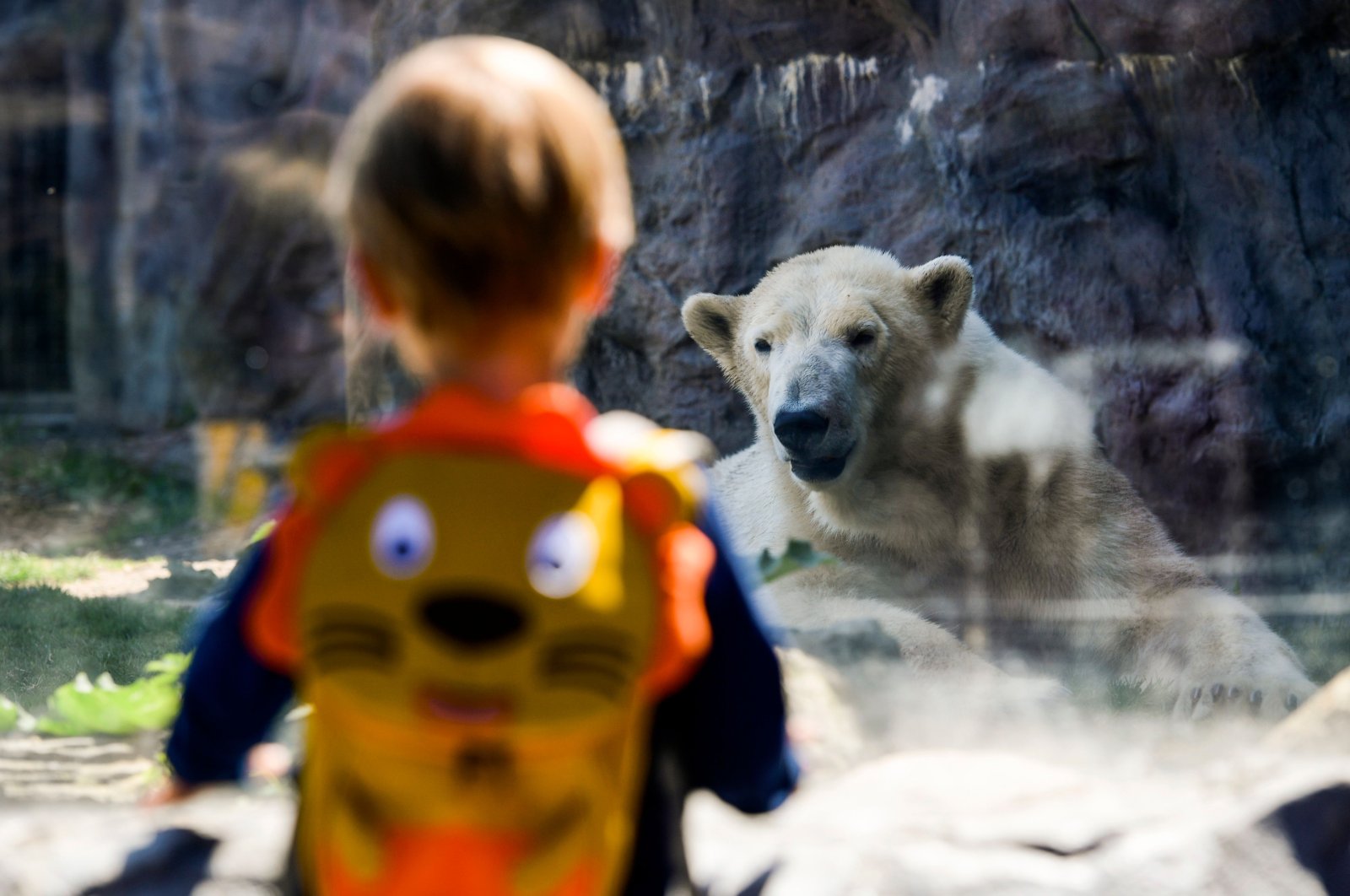 A child stands in front of a polar bear at the ZOOM Erlebniswelt Gelsenkirchen zoo, Gelsenkirchen, Germany, May 7, 2020. (AFP Photo)
by Daily Sabah with DPA May 12, 2020 2:51 pm
RECOMMENDED

German police reported a large increase in the number of cases of sexual violence against children in the country in 2019 as uncertainty has risen over whether the number would further escalate under the coronavirus lockdown this year.

According to police statistics released Monday, 15,936 cases of sexual violence against minors were reported last year, compared to 14,606 the year before, as reported by Deutsche Welle.

"Sexual abuse is also a pandemic, a pandemic on a dramatic scale," stated the federal commissioner for abuse, Johannes-Wilhelm Rörig, who underscored that one-quarter of the cases of sexual abuse against minors are carried out by an immediate family member.

The report also noted 12,262 reported cases of child pornography, a huge jump from 2018 and over double the number reported in 2016.

The trial of a man accused of abusing four young children began in Germany Tuesday, the second court case linked to last year's discovery of a nationwide child pornography network. The defendant, a 27-year-old soldier, stands accused of 36 counts of abuse, including of his own daughter and niece. In two of the instances, the man allegedly acted together with an online chat partner, who is also facing trial.

The first raid linked to the nationwide network for sharing child pornography took place in Bergisch Gladbach last October. Investigations have since reached all of Germany's 16 states. Twenty suspects are under investigation in the western state of North Rhine-Westphalia alone. The first trial linked to the case began in April in the city of Moenchengladbach, with two 39-year-old men in the dock.