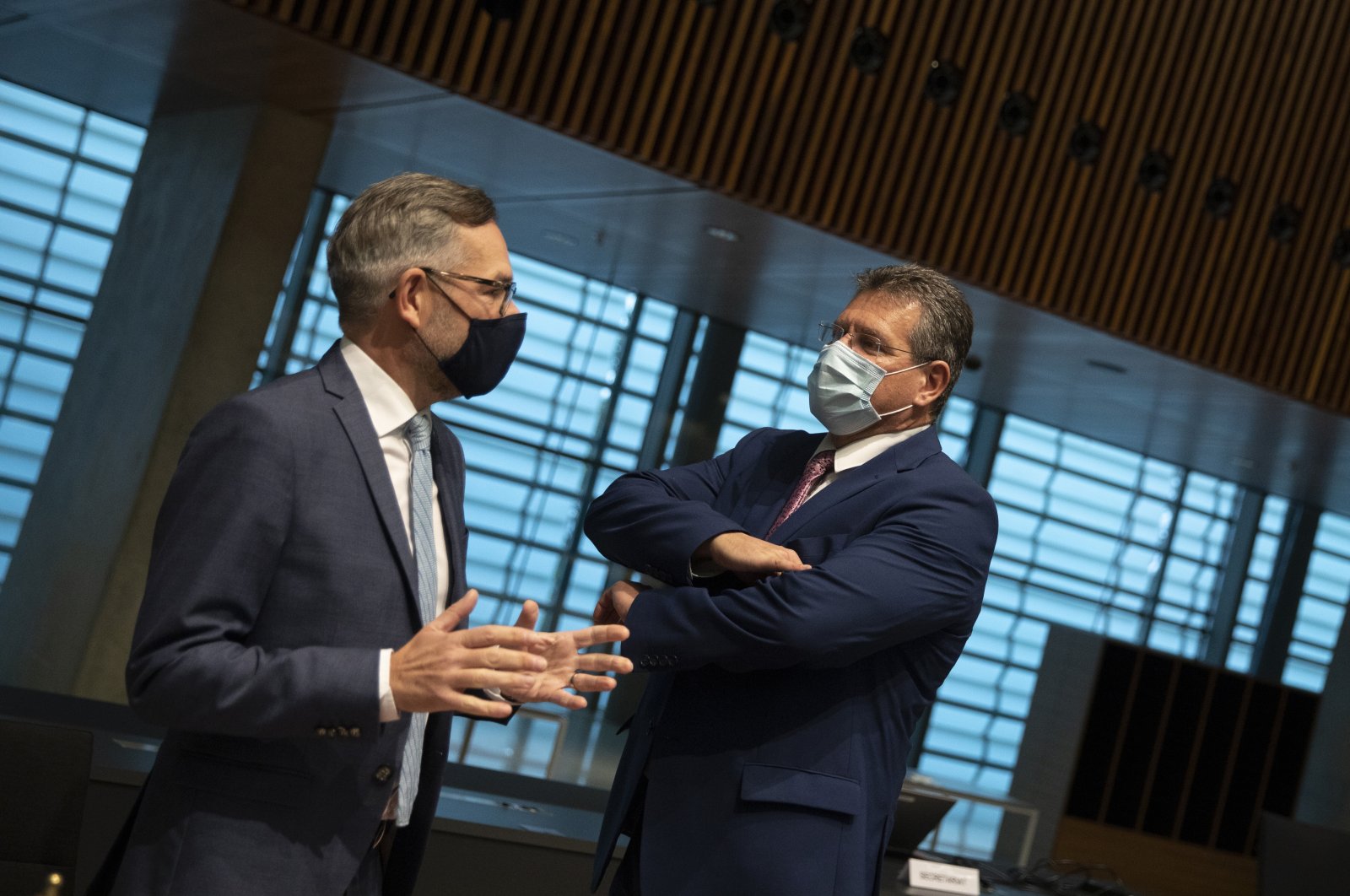 Germany and France on Tuesday pressured the United Kingdom to make concessions in three key areas of Brexit trade negotiations or face a no-deal situation as of Jan. 1 which would hit hard a U.K. economy already hurt by the pandemic.

EU negotiator Michel Barnier left negotiations in Brussels to travel to Luxembourg where EU ministers are meeting to debrief on the state of play and make sure the 27 member nations keep a united front, something which they have done ever since the U.K. decided to leave the European Union four years ago.

Germany's Europe minister, Michael Roth, stressed that as the deadline to have an outline deal on a basic trade relationship has whittled down to days and weeks instead of months, key priorities still need to be addressed by British Prime Minister Boris Johnson.

"Frankly speaking, we are at a very critical stage in the negotiations," Roth said. "Time is running out. That’s why we expect substantial progress in key areas centering on rules to ensure fair economic competition, legal oversight of any deal and fisheries."

Roth's French counterpart, Clement Beaune, said that particularly on the access of U.K. companies to the EU market, the bloc had to be very strict in making sure British firms would not be able to undercut their continental rivals because of minimal regulation and excessive state subsidies.

"Otherwise we would have unfair competition which is not backed by our citizens, companies and workers," Beaune said.

Johnson has long billed the two-day EU summit that starts Thursday as an ultimate deadline, while the 27-nation EU is willing to negotiate until early November to craft a deal, however basic.

Since last month, the member states have also become ardent in demanding legal guarantees on the governance of any deal since Johnson in September introduced legislation that breaches the Brexit withdrawal agreement he himself signed with the EU only last year.

The EU has said that any agreement will take about two months for legal ratification, translation into the many EU languages and for approval from the European Parliament, making for an effective cutoff date around Nov. 1.