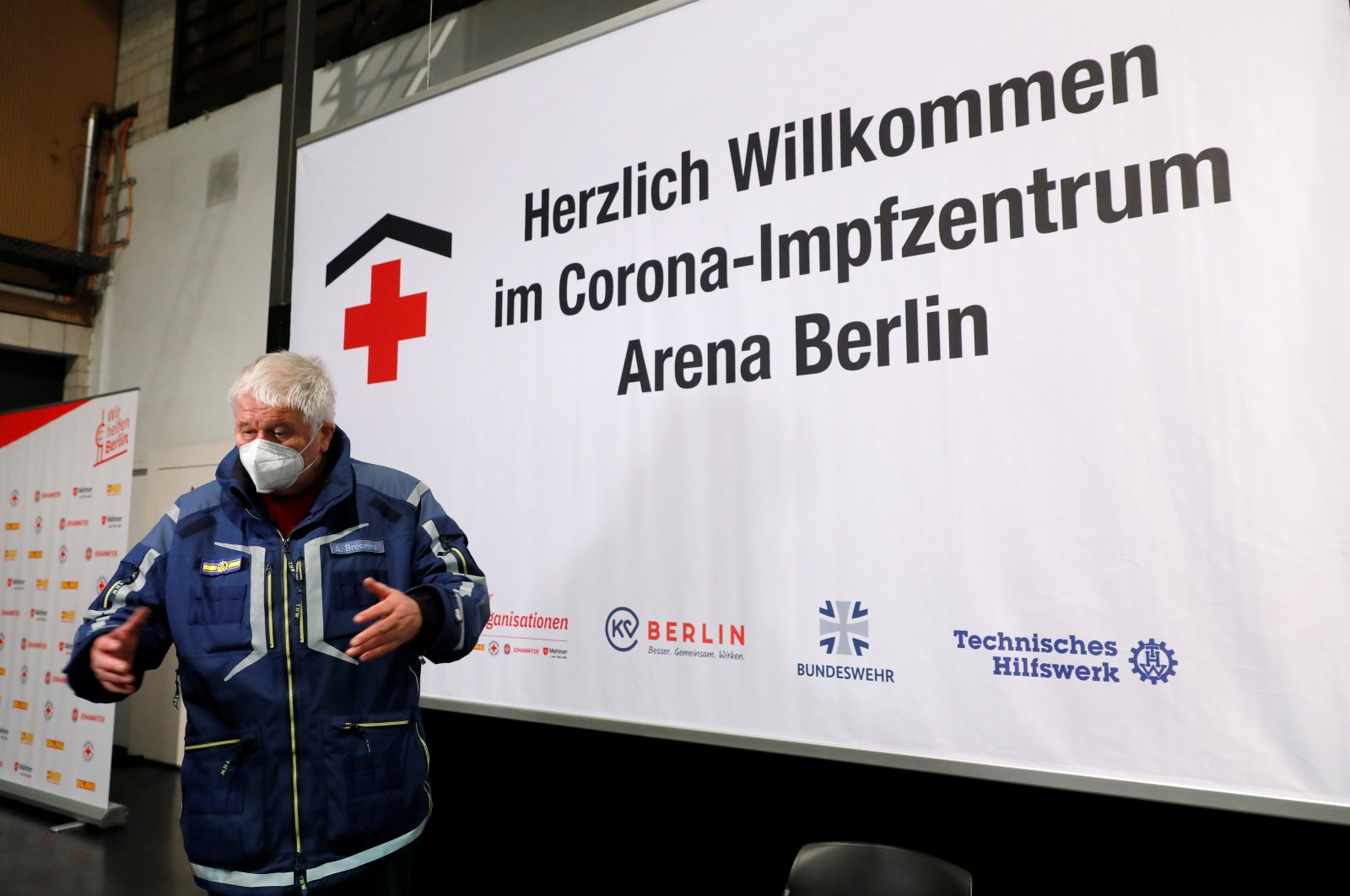 Vaccinations against the new coronavirus were officially set to begin in all of Germany's 16 states on Sunday, 11 months to the day since the first infection became known in the country.

First, people over 80, and nursing home and hospital staff who are at particularly high risk are due to be vaccinated.

Germany has set up mobile vaccination teams to start inoculating people, and most of the 400-plus vaccination centers will start operations in the coming days.

In a senior citizens' center in Halberstadt in Saxony-Anhalt, the first residents and staff received the jab on Saturday, marking the start of the largest vaccination campaign ever seen in Germany.

Among the first to be vaccinated at the Krueger centre for senior citizens in the town of Halberstadt was 101-year-old Edith Kwoizalla.

The government is urging people to get vaccinated for their own benefit and to protect others. Experts say a vaccination rate of 60 to 70 percent is necessary in order to bring the pandemic under control.

According to a YouGov survey commissioned by dpa, 65 percent of Germans plan to be vaccinated.

Health Minister Jens Spahn has called for a "major national effort", saying the vaccine is necessary to defeat the pandemic. "It is the key to getting our lives back," he said on Saturday.

Federal Research Minister Anja Karliczek also sees the beginning of the nationwide vaccination drive as an opportunity for a gradual return to normalcy. "Normal life will come back step by step. Perseverance is still necessary," the CDU politician told dpa.

Initially, only a very limited number of vaccine doses will be available nationwide. In each federal state there were around 10,000 doses distributed on Saturday.

Some 1.3 million vaccine doses are set to be delivered by the end of the year. By the end of March it should be over 10 million. And in the middle of 2021 Spahn wants to be able to make an offer to anyone who wants to be vaccinated.

The first infection with the new coronavirus in Germany was reported on January 27. Since then, more than 1.6 million infections have been registered.

According to the German disease control authority the Robert Koch Institute, 29,422 people have died due to the virus.