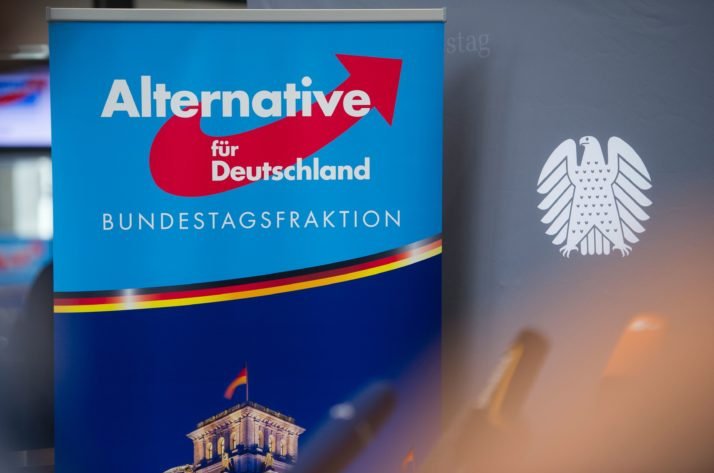 Germany's domestic intelligence agency BfV is placing the far-right nationalist Fluegel group, founded by members of the Alternative for Germany (AfD) party, under surveillance, while calling it an "extremist entity."

Fluegel is the extremist wing of the AfD, led by Bjoern Hoecke, head of the party in the state of Thuringia.

Hoecke and other firebrand members of the party have been frequently accused of using Nazi rhetoric.

The domestic intelligence agency had already been monitoring Fluegel and the AfD's youth branch since January 2019 due to suspicions of right-wing extremism.

Sources told DPA that the agency believes these suspicions to be true and is elevating Fluegel's status to a case for surveillance, meaning intelligence officers could infiltrate the group.

Facing growing far-right extremism, Germany was shaken by more than 100 bomb and death threats sent by neo-Nazi groups to lawyers, politicians and institutions in 2019. In addition, far-right groups have drawn up several “enemy lists” containing the names and addresses of more than 25,000 people, a parliamentary inquiry revealed in July 2018. Germany is home to some 12,700 potentially violent far-right radicals, according to the BfV. As support for the far-right has increased over the last four years, German authorities have grown increasingly concerned over the rise of right-wing terrorism in the country. A secret report by the BfV revealed last May that right-wing extremists were preparing for “a civil war scenario” or “a feared collapse of public order” by training members to use firearms and explosives and collecting other necessary supplies.