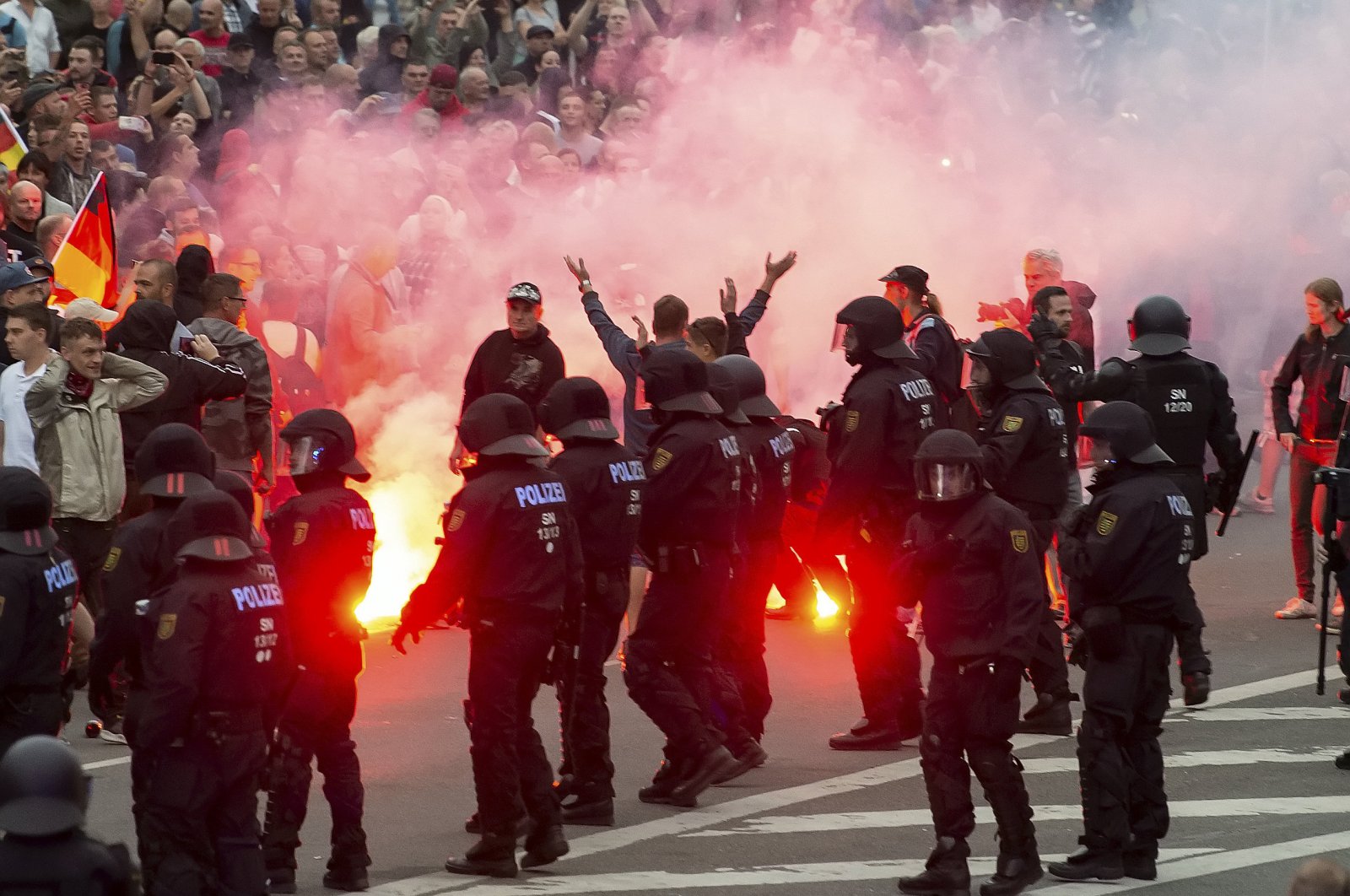 A German court has found eight men accused of belonging to the right-wing extremist group "Revolution Chemnitz" guilty of membership in a terrorist organization and handed them jail terms between two and five and a half years.

Seven members of the group were detained last year for allegedly planning an attack linked to the Oct. 3 German Unity Day celebrations in 2018.

In August 2018, massive far-right rallies rocked the city of Chemnitz, in eastern Germany, where skinheads hounded migrants and performed the illegal Hitler salute. After the violence in Chemnitz, German police detained six men suspected of forming a far-right militant organization that assaulted foreigners in Chemnitz and had also planned attacks on politicians. The arrests once again cast an uncomfortable spotlight on the growing problem of far-right terrorism in Chemnitz, which is a stronghold of the far-right Alternative for Germany (AfD) party.