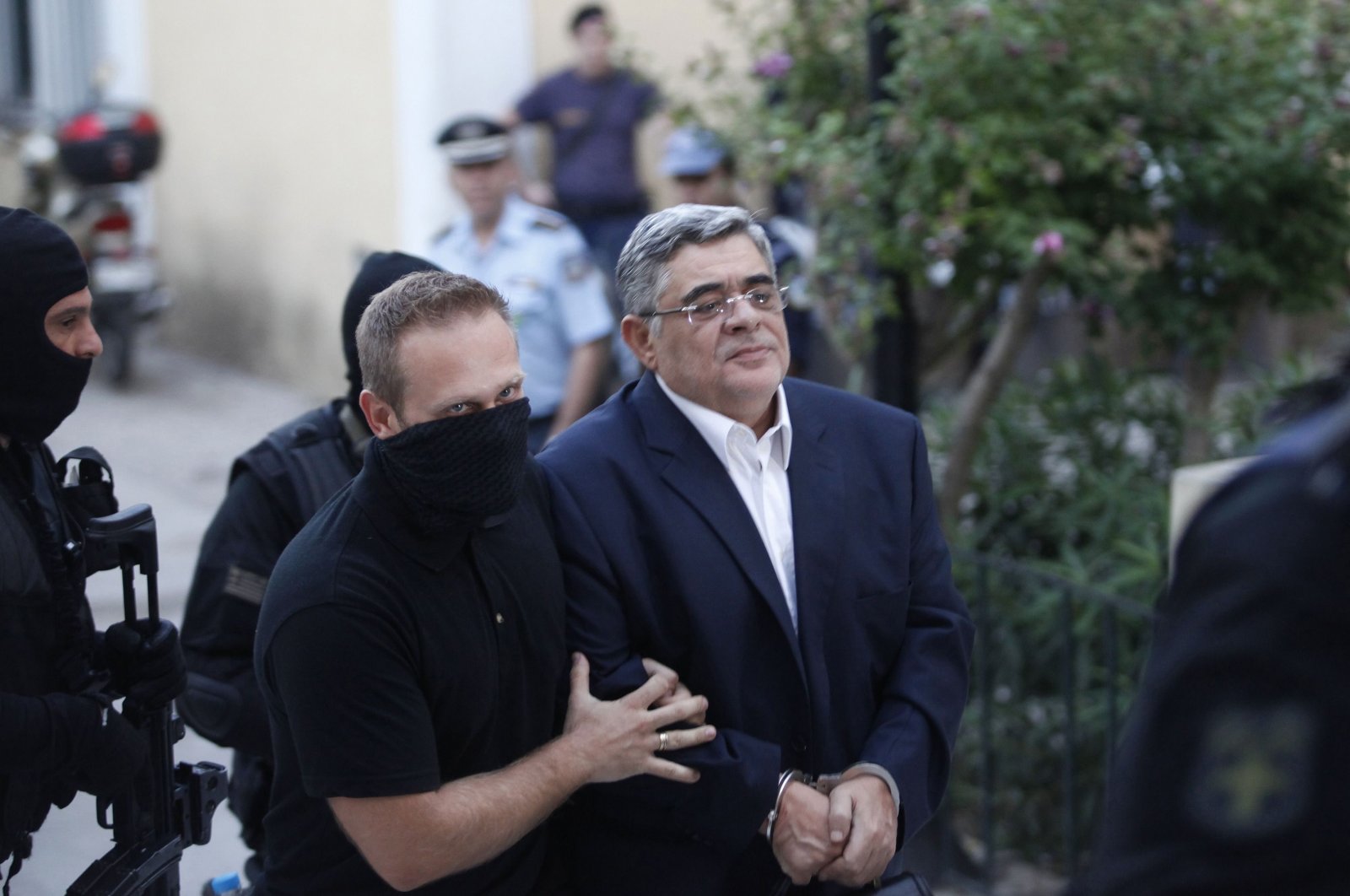 An Athens criminal court is set to hand down verdicts Wednesday on the top leaders and dozens of members of Greece's neo-Nazi Golden Dawn group after one of the country's biggest trials in decades.

During hearings over more than five years in the Greek capital, prosecutors have attempted to prove that Golden Dawn is a violent criminal organization overseen and controlled by founder Nikos Mihaloliakos and fellow conspirators.

In total, 68 members of the party have been on trial, including Mihaloliakos and more than a dozen other former MPs like him who were elected in 2012 as the openly xenophobic group capitalized on anger over joblessness and migration.

The prosecutions were sparked by the late-night murder of a 34-year-old anti-fascist rapper called Pavlos Fyssas, who was chased down by a mob of Golden Dawn thugs and stabbed to death in front of a cafe in the western Athens suburb of Keratsini in September 2013.

The killer has confessed to the crime, but the attack sparked outrage and the charges that Golden Dawn was a paramilitary-style organization that used beatings, intimidation and murder as tactics, all with the knowledge of senior party members.

"The trial of Golden Dawn has been a serious test for the Greek criminal justice system and its ability to address the threat posed by a group that has used and advocated violence and discrimination," said Nils Muiznieks, Europe director at Amnesty International. The trial would be felt "far beyond Greece's borders" because it showed the willingness of authorities to tackle an "extreme far-right group" which has equivalents in other European countries, he argued.

As well as delivering a verdict in the murder trial for Fyssas and the trial of senior leaders of Golden Dawn, the court will also hand down judgements for two other attempted murder cases allegedly involving Golden Dawn members.

These saw several Egyptian fishermen left with broken teeth and head injuries after being beaten with clubs and metal bars in June 2012. In a separate attack, members of a Communist trade union were attacked in September 2013.

For lawyer Kostas Papadakis, who is representing the Egyptians, the biggest issue "is to see if the court will convict the leadership and members of the party for the crime of creating and belonging to a criminal organization."

This has been in doubt since December last year when chief prosecutor Adamantia Iconomou called for the acquittal of the party leaders on the basis that the existence of a criminal organization had not been proven.

The announcement led to severe criticism from some legal experts and anti-fascist campaigners. The killer of Fyssas risks life imprisonment, while Golden Dawn founder Mihaloliakos and fellow senior leaders risk jail sentences from five to 15 years.

Golden Dawn was founded in the mid-1980s by Mihaloliakos, a disgraced former army cadet. He met ex-Greek dictator George Papadopoulos in prison who urged him to lead a far-right youth group.

Over decades, Mihaloliakos took advantage of a flood of immigration from the Balkans to hone his racist political messaging.

His group steadily grew in numbers and influence, coming together at meetings with flaming torches, while its members carried out attacks on migrants and left-wing activists that were rarely punished.

Mihaloliakos became a member of the Athens City Council in 2010 where he performed a Nazi salute at one of his first meetings.

Golden Dawn was at its political peak at the time of Fyssas' murder, having won 18 seats in the 300-seat Parliament in 2012 due to anger over a financial crisis in Greece and the arrival of hundreds of thousands of migrants from the Middle East and South Asia.

Many of those MPs are on trial, including Christos Pappas, who police found in possession of a trove of Nazi and fascist memorabilia, and Ilias Kassidiaris, a party spokesman who has a swastika tattoo and once struck a female Communist lawmaker in the face during a TV talk show.

Prime Minister Kyriakos Mitsotakis said over the weekend that the formation of Golden Dawn had been "catastrophic" for Greece's politics and he hailed the rejection of the party by Greek voters. In the last parliamentary elections in 2019, following the crackdown and prosecutions, Golden Dawn lost all of its seats.