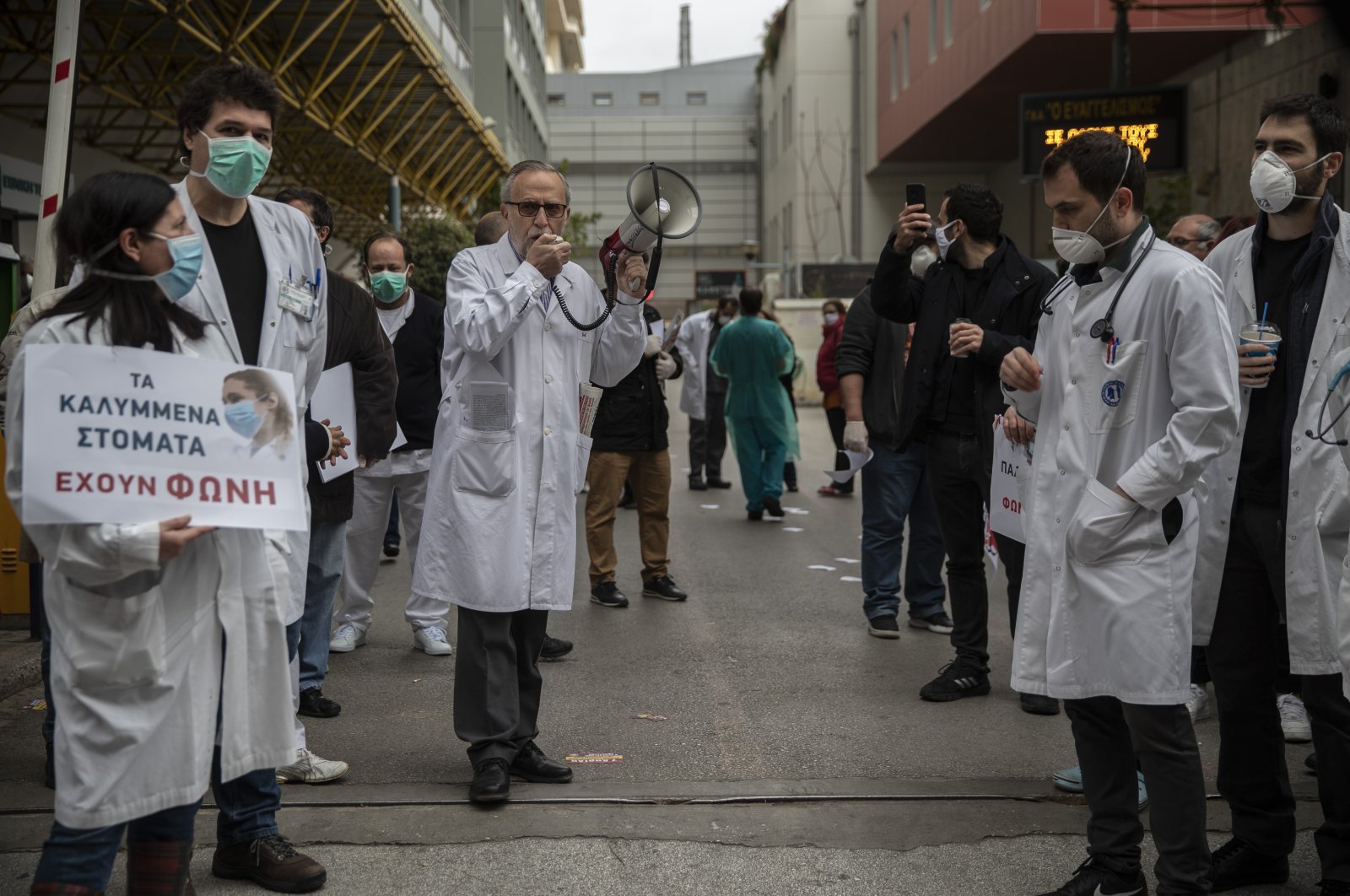 A doctor speaks through a loudspeaker during a protest at Evagelismos hospital during the World Health Day, Athens, Tuesday, April 7, 2020. (AP Photo)
by Compiled from Wire Services Apr 07, 2020 3:03 pm

Hundreds of Greek health care workers demonstrated on Tuesday to protest the working conditions and lack of manpower and equipment in public hospitals during the coronavirus pandemic.

Doctors and other staff members led the silent demonstrations at the front entrance of Greece’s largest hospital in central Athens, wearing surgical and protective gear. Holding up banners reading “We fight for you. Shout for us,” the doctors said more resources were needed to deal with the pandemic in Greece. The protests were held outside more than a dozen hospitals, organized by the national hospital doctors’ union. It also had the backing from the Greek Communist Party, which sent lawmakers to several of the demonstrations.

The national coronavirus death toll reached 79 on Monday and still remains below the number of fatalities attributed to seasonal flu.

The demonstrations were staged to coincide with World Health Day, according to the federation of hospital personnel.

Health care in Greece was drastically affected by the country's 2010-2018 financial crisis and tough austerity required by creditors in exchange for bailouts. As part of its measures to deal with the pandemic, the government has offered clinics 30 million euros ($32.6 million) and announced the hiring on short-term contracts of 2,000 doctors and 2,000 nursing staff.