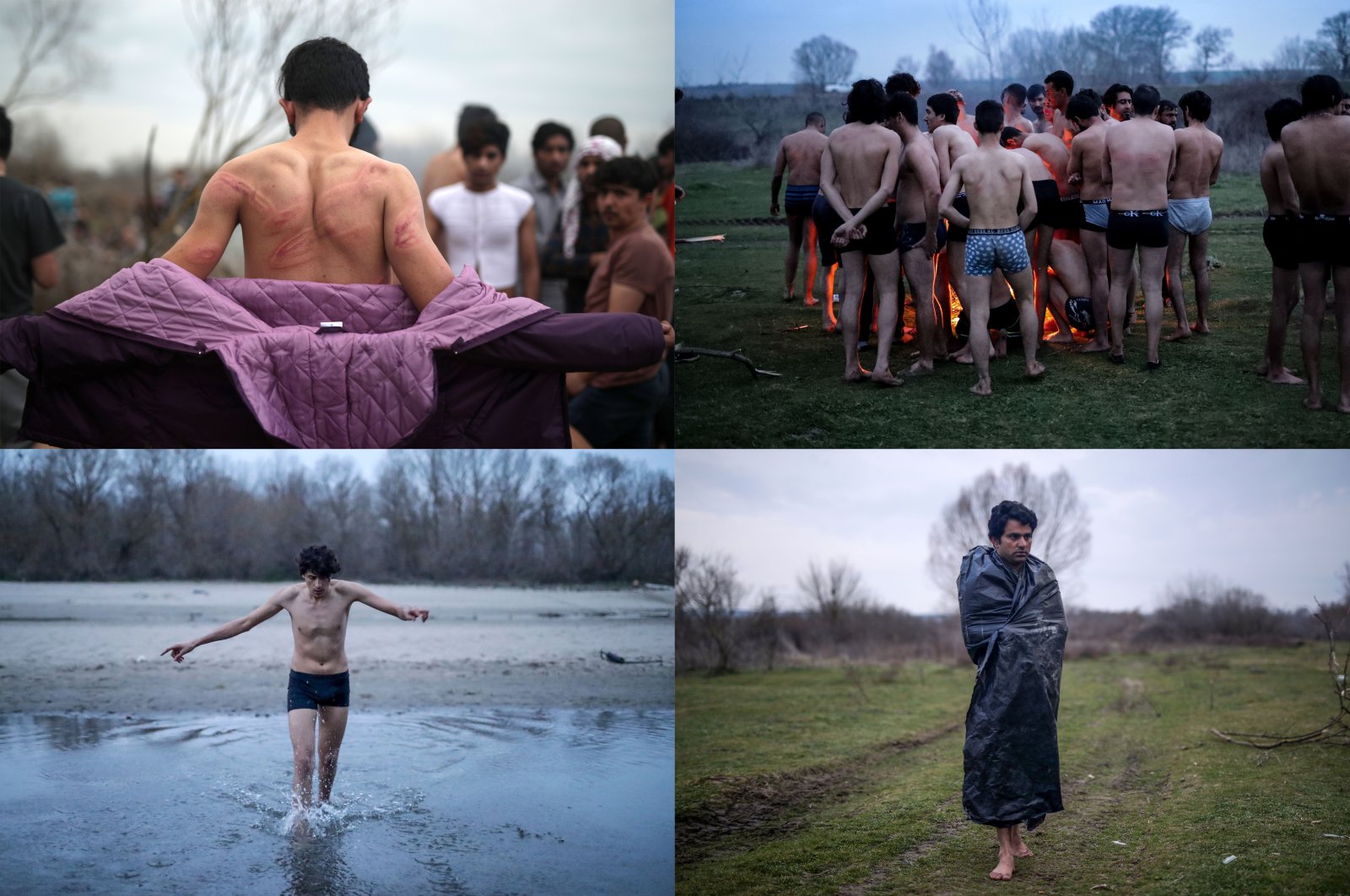 Greek security forces have severely beaten Syrian refugees and stripped them of their clothes, money and mobile phones after they tried to cross into the country, TRT Arabic reported on Friday.

“According to refugee testimonies, the Greek security forces beat them severely, in addition to stripping them of money, mobile devices and even clothes,” the news outlet said in a tweet.

Greece’s indifferent attitude toward the Geneva Convention and EU laws have drawn fire recently, as the country increased police violence on the Turkish border.

Foreign Minister Mevlüt Çavuşoğlu also lashed out at his Greek counterpart about the issue.

"@NikosDendias do you think it is acceptable to throw tear gas bombs at innocent refugees? Is it acceptable to shoot and kill them? Instead of spreading fake news about us #Greece should treat refugees as human beings, just like #Turkey. #GreeceAttacksRefugees," Çavuşoğlu said on Twitter.

President Recep Tayyip Erdoğan also said that Greece’s attitude is a total violation of both international and EU laws.

Turkey's decision to open the border came after 34 Turkish soldiers were killed by Assad regime forces in Idlib, northwestern Syria last week. The Turkish soldiers were stationed there to protect local civilians under a 2018 deal with Russia which prohibits acts of aggression in the region.

Turkey already hosts nearly four million Syrian migrants, more than any country in the world. It says it cannot handle another refugee wave.