Greek protesters hurl firebombs toward US embassy in Athens 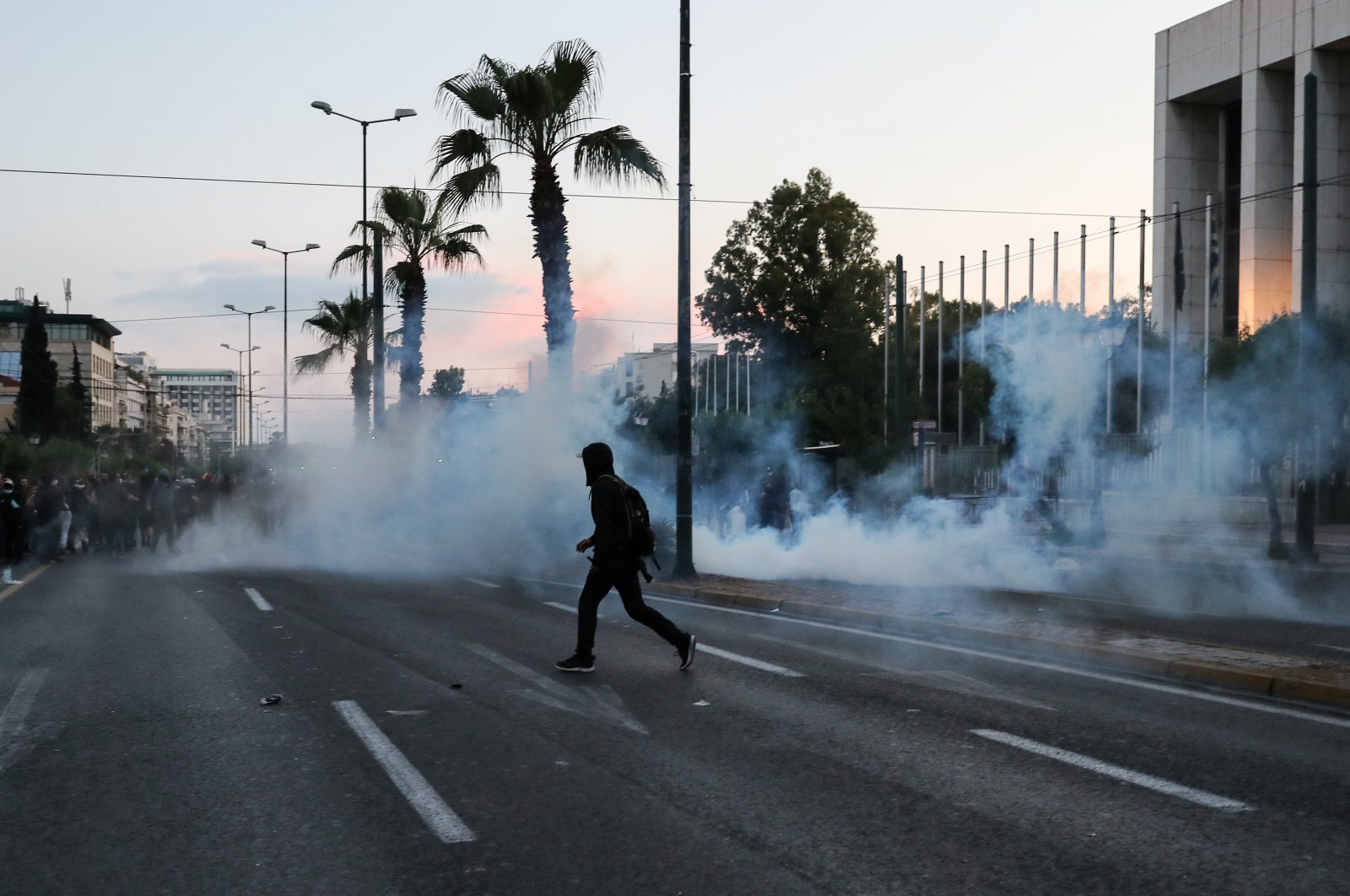 Demonstrators hurled firebombs in a march towards the U.S. Embassy compound in Athens on Wednesday during a protest over the death of George Floyd in Minneapolis.

Reuters journalists saw demonstrators throwing several flaming objects which erupted into flames on the street toward the heavily-guarded embassy in central Athens and police responding with rounds of teargas.

The embassy itself was cordoned off with rows of blue police buses.

Police sources estimated the number of protesters at more than 3,000.

Meanwhile, thousands of people gathered on Wednesday in the capitals of Finland and Sweden to protest racism and police brutality.

The Finnish capital Helsinki's central Senate Square was flooded with people, some carrying signs that read "Black Lives Matter," which they also chanted, according to images shown by Finnish public broadcaster YLE.

In Stockholm, the capital of neighboring Sweden, a similar protest was staged in the central square, Sergels Torg.

The crowd chanted slogans like "Stop racism" and "No racists on our streets," the report said.

The protesters were generally peaceful, but one person was apprehended on suspicion of throwing an item at police, daily Svenska Dagbladet reported.