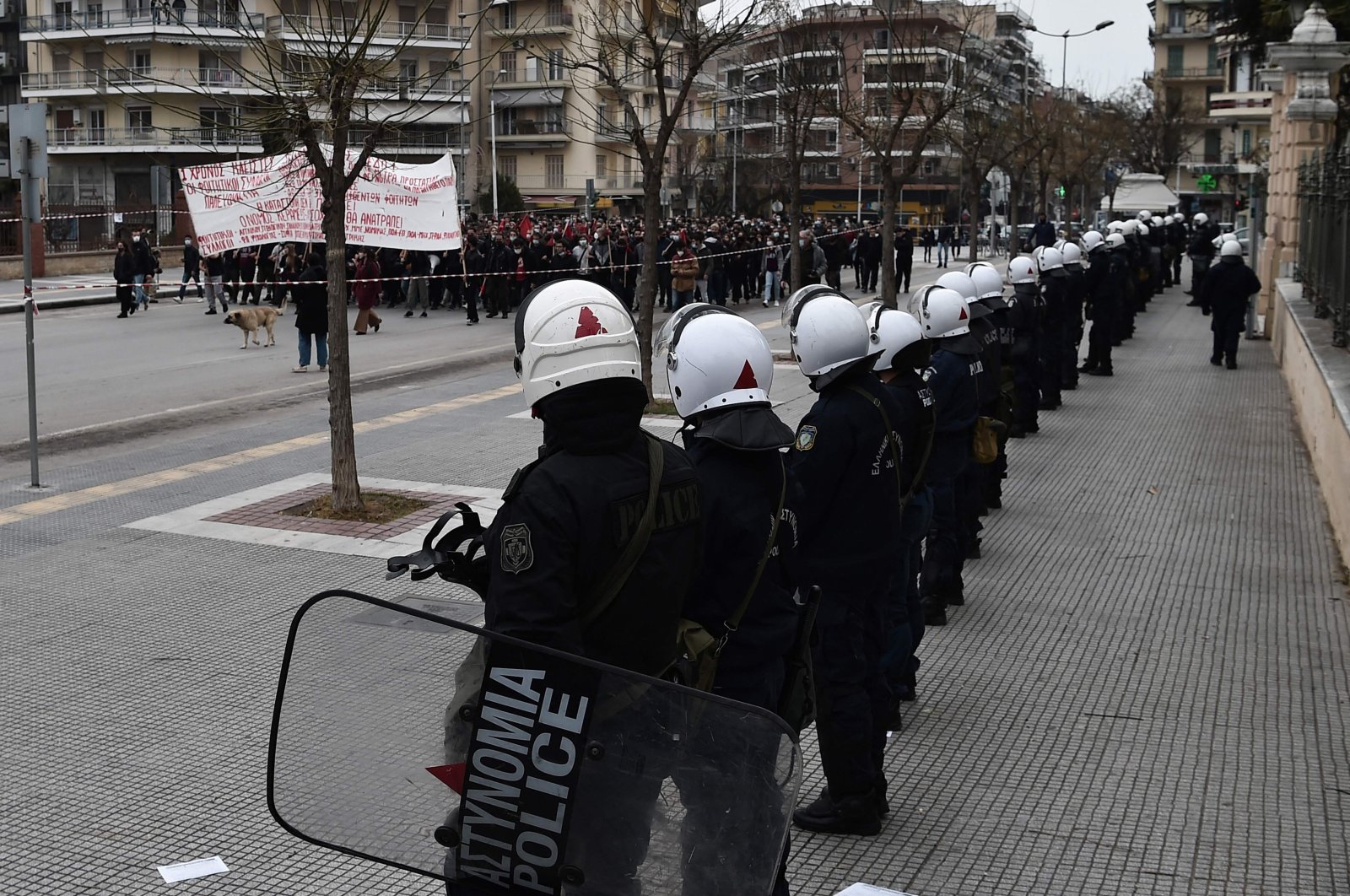 More than 1,000 students kept up protests on Wednesday in the Greek capital after clashes with security forces over bitter allegations of police violence.

The authorities reported 10 officers were hurt on Tuesday evening, one with serious head injuries, and 16 people were arrested on the sidelines of a demonstration by some 5,000 people.

The protests follow months of anger in the Greek media and among campaigners over numerous high-profile cases of alleged police brutality at student and left-wing protests.

Uproar followed the release of a video that went viral showing an officer beating a man with a baton Sunday during a patrol to enforce a coronavirus lockdown.

His screams of "I'm in pain" have become a hashtag on social networks.

The officer accused of the beating has been suspended, police sources said, and an inquiry opened.

Police said 1,000 students were on the streets Wednesday afternoon, but an AFP reporter estimated the numbers at double that figure.

"Repression will not win" read one banner at the protest called specifically against the setting up of a university police force.

Government spokesperson Aristolelia Peloni accused left-wing opposition party Syriza of "stoking the tensions" and "irresponsibility" at an already difficult time under the pandemic.

Prime Minister Kyriakos Mitsotakis urged people to ensure that "the sad images of violence that we have seen in Athens this (Tuesday) evening are the last."

"I will not allow anyone to divide us," he said.

The 16 detained individuals, seven of them minors, were placed in custody on Wednesday.

A 22-year-old man faces charges of attempted murder, while the others are accused of grievous bodily harm, violence and insults, and arson as well as breaking COVID-19 restrictions, police said.

Extensive clashes broke out between police and protesters on Thursday as well in Greece’s second-largest city, Thessaloniki, after authorities ended an occupation by students and other demonstrators at the city’s main university building.

Police responded with tear gas and made multiple arrests. No injuries were reported.

The occupation, which had lasted for about three weeks, was to protest a decision by the center-right government to start police patrols of university campuses.

Athens residents meanwhile are under stay-at-home orders, with only essential trips allowed, in a bid to tame the coronavirus, which has claimed some 6,800 lives in Greece.