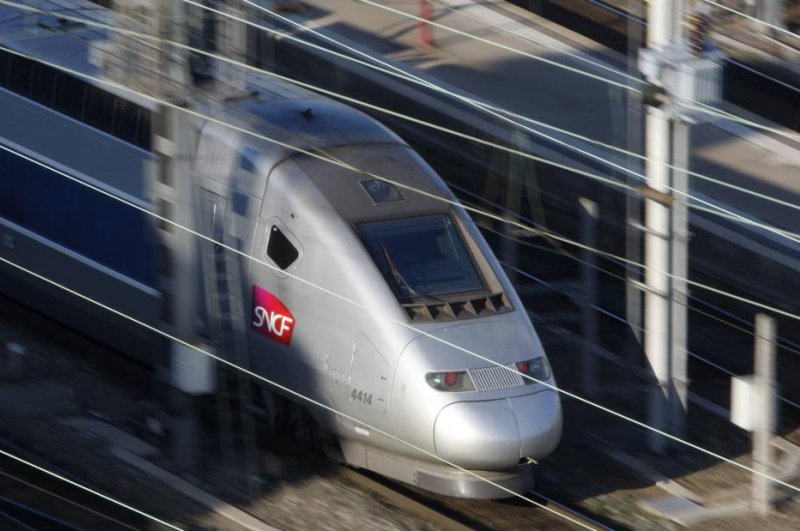 A high-speed TGV train running between Strasbourg in eastern France and Paris derailed Thursday, seriously injuring the driver, who managed to slam on the emergency brakes and bring the train to a halt, officials said.

Two other people were slightly injured – the conductor and one of the 300 passengers, train operator SNCF said. The train was traveling from Colmar in eastern France to the capital and was racing along at 270 kph (170 mph) when it jumped the tracks.

The seriously injured train driver was evacuated by helicopter.

A spokesperson for the SNCF said: "As far as we know, there are no serious injuries among passengers."

Rescue workers were at the site of the accident near Vendenheim, around 15 kilometers (9 miles) north of Strasbourg, the SNCF and local authorities said.

Other trains were being rerouted, and there was no interruption to services, the SNCF spokesperson added.

Alexandre Sergeant, a passenger on the train, told BFM television by telephone that the train left Strasbourg on time at 7:19 a.m. (0619 GMT), and the accident occurred around 20 minutes later.

"All of a sudden we felt an impact, and then the train was on the gravel; it kept rolling for a while and then started to lean on its side," Sergeant said.

"We're in the third wagon, all the windows are broken, and our wagon is off the tracks," he added.

In 2015, a TGV train derailed on the Paris-Strasbourg line during a test run prior to the line's entry into service, killing 11 people.

That crash dealt a setback to the rollout of high-speed rail lines that are a symbol of French pride and intended to help support economic growth beyond the capital.