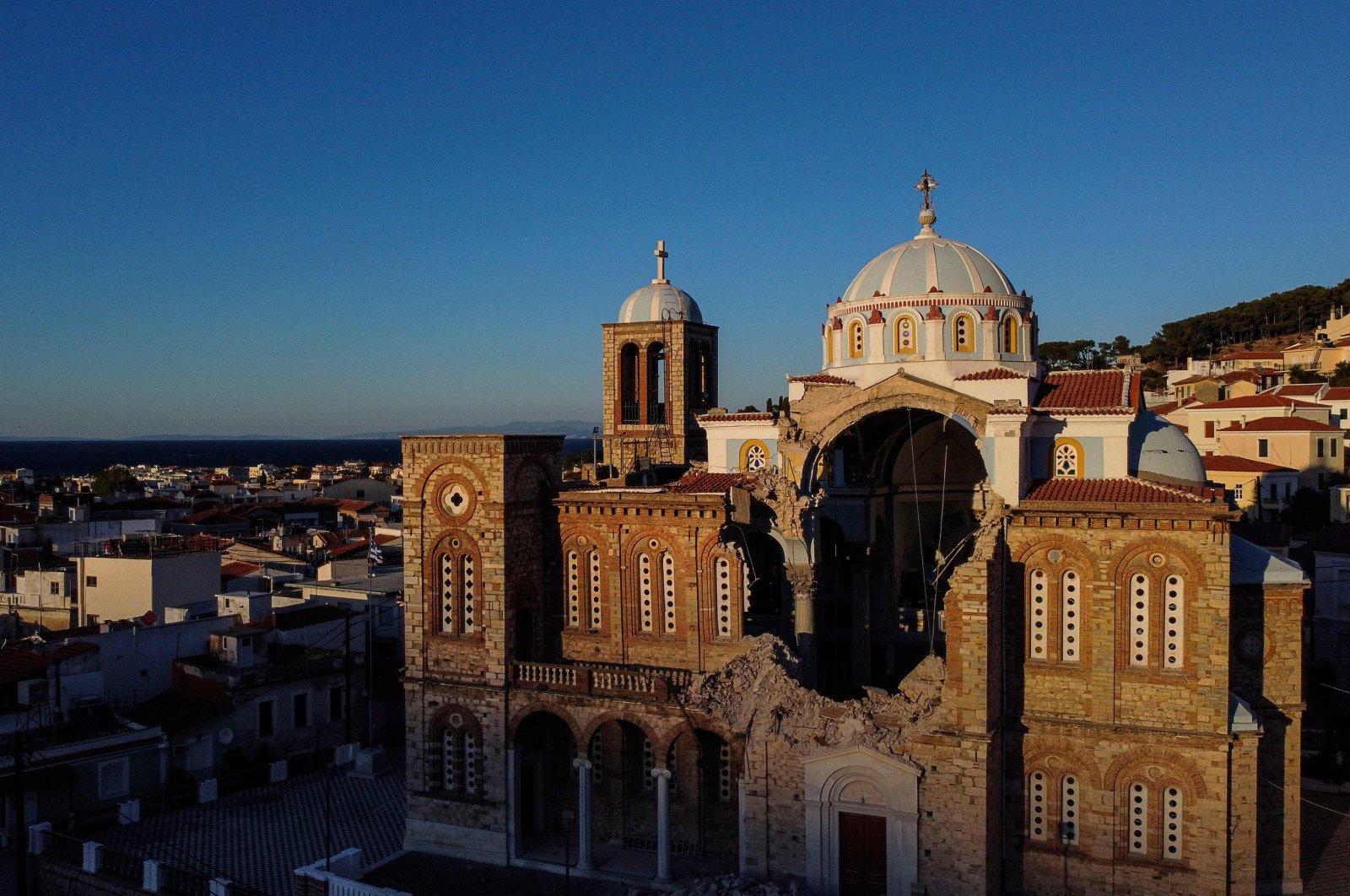 This photograph taken on October 31, 2020 shows the damaged Greek Orthodox church of Karlovasi on the island of Samos, a day after a powerful earthquake struck parts of Greece and Turkey's western coast. (AFP Photo)
by REUTERS Nov 02, 2020 4:57 pm

The Greek island of Samos was one of the areas affected by the earthquake that struck in the Aegean Sea Friday.

The 6.6 magnitude tremor, centered off Turkey's Izmir province, caused destruction in Turkey as well as on some Greek islands.

The people of the island have been trying to heal their wounds as they mourn the death of two teenagers.

The young victims of the earthquake were students, a girl aged 15 and a boy aged 17. Severe damage was observed in 300 homes and over 70 workplaces on the island, according to initial estimates.

Many vehicles near the sea were reportedly submerged and businesses were damaged by a small-scale tsunami that occurred after the earthquake.

The National Observatory of Athens’ Institute of Geodynamics initially put the magnitude of the quake at 6.6 but later revised it to 6.7.