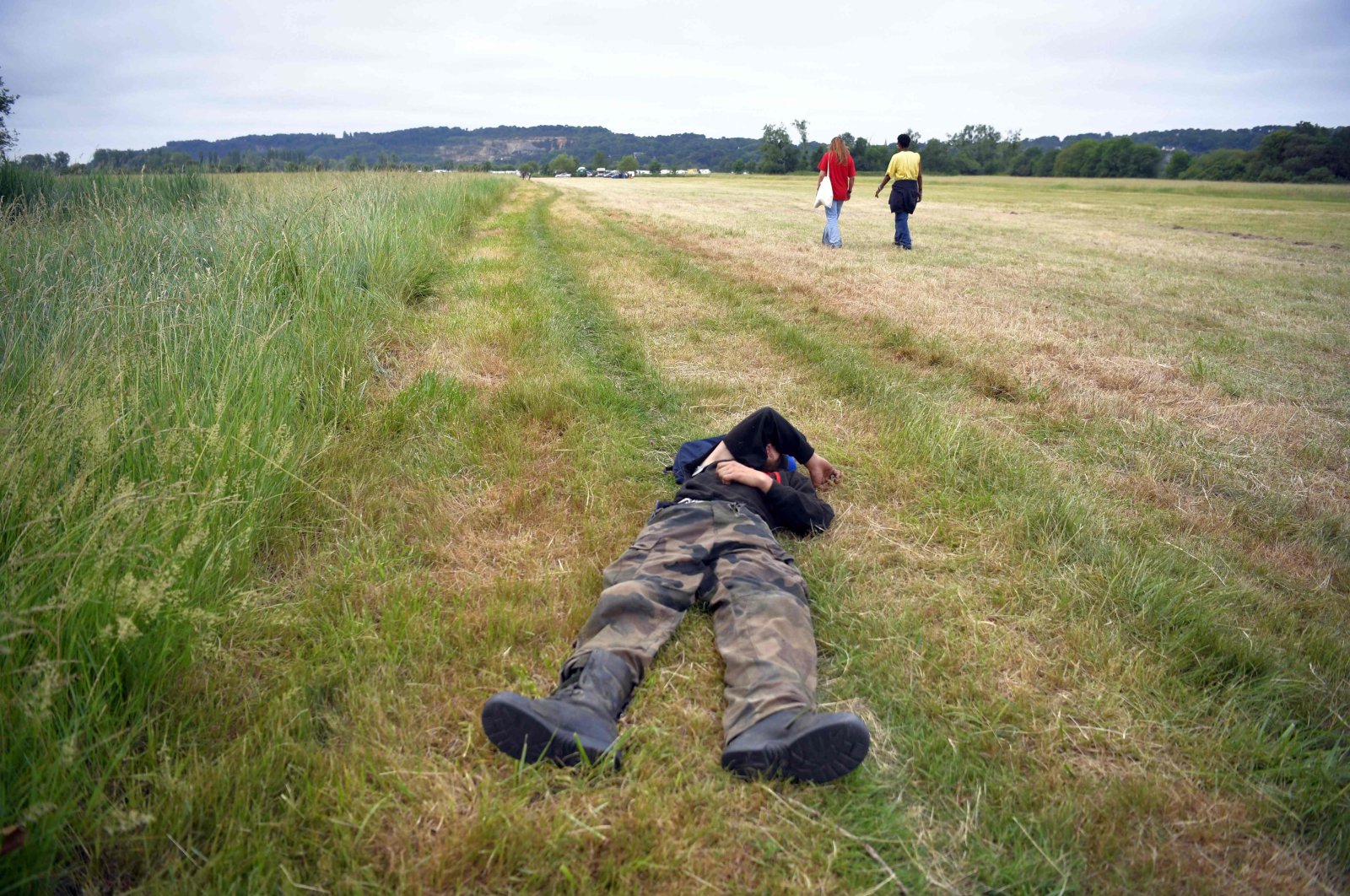 Two participants of an illegal rave party cross a field while another lies on the ground, in Redon, northwestern France, June 19, 2021. (AFP Photo)
by ASSOCIATED PRESS Jun 19, 2021 12:16 pm
RECOMMENDED

Several people were hurt, including a 22-year-old man who lost his hand, as clashes broke out when police tried to break up an unauthorized rave party in western France, authorities said Saturday.

The tensions erupted in a field near the Brittany town of Redon on Friday night, just two days before France lifts an overnight virus curfew that's been in place for more than eight months – and has prompted growing frustration among young people.

Police repeatedly fired tear gas and charged clusters of violent partygoers who hurled metal balls, gasoline bombs and other projectiles at security forces, according to images of the clashes shared online and the top government official in the region, prefect Emmanuel Berthier. Local authorities estimated about 1,500 people took part.

Berthier accused the attendees of “extreme” and “inexcusable” violence. It took police more than seven hours to disperse the crowd, and authorities were still evacuating people from the field Saturday morning, Berthier told reporters.

He said an investigation is under way into the overnight events, including how the 22-year-old lost his hand. Regional gendarme chief Pierre Sauvegrain told France-Info radio that the man was believed to have picked up an object that exploded, without elaborating.

An underground New Year’s Eve rave party in the same area drew at least 2,500 people and led to multiple arrests.

France has been gradually lifting restrictions in recent weeks as infections wane and vaccinations rise. France's curfew, among the strictest and longest in Europe, is set to expire Sunday.