Human neglect blamed for 70% of summer fires in Italy 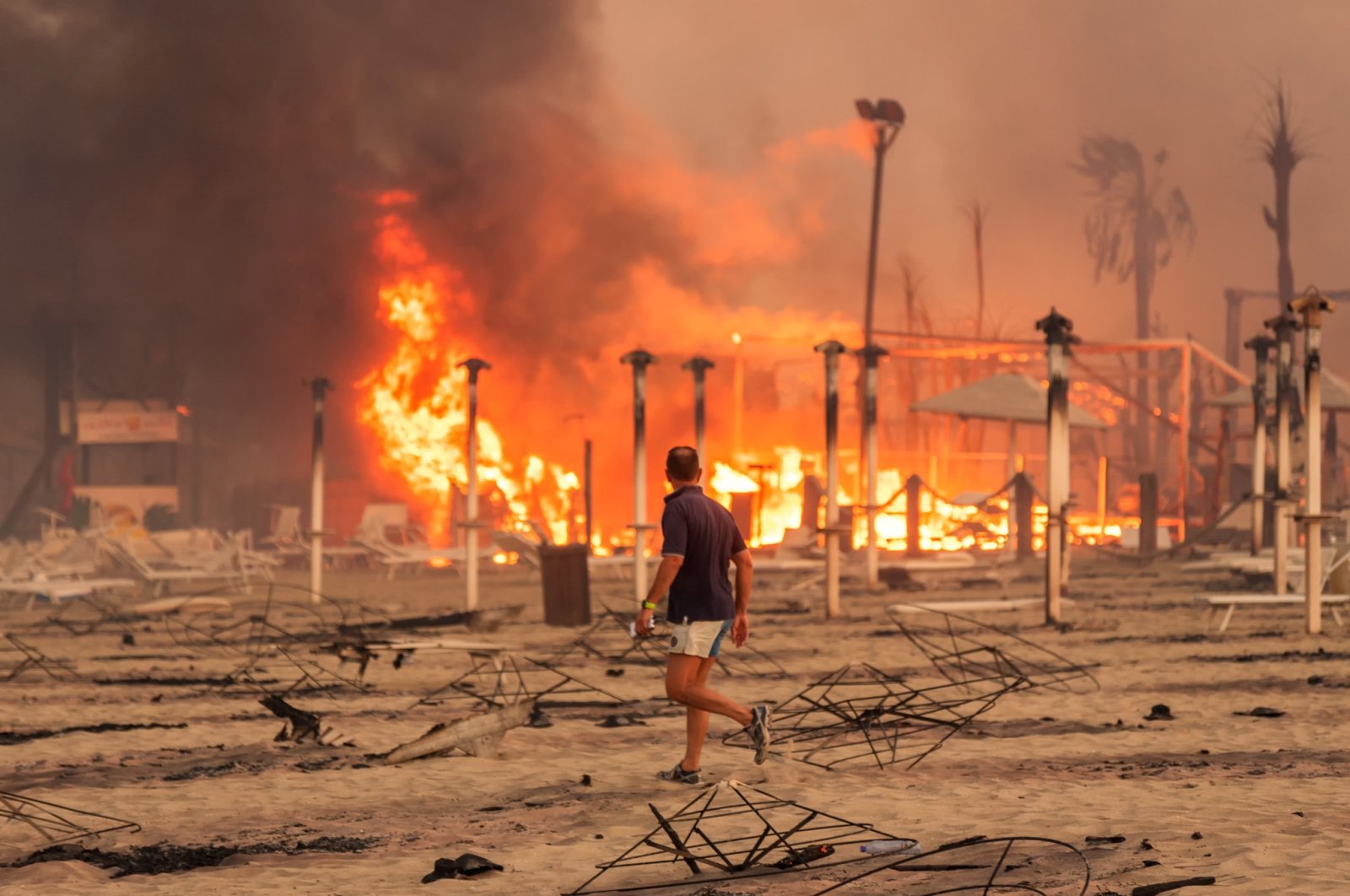 More than 70% of fires that have swept Italy this summer are caused by human action, aided by climate change, a government minister said Thursday.

Firefighting planes were deployed again overnight to tackle forest fires in the southern region of Calabria and on the island of Sicily, where flames threatened a nature reserve in the north. They are the latest in hundreds of blazes that have broken out across the peninsula in recent weeks, with one in the west of the island of Sardinia ravaging almost 20,000 hectares.

Roberto Cingolani, the minister for ecological transition, told parliament Thursday that 57.4% of the fires are caused by arson and 13.7% the result of unintentional human action.

"Our actions are responsible for more than 70%," he said, adding that less than 2% of fires were down to natural causes such as lightning. He said the impact of climate change was felt through "a reduction in the average humidity of the soil, to which are added ... dry, high-temperature winds." Cingolani said he did not understand why people would start such fires, as they brought no economic benefit.

Under the law, "in areas that have been on fire, for 15 years you can't do anything different from what was there before," he said. Turkey and Greece have also been battling major blazes this summer that officials and experts have linked to increasingly frequent and intense weather events caused by climate change.

The European Union has sent help to a number of countries including Italy and Greece in the form of planes, helicopters and firefighters. In Sicily, firefighters in Palermo reported facing more than 40 fires in scrubland on Wednesday, which they said were "fueled by high temperatures and the strong wind."

The Coldiretti agricultural organization said it would take up to 15 years to reestablish the woodlands lost by the fires, calling for more protection against blazes. Meanwhile, heavy rain in the north of Italy has also been causing problems, with flooding around the picturesque tourist hot spot of Lake Como.

Firefighters said they evacuated 120 people late Wednesday from a campsite in Dervio, on the eastern shore, as a precaution. And around 100 guests were evacuated from a hotel on the northern edge after it became partially submerged in mud and debris, according to the ANSA news agency.