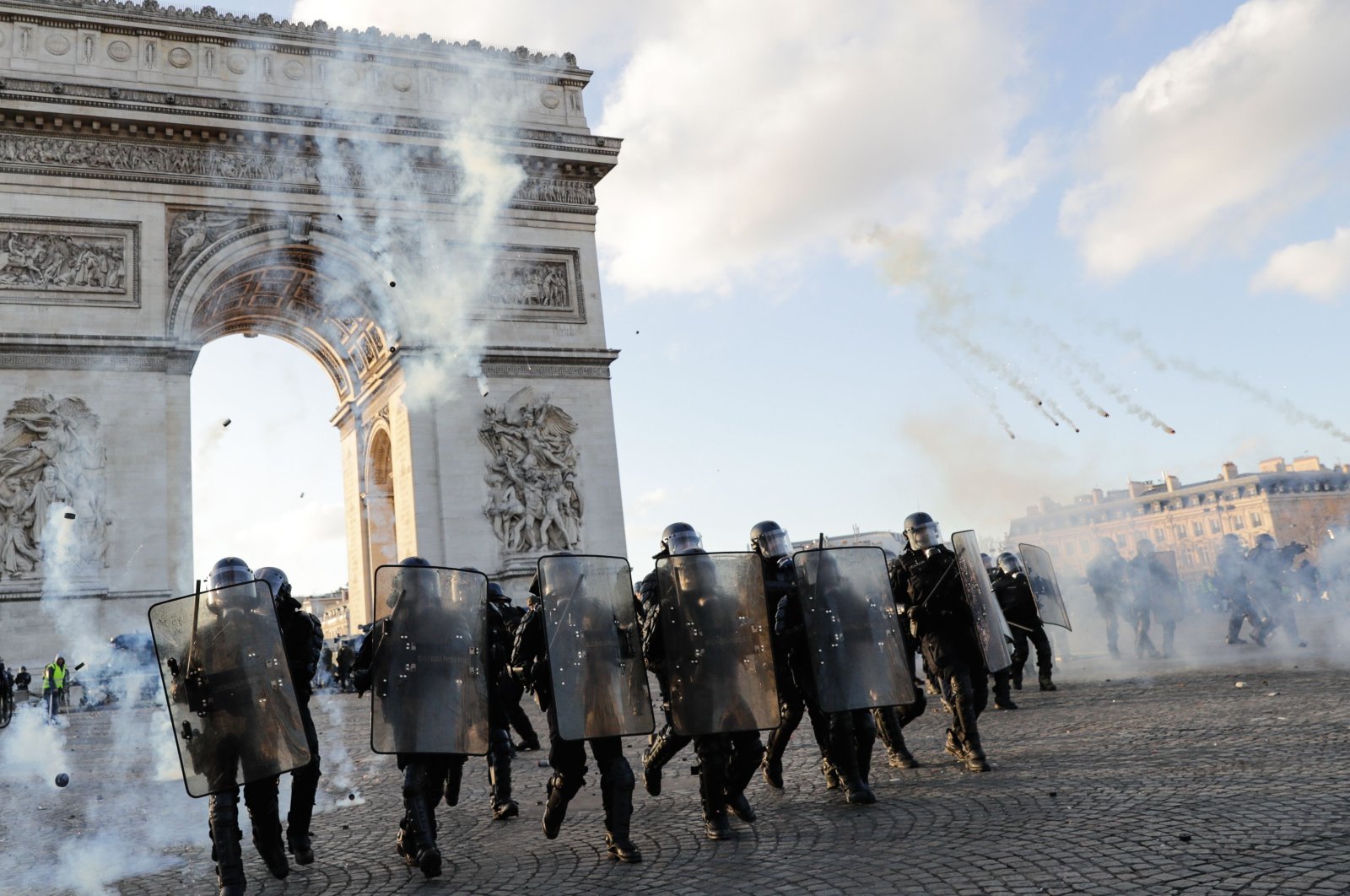 On the second anniversary of the yellow vest protests, which were marked by the excessive use of force by police, the French parliament Tuesday opened a debate over a security bill that aims to restrict photos and videos that identify police officers. The move has caused an uproar over worsening fundamental rights in the country.

Offenders would face up to one year in prison and a 45,000-euro ($53,000) fine under the proposed law championed by lawmakers of President Emmanuel Macron's party, which forms a majority at the National Assembly.

The bill's most controversial measure would make it a new criminal offense "to disseminate, by whatever means and on whatever media, with the intent of causing physical or psychological harm, an image of the face or any other element that could identify a police officer."

The question of police violence in France has entered the mainstream since the yellow vest protests. The French government has been confronted with a stream of shocking social media videos that showed excessive use of force by police against protesters.

In the wake of George Floyd's death at the hands of American police and the global protests it unleashed, the French government has been under growing pressure to address long-running accusations of excessive violence by police, particularly against minorities.

Critics are warning that the bill will result in massive self-censorship and argue that images posted online help expose police blunders and brutality. They say the measure would endanger journalists and citizen-journalists, especially during violent demonstrations. They also worry about how courts will determine whether images were posted with an intent to harm.

The measure's backers include Interior Minister Gerald Darmanin. Speaking last week, he said it is needed because officers "are constantly threatened in their personal life" after being identified and because there are "calls for female officers to be raped." He downplayed any impact for journalists, saying they'll "obviously still be able to film any police intervention."

France's national police have long complained about being overworked, underappreciated and underpaid and have tried to press their cause in the past to no avail. In addition to months of yellow vest protests, the police were called upon for extra shifts and duties following a deadly attack in December near the Strasbourg Christmas market, which led to increased surveillance around France.

During the yellow vest protests, a group of French police, calling themselves "les Gyros Blues," or "the blue lights," had launched a call for demonstrations against French President Emmanuel Macron's government.