Humanitarian concerns grow over treatment of migrants in Bosnia-Herzegovina 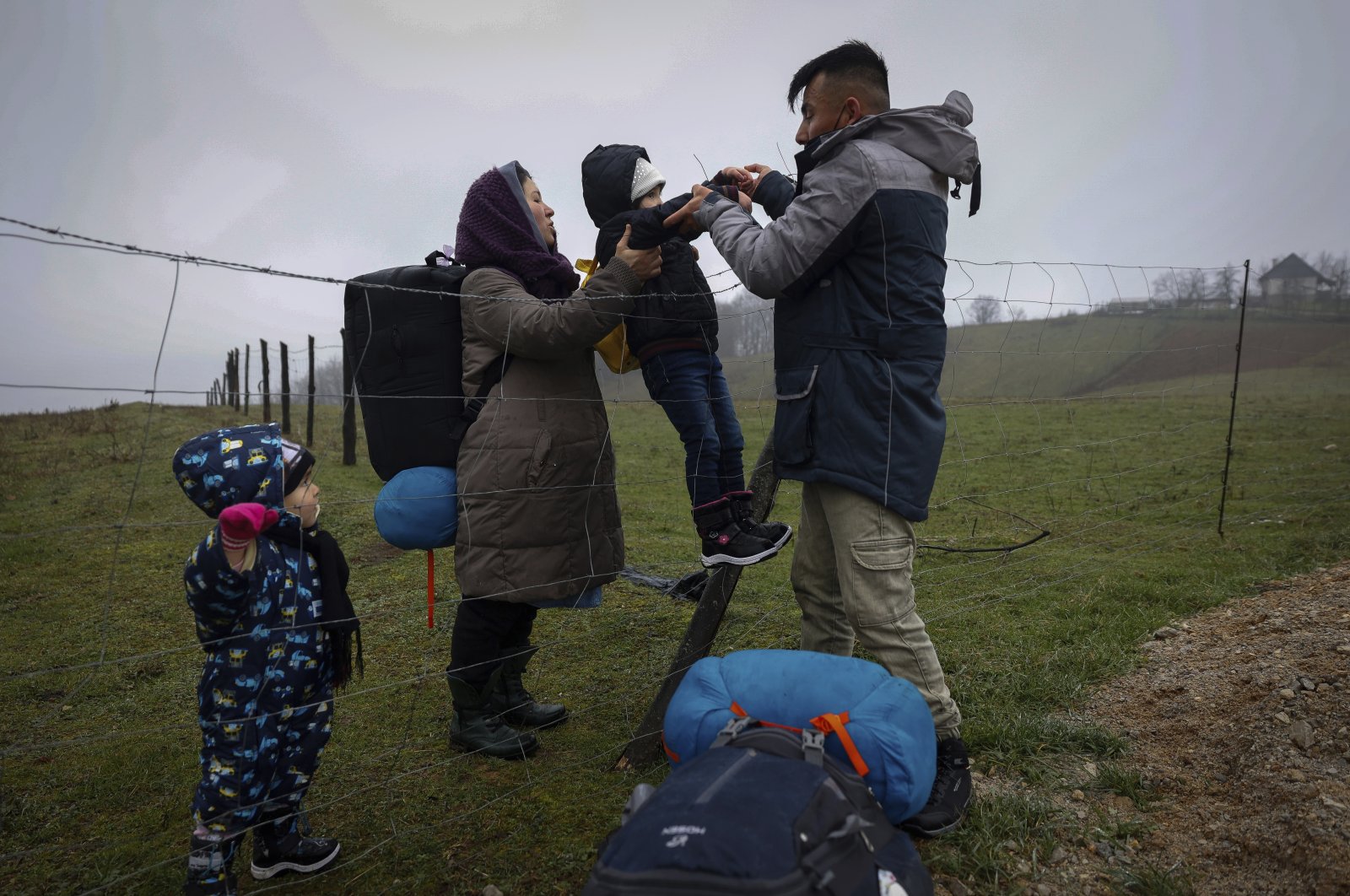 Malika, 2nd left, passes their 5 years old daughter to her husband Mohammed as the Afghan family climb over a wire fence close to the Bosnian-Croatian border near Velika Kladusa in Bosnia-Herzegovina, Dec. 9. 2020. (AP Photo)
by ASSOCIATED PRESS Dec 11, 2020 3:19 pm
RECOMMENDED

A top European human rights envoy on Friday joined the European Union in calling for urgent action to improve the conditions for thousands of migrants and refugees who are stuck in Bosnia-Herzegovina at the start of a tough Balkan winter.

The Council of Europe’s human rights commissioner, Dunja Mijatovic, in a letter to Bosnian officials warned of a looming humanitarian crisis in the northwest of the country.

Bosnia-Herzegovina has faced criticism for years for its handling of the influx of thousands of people fleeing war and poverty in their countries. The politically unstable and impoverished Balkan nation is still recovering from a devastating conflict in the 1990s and has failed to find a coherent response to the crisis.

Last year, Mijatovic and other international officials pressured Bosnia-Herzegovina into closing down a tent camp that was set up on a former landfill and lacked basic facilities, drawing international outrage. A year later, however, about 3,000 people still are believed to be sleeping rough in makeshift tent camps or abandoned houses with no facilities.

The European Union mission in Bosnia-Herzegovina has warned this week that the country must urgently act to save lives. Mijatovic said that the situation can be improved by better coordination and organization despite additional burdens inflicted on the country by the coronavirus pandemic. She cited reports of "seriously substandard” living conditions in the Lipa camp in the northwestern town of Bihac, including lack of electricity and running water and reports of overcrowding.

"The authorities of Bosnia and Herzegovina must ensure as a matter of urgency that basic needs such as adequate accommodation and access to health care, food, water and clothing are met,” she said in a letter to Bosnia-Herzegovina's head of government, Zoran Tegeltija, and security minister, Selmo Cikotic.

Divided into two feuding entities, Bosnia-Herzegovina has lacked a unified policy regarding the migrants. The Serb-run part of the country has refused to accept any migrants, and the overburdened northwestern region has complained it has been left on its own despite help from international organizations.

Migrants come to Bosnia-Herzegovina with the aim of reaching neighboring EU nation Croatia before moving on toward Western Europe from there. To cross to Croatia from Bosnia-Herzegovina, migrants often use hidden mountain routes in the northwest of the country with entire families walking for miles and sleeping rough along the way.

The season's first snow earlier this month has triggered alarm about the upcoming winter as migrants in make-shift camps appealed for help in freezing temperatures. Many have also alleged pushbacks and violence at the hands of Croatia’s police.

Mijatovic also called for improving procedures for asylum-seekers, an end to anti-migrant rhetoric and smear campaigns against activists helping them and more comprehensive care to be provided for the nearly 500 unaccompanied migrant children in Bosnia-Herzegovina, including access to education.