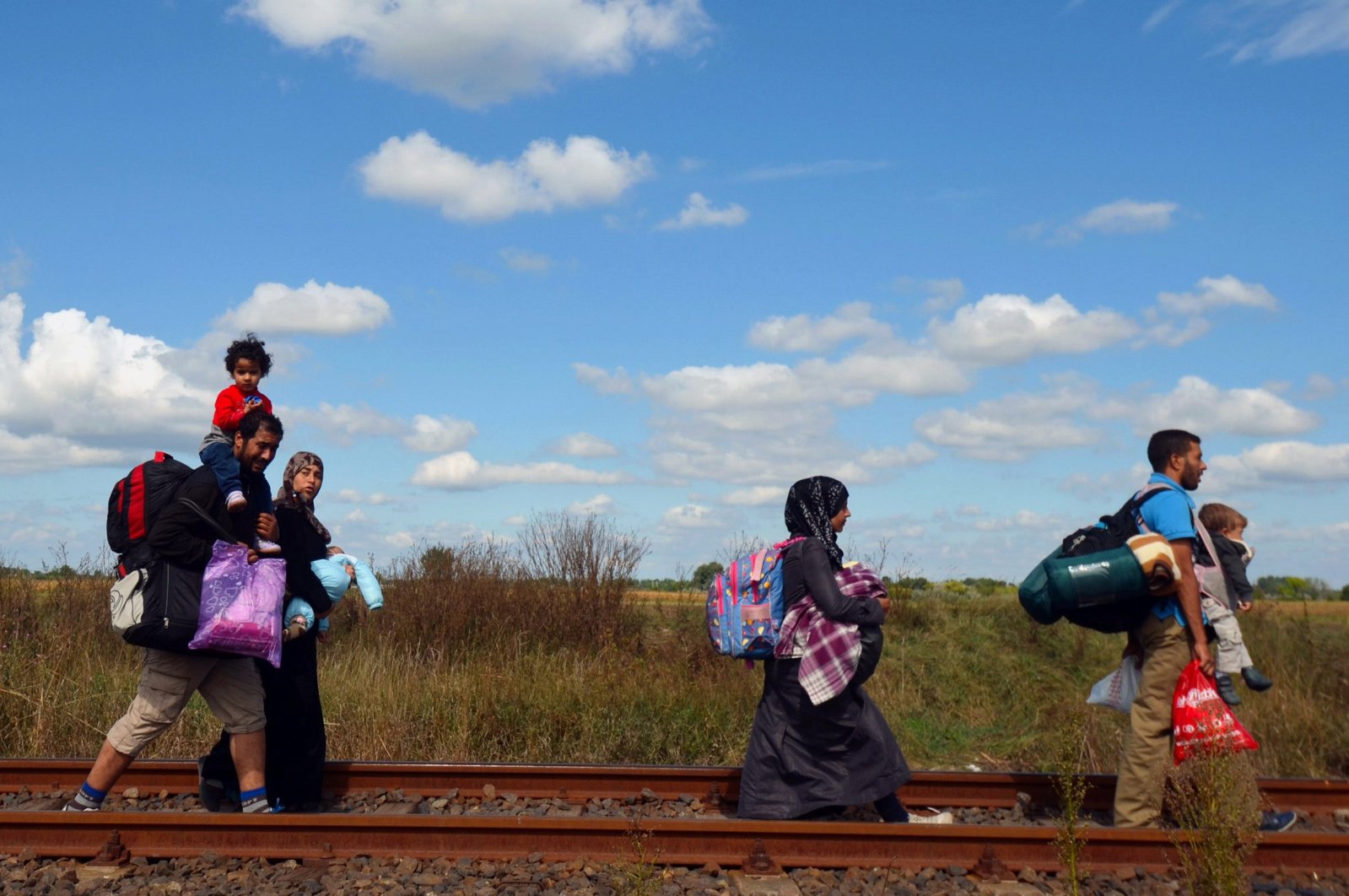 Migrant families walk on the railway track at the Hungarian-Serbian border near the village of Roszke, Hungary, Sept. 6, 2015. (AFP Photo)
by Agencies May 21, 2020 12:56 pm
RECOMMENDED

Hungary’s government said Thursday that it is shutting down the transit zones on its southern border with Serbia where asylum-seekers are being kept while their asylum requests are reviewed.

Prime Minister Viktor Orban’s chief of staff said that, as a result, some 280 asylum-seekers will be moved Thursday to reception centers in the country.

"The transit zone was a solution that protected Hungary's borders, and the European Court of Justice's ruling in this case was unfortunate. Since Hungary is obliged to comply with the verdict, it can do nothing but eliminate the transit zones," an official in the prime minister's office, Gergely Gulyas, told a news conference.

Gulyas also said that, once the transit zones are scrapped, those seeking to apply for asylum in Hungary will have to present their claims at Hungarian embassies and consulates.

The government decision comes after the European Union’s top court last week ruled that holding asylum-seekers in Hungary’s transit zones amounted to "detention” and said it was allowed for a maximum period of four weeks.

"The Hungarian government disagrees with the ruling; we consider it a risk with regard to European security, but as an EU member state, we will adhere to all court rulings," Gulyas told an online press briefing.

The Court of Justice was reviewing the case of two Afghan and two Iranian nationals who arrived in Hungary from Serbia in late 2018 and early 2019 and applied for asylum from the Hungarian Röszke transit zone on the Serbian-Hungarian border.

Gulyas said four people currently in the transit zone would be detained elsewhere, while another 280 people would be moved to a facility for asylum-seekers.

Hungary built fences protected by razor wire on its southern borders with Serbia and Croatia and later a pair of transit zones on its border with Serbia in the wake of the 2015 migrant crisis, when some 400,000 people passed through Hungary on their way to Western Europe.

The measures were part of Orban's increasingly strict anti-immigration policies and the extreme minimization of Hungary's asylum system.

The transit zones built from shipping containers were a frequent target for widespread criticism from domestic and international rights groups.

They objected, for example, to the small number of asylum-seekers allowed to file claims, the prison-like conditions faced by those kept in the transit zones – including families with small children – and Hungary’s frequent decision not to provide food to adults whose initial asylum claims were rejected but who remained in the transit zones while their appeals were heard.