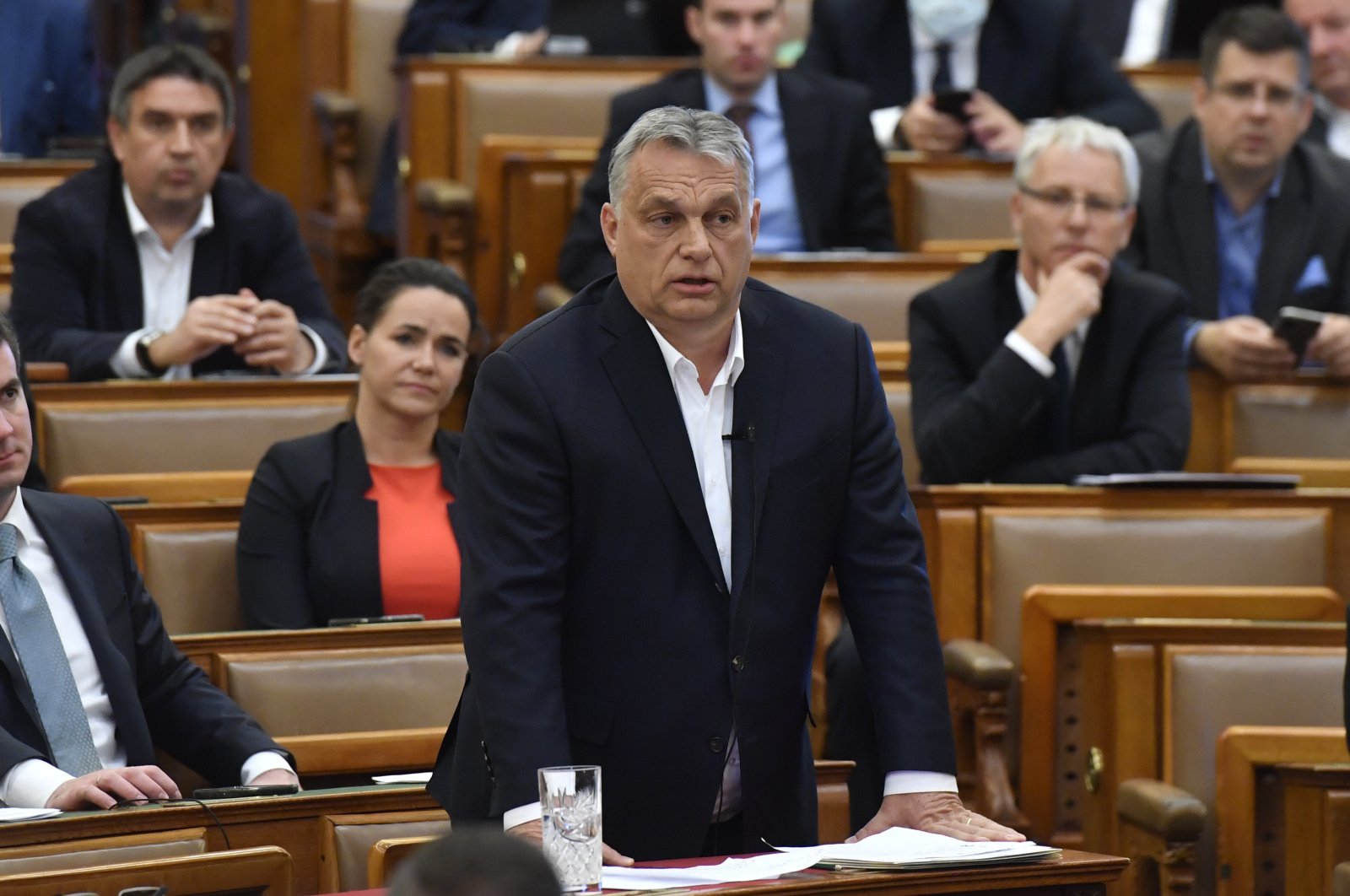 Critics at home and abroad have condemned the "anti-coronavirus defense law," saying it gives Orban unnecessary and unlimited power and is a means of cementing his position rather than battling the virus.

After declaring a state of emergency on March 11, the new law gives Orban the power to indefinitely rule by decree until the government decides the emergency is over.

It removes the current requirement for deputies to approve any extensions to decrees. Elections cannot be held either during the emergency period.

It also introduces jail terms of up to five years for anyone spreading "falsehoods" about the virus or the measures against it, stoking worries for press freedom.

The measures come into effect as of midnight on Monday.

The parliament, where Orban's Fidesz party enjoys a dominant two-thirds majority, passed the bill by 137 votes to 53.

"At the end of the emergency, all powers will be fully restored" to parliament, said Orban after the vote, dismissing opposition fears of a long-running period of rule-by-decree.

The vote marked another controversial milestone in Orban's fractious decade in power.

"Democracy cannot work without free and independent media," von der Leyen said in a statement. She did not name Hungary but it will nevertheless be seen as a rebuke to Orban's adoption of rule by decree.

"Any emergency measures must be limited to what is necessary and strictly proportionate. They must not last indefinitely," von der Leyen said.

Since the self-styled "illiberal" nationalist Orban won power in 2010, he has transformed Hungary's political, judicial and constitutional landscape.

This was "particularly the case for the law passed today," he added.

Among the international bodies expressing concern over the bill before it became law were the U.N. human rights office, the Council of Europe, and the Organization for Security and Co-operation in Europe.

Orban has given short shrift to criticism of the coronavirus law, accusing critics of alarmism and telling "European nit-pickers" to let Hungary defend itself against COVID-19.

Justice Minister Judit Varga told foreign reporters last week that the constitutional court could provide oversight, while the parliament could revoke the decrees at any time.

The opposition were "fighting imaginary demons and not dealing with reality," she said.

A government spokesperson Zoltan Kovacs said Monday that the decrees were also time-limited by the pandemic itself, which "hopefully ends one day."

Last week, opposition MPs warned they did not trust Orban not to abuse indefinitely granted special powers. They refused to support fast-tracking the bill without time deadlines.

Many cited a so-called "state of crisis caused by mass migration" that Orban's ruling Fidesz party declared in 2016 and which remains in place, despite migration numbers to Hungary having fallen sharply since then.

Akos Hadhazy, an independent deputy, told AFP that Orban did not need any "extraordinary empowerment" as his party already controlled parliament. Instead, he said, the ruling party had set a "trap for the opposition."

Pro-government media had accused the opposition of encouraging the virus by rejecting the bill.

"Beyond further increasing his power, Orban's goal was to present a bill that cannot be supported by opposition lawmakers, so that they can be blamed throughout the emergency for not supporting the government in times of crisis," said Andras Biro-Nagy, an analyst at the Budapest-based Policy Solutions think-tank.

"National unity is not Orban's way of doing politics," he told AFP.

The fiercely anti-immigration Orban has blamed migration for bringing the virus to Hungary, saying "primarily foreigners brought in the disease."

The first two confirmed coronavirus cases in the EU member state of 10 million were Iranian students.

Hungary has since reported a total of 447 cases with 15 deaths. More than 13,300 tests have been carried out, the government said Monday.

"The press and NGOs now have a particularly important role to play in controlling the government," said a statement after the vote by the Hungarian Helsinki Committee refugee rights group.