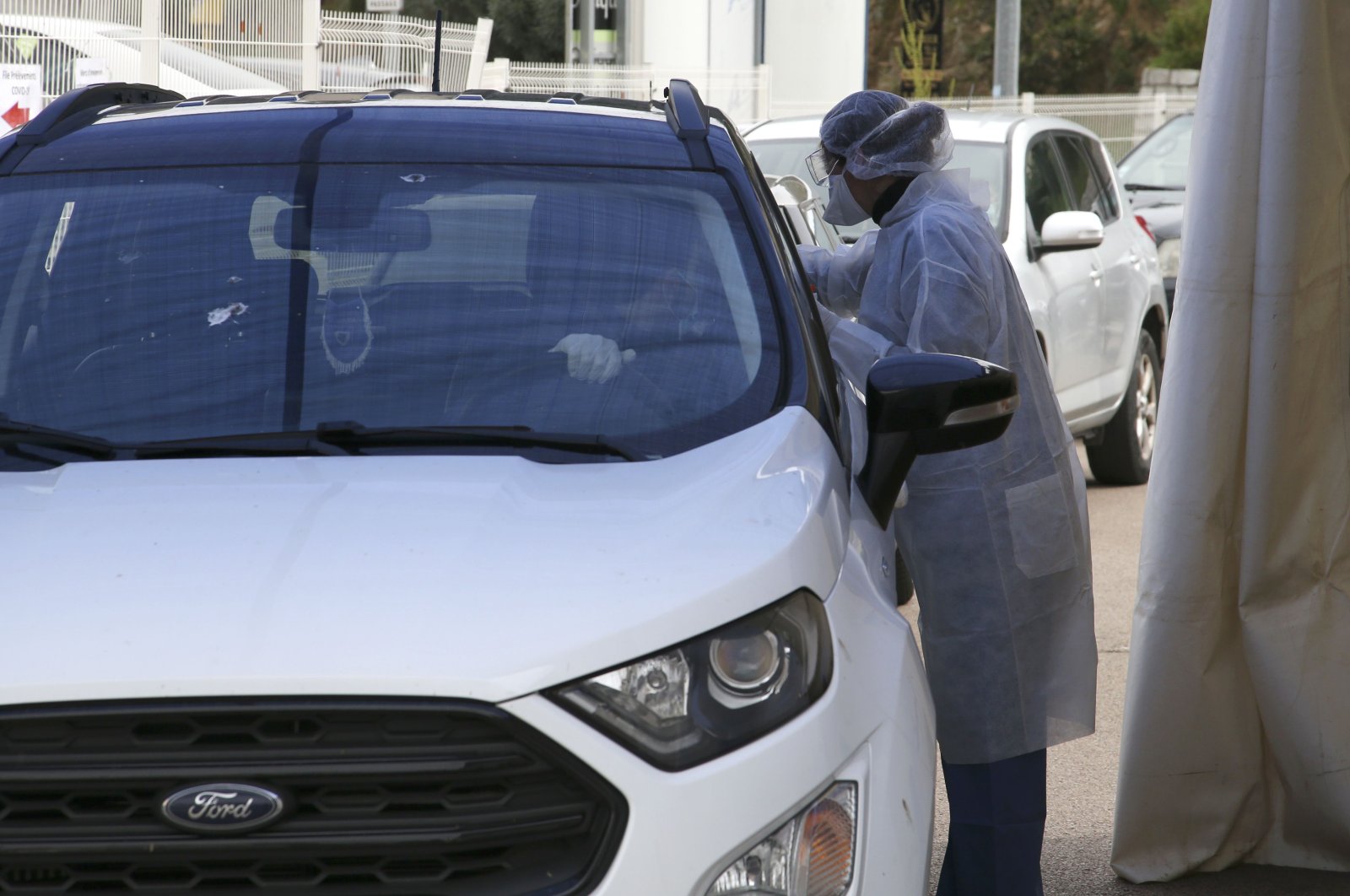 A doctor takes a sample from a patient at a drive-through testing center during a COVID-19 test in Ajaccio, on the French Mediterranean island of Corsica, on Thursday, March 26, 2020. (AFP Photo)
by Daily Sabah with Wires Mar 26, 2020 4:14 pm
RECOMMENDED

Mass testing in Iceland revealed that half of the COVID-19 cases show no symptoms.

With a population of barely over 360,000 people, Iceland was able to test almost 3% of its citizens, which the country claims is the highest ratio in the world, al-Arabiya says. As they are testing the broad populace and not only people showing symptoms, they found that half of the positively tested never actually showed any kind of symptoms.

Iceland currently has only 218 confirmed cases of the virus but the results of this testing method show that the virus is spreading more through people carrying it with no sign of being sick. This supports research by the University of Texas which found out that 10% of infected patients contracted the virus from someone who didn’t have any symptoms.

This raises the question if the testing conducted in China shows the actual numbers as they refuse to count asymptomatic patients as a confirmed coronavirus case – meaning that the pandemic is far from over. In China’s Wuhan, where the virus first emerged, there were several symptom-free virus cases found, a local magazine Caixin reported Monday – just days after China announced that there have been no new cases in the city. One unnamed Chinese official said that “there are still a few or a dozen asymptomatic people every day.” He went on to say that it cannot be determined if transmissions have been completely cut off in Wuhan.

As of Thursday, almost half a million people have contracted the novel coronavirus, with the death toll rising to 22,150.