Infant among 3 dead in Russian strikes on eastern Ukraine cities 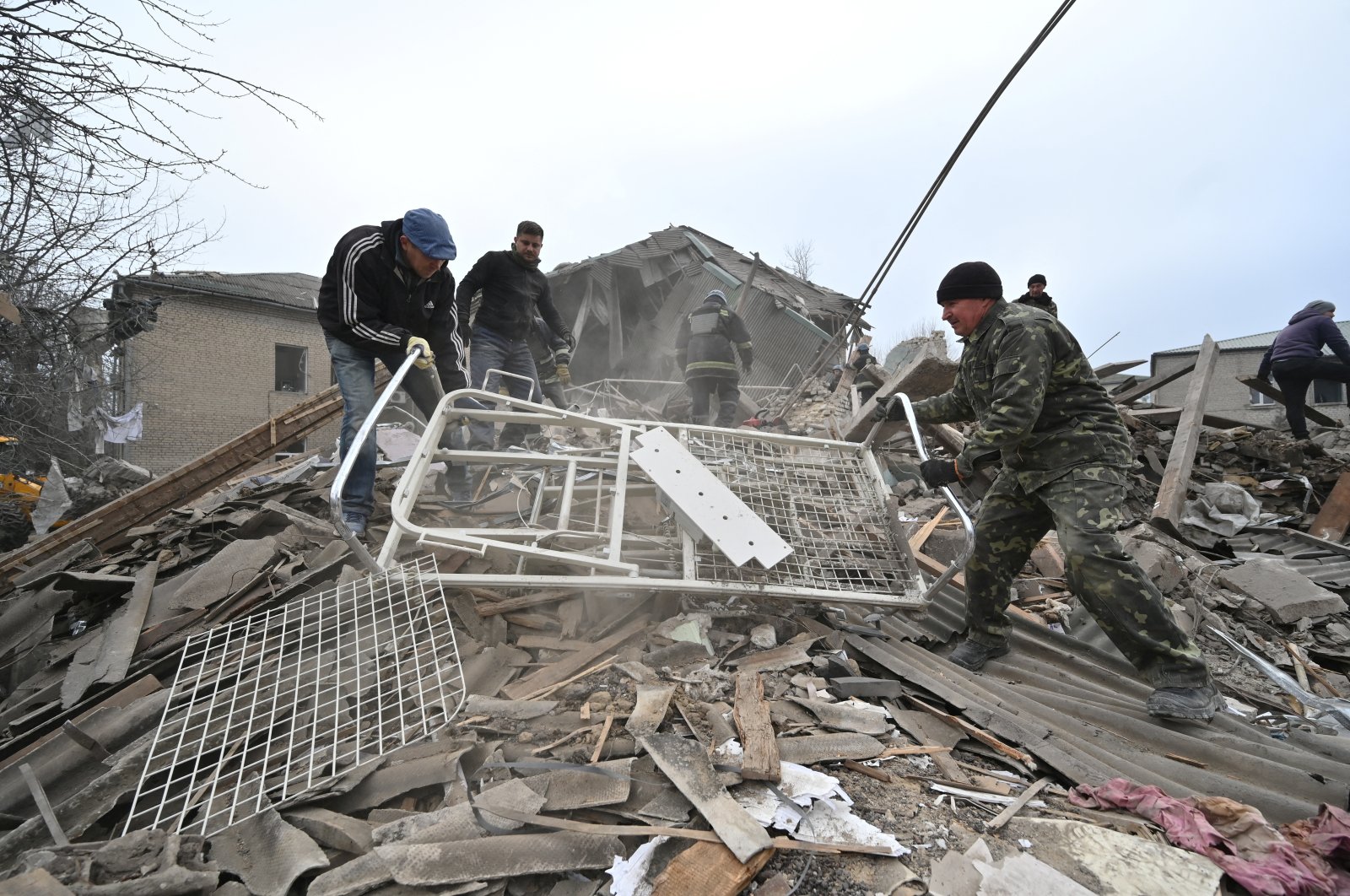 Rescuers work at the site of a maternity ward of a hospital destroyed by a Russian missile attack, Vilniansk, Zaporizhzhia region, Ukraine, Nov. 23, 2022. (Reuters Photo)
by Agencies Nov 23, 2022 12:06 pm
RECOMMENDED

An infant was among three people killed while four others were injured in Russian strikes on the eastern Ukrainian city of Kharkiv and Zaporizhzhia early Wednesday, according to local authorities.

"Another act of terrorism by the Russians. Around 7:40 a.m. (0540GMT), shelling took place in the city of Kupiansk. A nine-story residential building and a polyclinic building were damaged. Unfortunately, two people died – a 55-year-old woman and a 68-year-old man. One man was hospitalized, another was treated on the spot," Kharkiv Gov. Oleh Synyehubov said on Telegram.

Synyehubov added that a private home was damaged in Kupiansk in the shelling, and several houses and farm buildings were destroyed in the city of Vovchansk. No casualties were reported during the shellings.

Meanwhile, a 1-year-old was killed after a missile hit the maternity ward at a hospital in the southern Zaporizhzhia region.

"At night, Russian monsters fired huge rockets at the small maternity ward of Vilnius Hospital. Grief fills our hearts – a baby ... has been killed. Rescuers are working on the spot," Zaporizhzhia Gov. Oleksandr Starukh said on Telegram.

In his reaction to the missile strike, President Volodymyr Zelenskyy on Wednesday accused Russia of bringing "terror and murder" to Ukraine.

"Instead, it will only be held to account for all the evil it has brought to our country," he added.

Kyrylo Tymoshenko, the deputy head of the Ukrainian Presidential Office, later issued a statement on Telegram that the blast in the maternity hospital injured two doctors.

As of Monday, civilian casualties in the ongoing Moscow-Kyiv war reached 16,784, including 6,595 deaths and 10,189 injuries, according to the U.N. figures.