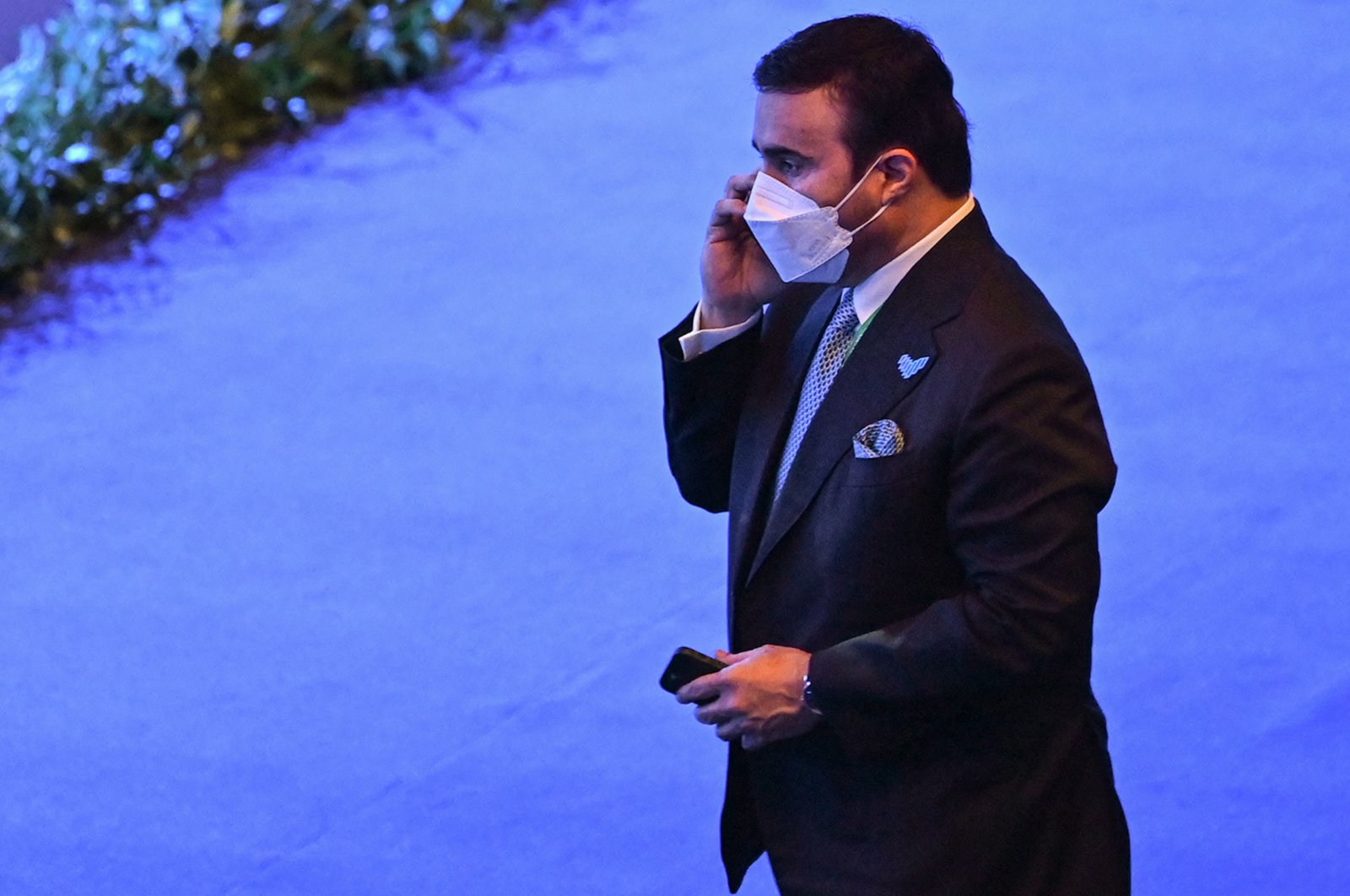 Maj. Gen. Ahmed Nasser al-Raisi, inspector general at the UAE interior ministry and then-candidate for the 2021 Interpol election speaks on the phone on the first day of the 89th Interpol General Assembly in Istanbul, Turkey, Nov. 23, 2021. (AFP Photo)
by REUTERS Nov 25, 2021 12:30 pm
RECOMMENDED

Although the presidency is a part-time role and does not oversee day-to-day operations of the agency, the president is a high profile figure who chairs meetings of Interpol's assembly and executive committee.

The credibility of al-Raisi was shaken after Human Rights Watch (HRW) and the Gulf Centre for Human Rights said in May that his department had not investigated credible allegations of torture by security forces, and electing al-Raisi would put Interpol's commitment to human rights in doubt.

A spokesperson for the UAE Ministry of Foreign Affairs and International Cooperation said al-Raisi "strongly believes that the abuse or mistreatment of people by police is abhorrent and intolerable."

"We also do not have the mandate to, for instance, start any investigation on national issues. That is the national sovereignty where we have to stay away," Stock said this week.

The UAE ministry spokesperson said that any legal complaint filed with allegations against "al-Raisi is without merit and will be rejected."