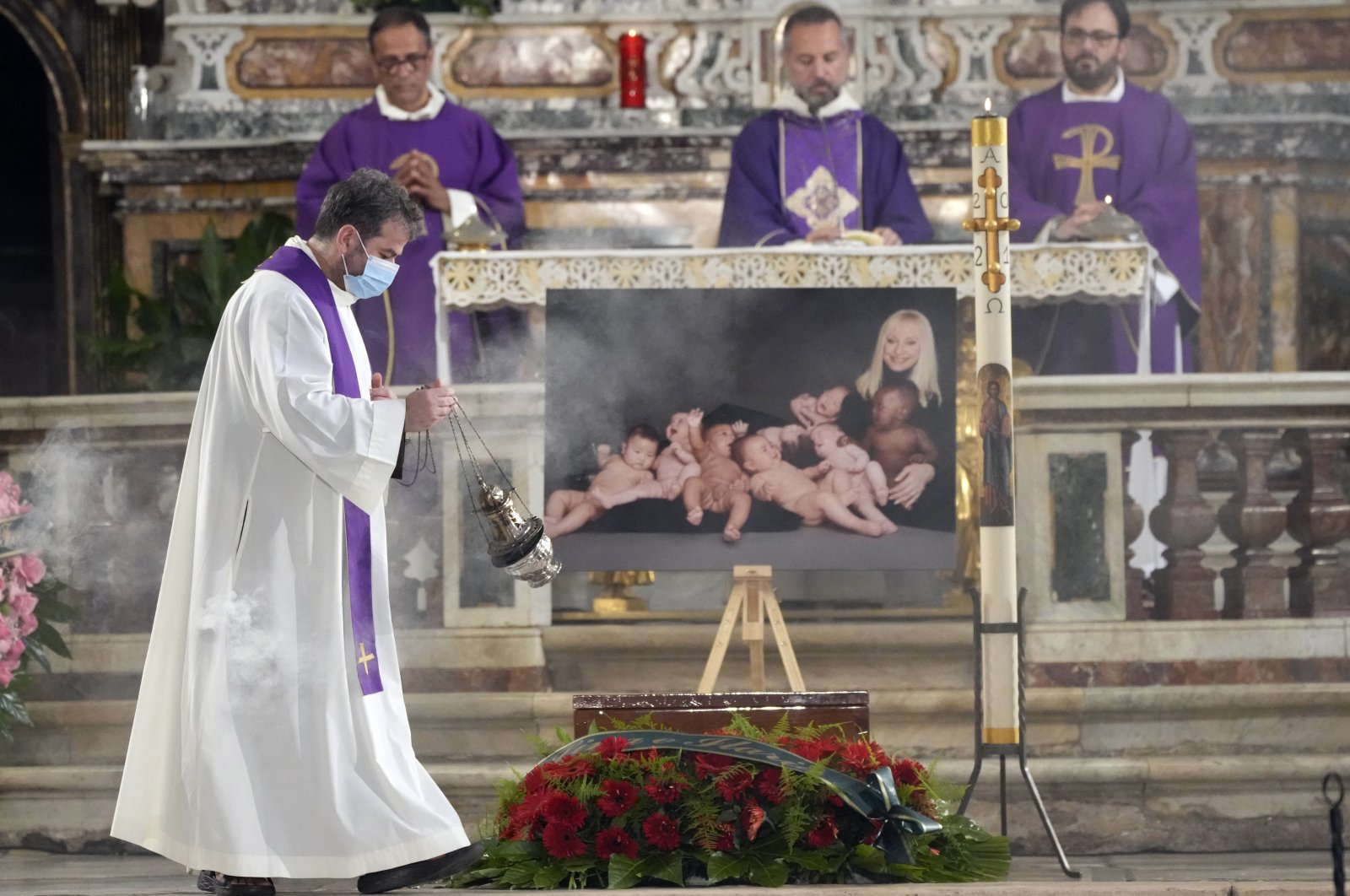 A priest spreads incense on the coffin of Raffaella Carra' during her funeral at the Santa Maria in Aracoeli Basilica in Rome, Friday, July 9, 2021. (AP Photo)
by DAILY SABAH Jul 13, 2021 3:06 pm
RECOMMENDED

In Italy, a group of alleged crooks disguised as cardinals and attempting to defraud people out of millions of euros were caught in a covert police operation in which the officers themselves were dressed as priests.

Five gang members between the ages of 58-75 were arrested in an operation that was carried out in the Italian capital of Rome. All of them were charged with fraud and qualified theft as they tricked people by wearing the special robes of cardinals – the highest religious rank of the Catholic Church – and presenting themselves as "the Vatican's intermediary." The accused were arrested at Basilica of Santa Maria degli Angeli, in Rome's central Piazza Esedra. The defendants allegedly deceived the victims at meetings at the pontifical Gregorian University in Rome.

According to Italian media outlets, the gang was promising business people in financial difficulties that they could access advantageous loans from the Vatican bank. To be credible, gang members made appointments close to the Vatican.

The police appeared dressed as priests and saw that the gang had received €15,000 ($17,728) in cash from someone to whom they had promised a loan of €500,000. The gang members, who tried to escape through the back door after receiving money, were detained.

The Italian Carabinieri police caught the alleged leader, Lucio Cesaroni, who said on the wiretap conversation: “How can the Carabinieri arrest me? I am extraterritorial."

The investigation was initiated upon the complaint of two hotel operators who were defrauded of €20,000 and €75,000 Euros in 2017.