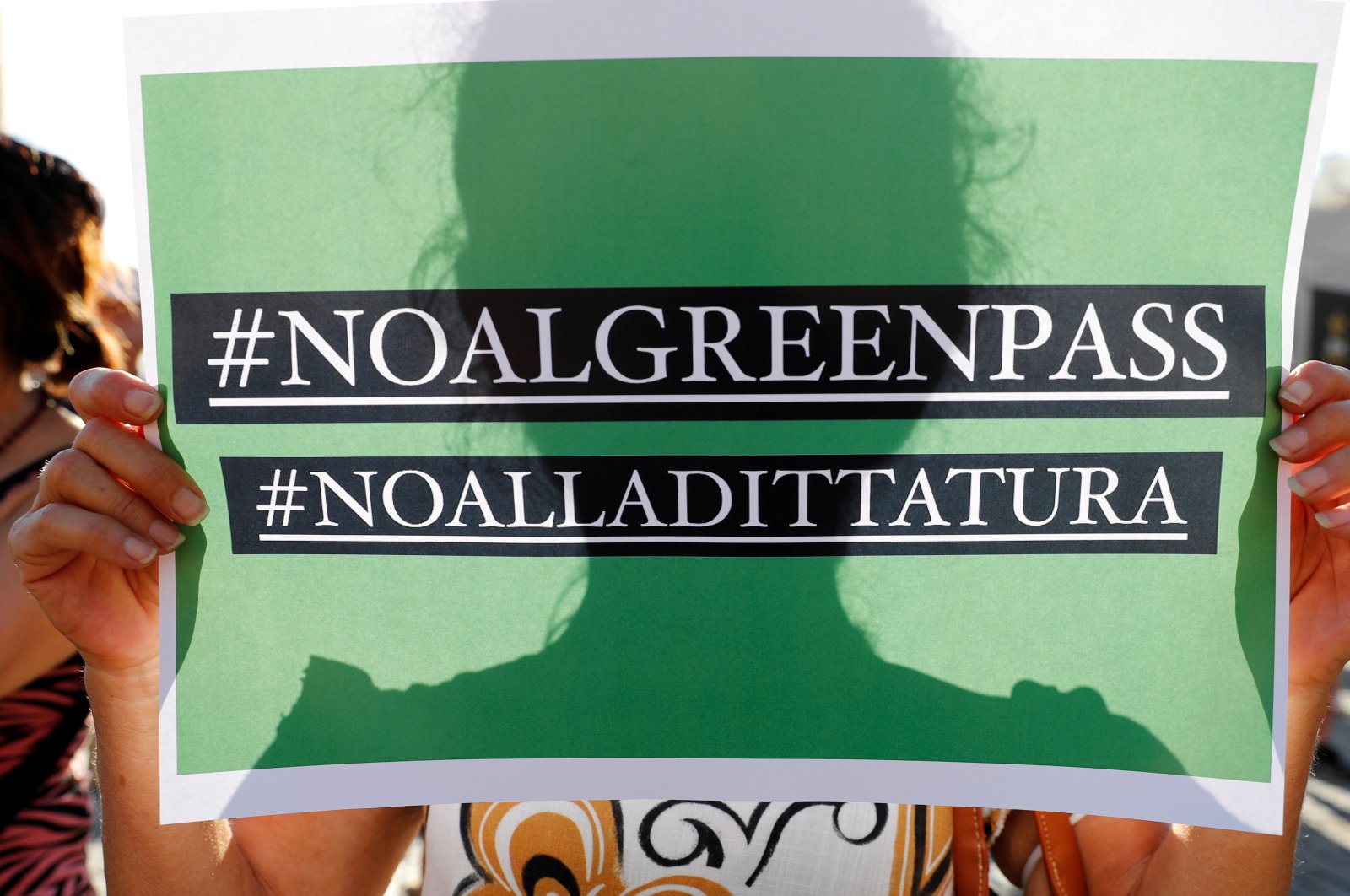 Protesters demonstrate against the Green Pass, a certificate that shows if someone has received at least the first dose of a COVID-19 vaccine, has tested negative or has recently recovered from the virus, that has become mandatory to access an array of services and leisure activities, Rome, Italy, Aug. 7, 2021. (Reuters Photo)
by REUTERS Sep 09, 2021 12:00 pm
RECOMMENDED

A police statement said Thursday that searches had been conducted in six Italian provinces, including Milan, Rome and Venice, and that the eight placed under investigation were part of a group calling itself "the warriors" on the Telegram messaging app.

Investigators suspect they were preparing to carry out attacks during demonstrations scheduled in Rome on Saturday and Sunday against the government's "Green Pass" health documents allowing entry to many venues during the COVID-19 pandemic.

The investigators suspect the group was using Telegram to organize its activities and to encourage others to carry out attacks in other cities, the statement said. It did not say what the targets of any attacks might be.

The Green Pass is a digital or paper certificate that shows whether someone has received at least one COVID-19 vaccine dose, has tested negative or has recently recovered from the virus.

It was introduced this summer to try to prevent infections and encourage people to get vaccinated. It was initially needed to enter many cultural and leisure venues, but its scope has gradually been widened.

It is the latest effort to try to control a pandemic that has claimed almost 130,000 lives since sweeping across Italy in February 2020, but has sparked small and occasionally violent protests.

More than 39 million people in Italy – almost 73% of the population over the age of 12 – have been fully vaccinated.

The scheme has caused protests by some Italians who say it tramples on freedoms, but only a handful of people showed up at a mass demonstration organized last week to block railway traffic across the country.